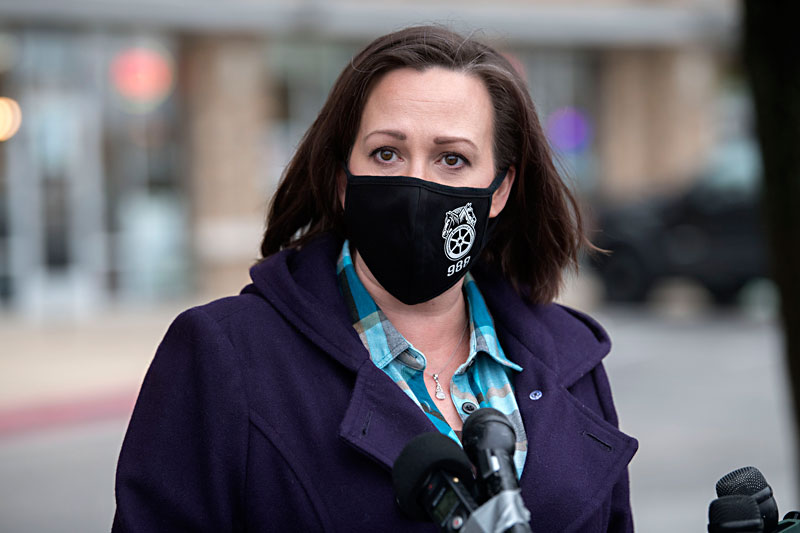 There's no sugar-coating the dismal outcome of Election 2020 for Texas Democrats, who as of this writing had failed to pick up a single seat in Congress, lost all the statewide races, and saw no net change in their nine-seat deficit in the Texas House. So much for the Bluenami that not just eager Dem activists, but all the other typical measures of campaign prowess – polls, pundits, fundraising, and the like – had predicted would materialize at some level of intensity, even if Joe Biden or MJ Hegar winning the state seemed a bit out of reach.

The best news for the blue team was that the Texas GOP also did not make any gains on its existing standing; the Democrats' class of 2018 held on to its Dallas and Houston congressional pickups and 11 of 12 of its Texas House seats, and the party also picked off the lowest-hanging red fruit in the Legislature (Rep. Sarah Davis in Hous­ton and Sen. Pete Flores in Southwest Tex­as). But yet another cycle in which Dems and progressives are reduced to claiming moral victories was not what anybody had planned for, certainly not the folks who spent at least $100 million this cycle to turn Texas blue.

Yet another cycle in which Democrats and progressives are reduced to claiming moral victories was not what anybody had planned for...

Much has been made of the very unexpected strength shown by the Trump ticket in Texas' own "blue wall" counties in South Texas, and certainly that has something to do with the underwhelming top-of-ballot results. But it's also true that Democrats earned more votes than ever before in Texas and held on to their 2018 gains in most of the affluent suburban counties that have broken blue. So there will be plenty of back-and-forth as both Ds and Rs absorb these results.

For now, though, while Austin's all-Dem legislative delegation remains intact, so does its mostly-GOP congressional delegation, the beneficiaries of several cycles of gerrymandering that now will almost certainly be maintained in next year's redistricting. For much of the night, the three leading "Red-to-Blue" local candidates on the national Democrats' target list – Mike Siegel in TX-10, Wendy Davis in TX-21, and Julie Oliver in TX-25 – appeared to be in races that were as competitive as promised against incumbent Reps. Michael McCaul, Chip Roy, and Roger Williams.

But as Election Day votes materialized, it became clear that outside of the 20 bluest counties, Texas had shifted substantially back toward the pre-2018 GOP mean performance. Outside of Travis (for all three), Hays (for Davis), and Bell (for Oliver), the incumbents racked up massive margins and ended up overperforming their 2018 results, despite much higher turnout that ostensibly favored the Democrats. For McCaul and Williams, those 2018 races were also against Siegel and Oliver, whose better-than-expected results then understandably raised hopes that they'd be able to seal the deal now, only to be dashed.

The other congressional seats that seemed to be ripe for Democrats to pluck – such as TX-22, TX-23, and TX-24, all vacated by incumbents who'd suffered near-death experiences in 2018 – likewise stayed in GOP hands, as did TX-31 in Williamson and Bell counties, where John Carter prevailed over Donna Imam, and TX-17, where 2018 casualty Pete Sessions found redemption in a different district and defeated Austin's Rick Kennedy.

As for the other state races, spirited attempts by the mostly female slate of Dem candidates – Hegar, Chrysta Castañeda for Railroad Commission, and six of seven nominees for the state's high courts – also fell flat. A couple of more local bright spots: Longtime Travis County District Judge Darlene Byrne unseated GOP Chief Justice Jeff Rose on the 3rd Court of Appeals, and Rebecca Bell-Metereau appears to have finally, after several tries, won a seat on the State Board of Education.