In spite of record voter turnout, the Texas House did not manage to flip. Not only that – literally zero of the nine races Dems were so hopeful about succeeded. But in a dismal night for the Dems, the state representatives closest to Austin held on to their wins from 2018.

In House District 47 in western Travis County, Democratic incumbent Vikki Good­win narrowly won reelection by 1% over Austin police officer (and union official) Justin Berry. "I ran for office to fight for our public schools," she said in a press release late Tuesday night. "While I am proud of what we accomplished during the 86th Legislative Session with [House Bill] 3, I know there is more to do to ensure our children receive the best education available." In the last session, Goodwin co-authored the landmark school finance reform bill HB 3 and raised retired teacher pay with Senate Bill 12; in the 87th legislative session, she aims to raise pay for teachers, "continue to push for a Climate Change Commission in Texas, [and] work with the Citizens Climate Lobby to push forward the carbon tax and dividend model." Goodwin enjoyed the endorsement of such influential groups as Workers Defense Action Fund, Sierra Club, and NARAL Pro-Choice Texas, but Berry's sizable percentage of the vote signals the GOP still has a lot of power in parts of sweet blue Travis County, and may have done better than expected with its late-campaign emphasis on law enforcement. The split Texas House will "be more of the same," according to Goodwin. "Not a lot of movement on environmental issues." 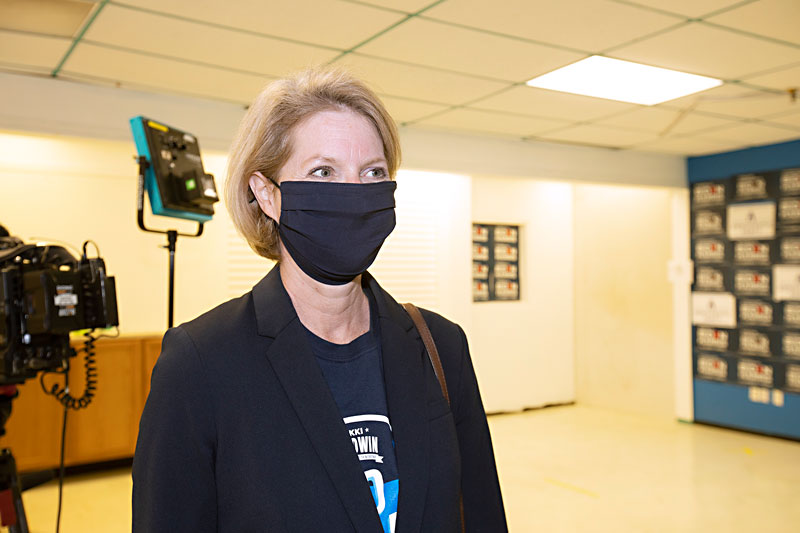 To Goodwin's south, Erin Zwiener, D-Driftwood, won reelection in Hays and Blanco counties' HD-45. In Hays, Zwiener got 52% to Carrie Isaac's 47%; while Isaac won 74% in Blanco, it makes up only about 10% of the district's electorate, so Zwiener maintained a lead of 1% to pull through. Zwiener was characterized as an environmental leader in the 86th, passing bills to protect the Hill Country's night skies and water sources, as well as co-founding the House LGBTQ Caucus. Isaac likely benefited from name ID as the wife of Zwiener's GOP predecessor Jason Isaac, who gave up the seat to unsuccessfully run for Congress. Taylor Bounds, Zwiener's campaign manager, said in a press release, "This election cycle saw challenges that we as a district, state, and country never could have anticipated. Despite the difficulties ... Represent­a­tive Zwiener is headed back to the Capitol to continue working for Hays and Blanco Counties." Zwiener said in a tweet Tuesday night, "Now it's time to get ready for the 87th Legislative Session, so that we safely rebuild the Texas economy and continue to fight for public education, affordable health care, and this beautiful slice of Texas we call home."

The other two members of "the 12" – Dems who flipped Texas House seats in 2018 – who represent parts of Austin also prevailed in their reelection efforts in Wil­liam­son County. James Talarico, D-Round Rock, finished with 51.4% over Lucio Valdez, while John Bucy III, D-Austin, took 53.3% to defeat Mike Guevara.

At the county level, Travis voters put an exclamation point on their reliably Democratic preferences, flipping the last GOP-held seats in all of county government. As expected, Andy Brown will be the next county judge, filling the unexpired term of now-Sen. Sarah Eckhardt. While many were uncomfortable with the process by which Brown was selected as the Demo­cratic nominee, via the votes of county precinct chairs, his high profile involvement in Beto O'Rourke's campaigns, five-year stint as chair of the Travis County Democrats, and 2014 bid for the same seat (losing to Eckhardt) established his bona fides. His main priorities are COVID-19 relief and diversion from Travis County jails, the biggest line item in the county budget. "We need to invest more in mental health care [and] a science-based approach to safely get through COVID and get onto the hard work of reforming our criminal justice system."

Ann Howard, former executive director of the End Community Homelessness Coalition, flipped Precinct 3 on the Com­mis­sioners Court, which had been held by local GOP stalwart Gerald Daugherty for 14 years (with a four-year gap). Howard attributes her resounding win over Becky Bray, in a precinct that largely overlaps the much-closer HD-47 race, to "work by volunteers like the Blue Action Dems to turn out more Democrats ... I know the further west you got I didn't win those precincts, so the ground game of closer in ... [and] a protracted campaign that allowed the voters to get to know me." Like many conservatives, Bray vehemently opposed Project Connect, but now that it's passed, Howard says the question is, "How do we make this work for my part of the community as well as the rest?"

Howard's main priority is wildfire prevention and readiness, and to assuage concerns about the court losing its last "sometimes-opposite view," according to Daugh­er­ty. Howard argues, "My background [is] as a nonprofit executive begging for money ... I want money spent wisely. These are public dollars and every penny is precious. That's a lesson I've learned; you don't just fund programs. You fund outcomes."

Rounding out the Hill Country races, in the bottom-of-the-ballot contest for a seat on the Barton Springs/Edwards Aquifer Con­servation District board, Christy Wil­liams won an impressive landslide victory over longtime incumbent Bob Larsen. "I did not expect such a defining message from the city," she said Wednesday morning. "Forty-some-thousand people went to the bottom of the ballot and made, in my opinion, an educated choice, because it wasn't just random or close. Our community is activated and educated ... It's still kind of shocking to me because of everything that was on the ballot."

Larsen, who had been in the position since 2002 and unchallenged since 2012, faltered recently in his wavering position on the Kinder-Morgan pipeline that would cross through the Edwards and Trinity aquifers. Williams was endorsed by major environmental organizations in Austin – Save Our Springs, Clean Water Action, Sier­ra Club – but she attributes her victory to a shift in public awareness. "Folks are getting more and more concerned about water availability, the city of Austin put out their Water Forward plan, all of that's happened in the last eight years. There's a lot more awareness about our water resources." 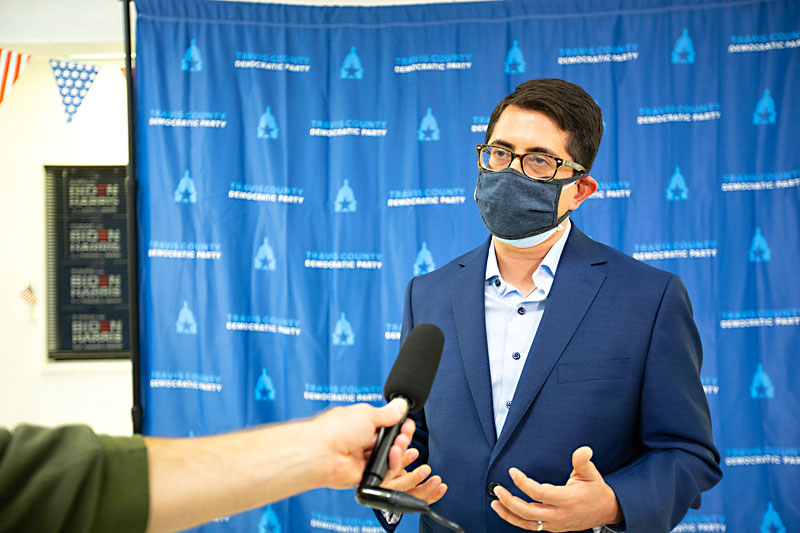 Elsewhere on the Travis County ballot, Demo­crats won resounding and swift victories, in many cases without opposition. Among them was new District Attorney-elect José Garza, who took 70% of the vote against GOP challenger Martin Harry. Speaking to reporters Tuesday night, Garza doubled down on his vision to reimagine the county's criminal justice system, including ending cash bail, focusing on prosecuting violent crimes – rather than low-level nonviolent offenses – and reforming Austin/Travis County's Sexual Assault Response and Recovery Team to begin "truly understanding why this system is failing so many survivors. ... We have a responsibility to build a criminal justice system where women are believed and survivors are treated with dignity and respect." – Beth Sullivan

A version of this article appeared in print on November 6, 2020 with the headline: The Blueberry Abides (Barely)