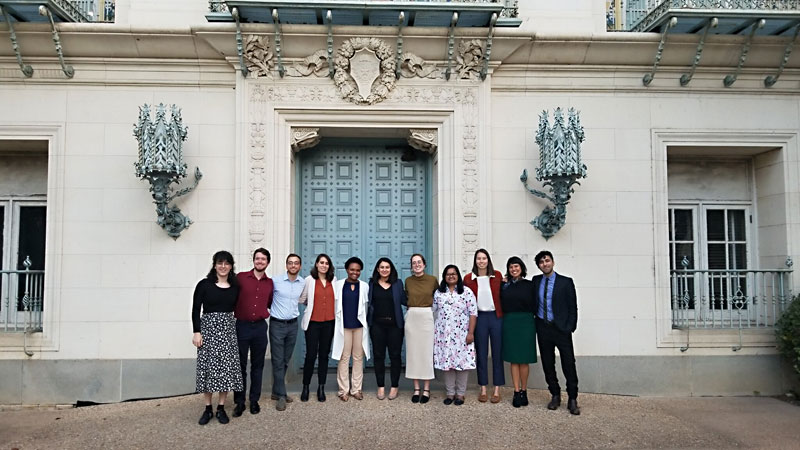 Since June, many have wondered if institutions would keep their promises to take a hard look at the ways they reinforce systemic racism and inequality. In one Austin city department, they're taking concrete steps. Austin Water is using research from a UT-Austin School of Archi­tec­ture study, "Mak­ing Equity Flow: Proposals for Advancing Racial Equity Through Water Department Practices," to design and implement programs that go to Council for approval this year.

In 2018, the city equity office conducted an audit of Austin Water as part of its citywide equity assessment, which grew into AW's Racial Equity Plan. In the fall of 2019, Miriam Solis, an assistant professor of community and regional planning at UTSOA who had been attending meetings at the equity office, began discussing a collaboration with Austin Water's Denise Avery. Solis' graduate practicum researched equity practices in other major urban utilities, building on AW's plan and culminating in three initiatives that will roll out in 2021.

The first is an expansion of the utility's Customer Assistance Program, AW's "greatest equity priority," according to the "Making Equity Flow" study. Established to give low-income customers discounts on their water bills, its key weakness is that multifamily residents are not eligible. According to the study, "Current eligibility covers customers whose water bill is in their own name, if they live in a residential unit that has its own water meter."

Solis says, "It's actually renters that need the most help," but only a handful of cities in the U.S. include them in their CAP programs. The practicum spoke to those that did and designed recommendations for a bill-credit program based on historical water usage or a deduction from rent, with the utilities communicating directly with tenants rather than landlords. "Those individuals are not, in essence, considered our customers, although they are the end users," explains Randi Jenkins, AW's assistant director of customer experience. "This study identified that gap. So I'm happy to report that we will be taking an updated multifamily CAP discount forward later this fall to Council to seek approval ... We should be able to roll out that new program in the beginning of 2021."

Solis’ graduate practicum researched equity practices in other major urban utilities, building on Austin Water’s plan and culminating in three initiatives that will roll out in 2021.

The second initiative is Phoenix, a recruitment pathway for formerly incarcerated people, which reflects additional challenges due to the pandemic. Austin Water's initial assessment identified a need for training in "interviewing skills, communications, and basic computer skills," says Becky Chen, division manager of safety and technical training. Phoenix, like many schooling endeavors at the moment, is unable to rely on in-person instruction. "Virtual sessions require a higher level of attention and focus ... Ideally, training would be done in person and include hands-on interactive components, as well as better ways to customize the training," Chen said. The program may be put on hold until pandemic conditions improve.

The last initiative, My ATX Water, involves advanced metering infrastructure (AMI) or "smart meters" and was included in Water Forward, the 100-year plan adopted in 2018 to prepare AW for climate change and regional growth. Smart meters that can be read digitally at any time will replace all 250,000 analog meters in the city, currently read once a month by contracted meter readers. The program received Council approval in March, and its pilot (5,000 new meters) will roll out this fall. But it may pose a serious threat to affordability; AMI more accurately measures residents' water usage and provides data they can use to adjust and conserve better – but "the median bill ... may rise by about $10 per month," according to the study. "Even if this is a small increase, we need to account for the cumulative impacts," says Solis. In response, UT's recommendation is that AW be transparent and "explain the reason for any bill increase and the advantages of AMI regarding ... conservation." Austin Water says the AMI team "will review and ... address these increases so that low-income communities are not disproportionately impacted before full deployment begins later in 2021."

This isn't the first time UTSOA has partnered with the city directly; the "Uprooted" report, funded by the city, studied displacement and gentrification throughout Austin, and UT's Center for Sustainable Devel­op­ment researched different scenarios for the old Home Depot tract at I-35 and St. Johns. But applying a racial equity lens to a water utility is a relatively new frontier. "We're bringing racial equity to a domain of planning work that hasn't historically engaged [it]," says Solis. By implementing UT's research and recommendations, the study says Austin Water "has the opportunity to become a national leader in water equity."

All three program areas are also included in the city Office of Sustainability's Climate Equity Plan, which closed for public comment last month. Feedback from the public comment period will be incorporated into the plan prior to it being presented to City Council. The Climate Equity Plan is an update that adds racial equity initiatives to the Community Climate Plan, which commits the city to net-zero carbon emissions by 2050.

Editor's note: An earlier version of this story incorrectly stated the Office of Sustainability's Climate Equity Plan was currently open for public comment; public comment closed last month. The story has been updated to reflect this correction, as well as clarify how feedback from public comment will be incorporated into the plan.