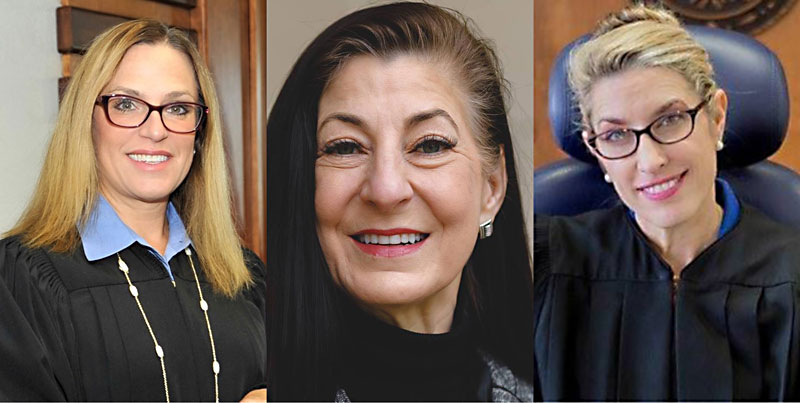 You all know about the presidential and U.S. Senate races. In recent weeks, we've told you about key races for Congress and the Texas Legislature. And at the end of the ballot, you'll find the contests for City Council and the Austin ISD board (or perhaps another city or school board, depending on where you live), and the two city propositions on mobility – the Project Connect transit system and the active transportation bond.

In the middle, though, are a lot of races that you may be tempted to skip over. They are all partisan races, in which the Chronicle has encouraged you to vote for a Democrat on principle. As you get closer to the end, you'll see a lot of county-level races that, as is often the case in heavily blue Travis County, are unopposed: numerous district court judges, as well as several incumbent county officials and incoming County Attorney Delia Garza. Even the ones who've drawn GOP or Libertarian challengers, such as district attorney nominee José Garza or Selena Alva­ren­ga (facing District Judge Geoffrey Puryear, the only GOP incumbent for any Travis County office seeking reelection), should have little trouble winning in what by all appearances is a Democratic wave year.

These races tend to fly under the radar, but this year they feature wrinkles that make them interesting beyond simply as indicators of the height of any blue wave.

But will that wave wash across all of Texas, and carry with it the first Democrats to win a statewide election since Bill Clinton was president? After decades in the doldrums, the party came roaring back in 2018, led by Senate candidate Beto O'Rourke, who (as he is glad to inform you) won the most votes of any Texas Democrat, ever. But neither he nor the rest of the ticket were able to pick off any of the GOP incumbents.

The statewide races this time, as per usual on the presidential ticket, are much less high-profile – one seat on the Railroad Commission, which of course does nothing with railroads but instead regulates the state oil and gas industry, and a total of seven seats between the state's two highest courts, the Supreme Court (which only handles civil matters) and the Court of Criminal Appeals. Then there are races for the two entities that are larger than the county but smaller than the state – two districts on the State Board of Education (which split Austin at the river), and the 3rd Court of Appeals.

As these races tend to fly under the radar, they're often used as proxies for "generic Republican vs. Democrat," but this year they feature wrinkles that make them interesting to watch beyond simply as indicators of the height of any blue wave. In the RRC race, there is no incumbent; Ryan Sitton, the most qualified, knowledgeable, and even reasonable of the three commissioners, was bounced in the GOP primary by Jim Wright, who is best known as the owner of an oil field/waste disposal company that (in a complicated case) was itself busted by the RRC, has paid multiple fines and settlements, and who says the agency owes him $800,000. That's created a big opening for Chrysta Castañeda, who has relevant experience like Sitton and no ulterior motives; she's been endorsed by not only us but the state's major dailies, which are sensitive to the large and typically red-leaning energy sectors in their midst.

The Dem high-court slates have not done as well; the Statesman has so far skipped the races entirely, the Dallas and San Antonio papers opted for the GOP incumbents in all seven, while Houston opted for one Demo­crat for the Supreme Court (Staci Williams) and two for CCA (Tina Yoo Clinton and Bran­don Birming­ham). Aside from Bir­ming­ham, all the Demo­cratic candidates are women, which has taken on special campaign resonance in the wake of the passing of Ruth Bader Ginsburg. Joining Williams, a district judge in Dallas, and Kathy Cheng of Houston (who also ran two years ago) on the SC slate are two longtime judges from Austin, Amy Clark Meach­um (running for chief justice) and Gisela Triana.

Triana was elected two years ago to the 3rd Court of Appeals in a landslide that flipped both it and other intermediate courts to Democratic control. Aiming to continue the trend is fellow longtime Travis County jurist Darlene Byrne, challenging incumbent Jeff Rose for the chief justice seat. Meanwhile, the State Board of Educa­tion, like the high courts, has remained far out of Democrats' reach and a bastion of hard-right theocons. One such hardcase, Ken Mercer, is finally stepping down in District 5, which includes South Austin, Hays County, and much of San Antonio. Rebecca Bell-Metereau, a Texas State professor who has run for this seat three times before, has broad support and a blue wave at her back this time.

Paxton Says It's Over; Nate Paul Begs to Differ
Letter blasting Paxton's mishandling of Paul's complaint suggests a lawsuit in the A.G.'s future