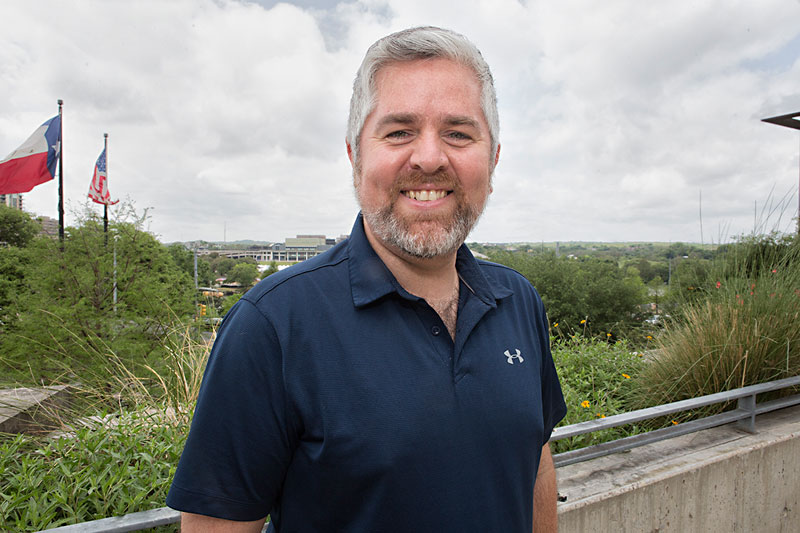 All three of the candidates challenging Council Member Jimmy Flannigan in the race to represent residents in Northwest Austin's District 6 are running to his right on the issues that have consumed City Hall.

Mackenzie Kelly, a former volunteer firefighter who ran unsuccessfully for the D6 seat in 2014, rose to renewed prominence in Austin's conservative circles as a vocal critic of the City Council votes to loosen restrictions on public camping, panhandling, and sitting and lying. Retired Texas Department of Criminal Justice employee Dee Harrison told us in August that allowing public camping and canceling police cadet classes were both "boneheaded" decisions. Dr. Jennifer Mushtaler, a practicing OB-GYN and president of the River Place neighborhood group, is less of a doctrinaire conservative but is likewise critical of Flannigan's votes on homelessness and police spending as well as on land use – particularly a controversial zoning case in her neighborhood from 2019.

Flannigan, meanwhile, stands alone as a progressive in what was, back in 2014, the new 10-1 council's reddest district, where he lost a close race to perennial GOP candidate Don Zimmerman. After prevailing in the 2016 rematch, Flannigan has seen D6, which includes all of Austin's portion of Williamson County, get progressively bluer; freshman state Reps. James Talarico, D-Round Rock, and John Bucy III, D-Cedar Park, both represent portions of the district.

Flannigan says his votes to decriminalize homelessness and to reallocate millions of public-safety dollars from the Austin Police Department reflect the shifting politics and priorities of his district – a premise now being put to the electoral test. In March, Kelly became president of Take Back Austin, one of several groups pressuring Council to reverse its changes to the camping and no-sit/no-lie ordinances. Though unsuccessful to date, those efforts have afforded Kelly a platform to court conservative voters and criticize the slow progress Austin is making in housing those now living under overpasses and in other public encampments.

Take Back Austin has dovetailed with Save Austin Now – the failed effort to put re-criminalizng homelessness on the ballot, led by Travis County Republican Party Chair Matt Mackowiak – and lobbying by the Austin Police Association. Those alliances strengthened in June after the killing of George Floyd sparked a summer of unrest across the country over police brutality. In August, Council approved a 2021 budget that immediately cut millions of dollars in police funding (mostly from canceling three cadet classes) and set in motion plans to reallocate up to $150 million from APD into other departments, including Emergency Medical Services. "We need new ambulances and more medics," Kelly said of Council's plan, "but it shouldn't be at the price of public safety of the community."

While Kelly has criticized Flannigan's support of Council's votes on homelessness and police spending, Mushtaler (who also wants to reinstate the camping ban and fund the canceled cadet classes) has emerged as the candidate most willing to attack the incumbent directly. On her website, in interviews, and at forums, Mushtaler has pressed the case that Flan­ni­gan is out of touch with D6 voters. Her dissatisfaction is more personal, tied to an issue that's closer to home.

Last year, River Place residents opposed a zoning case before Council that would allow for the construction of townhomes on a 42-acre lot in the area. The fight was bitter, with neighbors framing future development in the wildfire-prone area as a threat to their community. Ultimately, Council approved a compromise proposed by Flan­ni­gan allowing construction of 30 town­homes at the site. The developer will not be able to build to their full entitlement of 100 units until they build a secondary access road, meant to ease traffic should emergency evacuation be necessary in the future.

"It's more complex than that," Mushtaler told the Chronicle in September. "We have to really watch how we manage growth and development ... the question is how do you make it safe." She criticized Flannigan for going against the staff recommendation which would have limited the number of townhomes allowed at the site to 45; allowing for more dense construction, she said, would put the current and future residents on the street in danger. "He went against his own constituents and you ask me why I have a problem with it? There's your answer."

Flannigan is confident that the time he's spent learning the district during his first term has informed his work on Council, and that even his divisive votes reflect the interests of a fast-growing and fast-changing part of the city. He will know for sure on Nov. 3, or Dec. 15 if D6 heads to a run-off. "Correcting misrepresentations from the GOP is an incredibly frequent activity," Flannigan told us recently. "But when folks talk through these issues and express their concerns, I think they walk away with a better understanding of how thoughtful and pragmatic these decisions are when described accurately."

A version of this article appeared in print on October 9, 2020 with the headline: D6: Flannigan Faulted for Progressive Positions