Stacey Abrams Sounds the Alarm on the Census Crisis

Fair Fight founder wants to ensure everyone gets counted 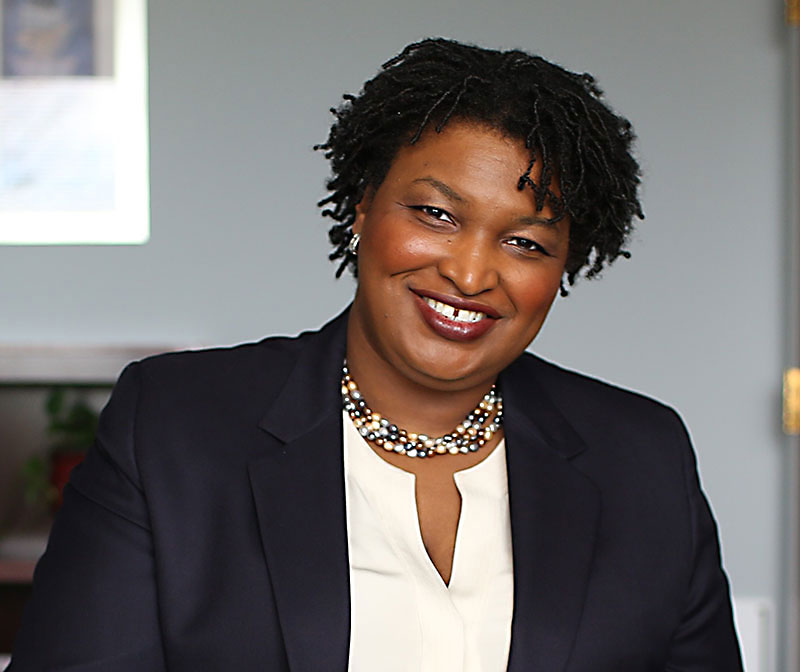 As we reported last week, advocates and leaders who care about a complete and accurate 2020 U.S. census are scrambling to reach "hard-to-count" Americans – mostly in traditionally marginalized communities. That urgency is being prompted by a Trumpist dictate to cut off the census count – already lengthened by the challenges of the pandemic – on Sept. 30, which is a month sooner than the Census Bureau itself says it needs to do its constitutionally mandated work. This week, prominent civil and voting rights leaders – including Stacey Abrams of Fair Count and Vanita Gupta of the Leadership Committee for Civil Rights – made media visits to sound a loud alarm about the census crisis and urge calls to action. "The challenge, of course, is that the census was designed to count everyone," Abrams told the Chronicle on Tuesday. "Not simply the people the administration wants to be counted."

Sadly, in Texas that means asking U.S. Sens. John Cornyn and Ted Cruz to do the right thing. The HEROES Act, the second COVID-19 relief package passed by the U.S. House months ago, includes provisions to extend the count through Oct. 31 and give the bureau until April 2021 to deliver its data for use in congressional apportionment and in redistricting at all levels of government. Those measures were agreed to by the White House, which has now changed its mind. Congress – that is, the Senate – has to act to change it.

That's not as unlikely as it sounds, since even red states have figured out that a census undercount is going to screw them out of billions in federal funds and perhaps seats in Congress. Texas has just awarded a major contract for public outreach to bump up the state's not-great response rate. "The consequences for Texas are actually pretty severe and significant," Gupta told the Chronicle.

Gupta's colleague at LCCR, Census Campaign Director Beth Lynk, added that private and nonprofit partners as well as local governments like Austin have stepped up "in the absence of state action," but with unprecedented challenges including the pandemic, plus "natural disasters such as hurricanes along the Gulf, it's going to be nearly impossible to conduct the full count without more time." Lynk described the state's outreach effort as "nice to see, but it's happening so late and is really limited in how much impact it can have if Congress doesn't act."

We often hear of the big bucks in census-determined funding – nearly $60 billion for Texas alone in 2016. Abrams told us that "it's not simply the traditional loss of dollars" from an undercount, but "the hurricane relief dollars that Texas relied on so heavily in the last decade. It's the COVID recovery money for jobs and businesses. Those dollars will start to evaporate, and the exponential effect of a dramatic undercount is something that Texas has never really had to face."

Abrams, who would almost certainly be governor of Georgia right now were it not for voter suppression, is especially attuned to the chicanery being deployed to force an undercount that could disenfranchise millions of voters, the sort of thing she started Fair Count to combat. "The current approach, using litigation, is likely going to be insufficient," she told us, pointing to the line of Supreme Court decisions crippling the Voting Rights Act, giving states permission to only use voting-age citizens in apportionment and redistricting, and allowing gerrymandering for any reason other than race.

There is a temporary injunction in place, in a case from California, ordering the Census Bureau to not stop the count, but the chances that it will be upheld all the way to SCOTUS (even without Ruth Bader Ginsburg's vacancy) are pretty slim given this track record. States like Texas could "actually use this process to simply not count ... people of color under 18, and not count anyone who is not a citizen, which would make Texas look whiter and even more Republican."

An obviously flawed census that undercounts Texans of color would still be the final authority after the data is delivered in December – unlike in past Texas redistricting cases, where "you could prove there were Latino populations that were being disproportionately disregarded in the process," Abrams noted. "Well, this census, they could legally be white, and there is no ability to challenge it."