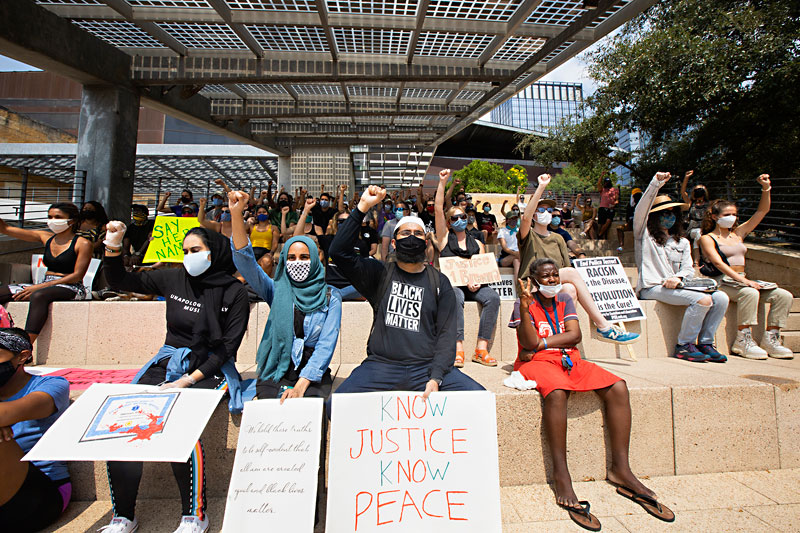 The Stand 4 Breonna Taylor Rally on Sat., Sept. 19, began with music, dancing, and speeches at City Hall demanding justice for the 26-year-old EMT who was killed by Louisville police during a no-knock warrant. The somewhat festive mood turned as protesters marched to and from the Capitol, with Austin Police Department cars following the rally closely with lights flashing and sirens blaring. On Wednesday, demonstrators returned to City Hall after the officers were largely cleared by a grand jury in Kentucky. (Photo by Jana Birchum)

You're So Gonna Vote: The deadline to register to vote in the November election is Mon., Oct. 5 (early voting runs Oct. 13-30). Not sure if you're already registered? Find out at www.votetravis.com. Need an already printed application? See p.13 of this week's paper.

Tracking the Pandemic: Last week Austin Public Health unveiled two new dashboards for tracking COVID-19. The "Testing Rates" dashboard displays positivity rates by ZIP code; as of Sept. 22, 78744 in Southeast Travis County had the highest positivity rate, at 12.8%. The "Long-Term Care Facility" dashboard outlines cases, deaths, and other metrics at nursing homes and assisted living facilities; as of Sept. 18, there were 173 deaths and 1,594 cases associated with long-term care facilities.

South By Is Back: SXSW announced on Tuesday, Sept. 22, SXSW Online will be part of the Fest's 2021 programming. Running March 16-20, the digital experience will feature conference keynotes and sessions, screenings, showcases, networking, and exhibitions. South By's education track, SXSWedu Online, is March 9-11.

Hook 'Em, Hartzell: The UT System Board of Regents unanimously voted to name Jay Hartzell the 30th president of the University of Texas at Austin. Before being appointed interim president in June, Hartzell served as the dean of UT's McCombs School of Business.

Central Health Approves Budget: The Central Health Board of Managers voted to adopt its fiscal year 2021 budget, which includes a $20 million increase from the current fiscal year to pay for health care services for low-income Travis County residents. Of the entire $367 million budget, more than 96% ($354 million) is dedicated to health care delivery. Travis County Commissioners Court is set to approve the budget Sept. 29.

AFC, Meet ACC: Army Futures Command announced Austin Community College as the site for AFC's new "Software Factory," where U.S. Army soldiers and ACC students will train side by side in software development at ACC's newly renovated Downtown Rio Grande campus. The factory will open in January of next year.

Drive-Through of Lights: City Council approved an ordinance to allow Austin's annual holiday lights tradition Trail of Lights to be a drive-through-only experience. Unlike previous years, the 56th annual event won't charge an admission fee and could run for up to 30 days. 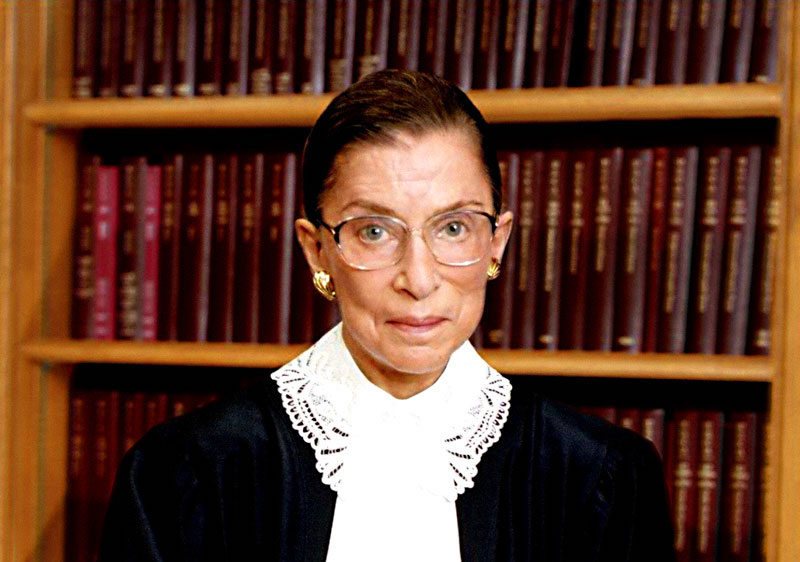 "Fight for the things that you care about, but do it in a way that will lead others to join you."