Local Leaders Scramble to Get a Complete Census 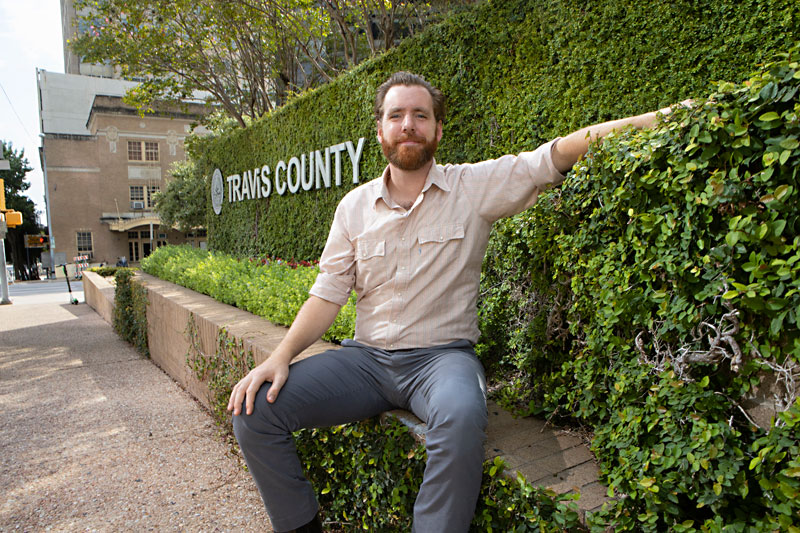 Due to the COVID-19 pandemic and other disasters, millions across the country are out of a job, unable to pay rent, and relocating for concerns over safety and personal finances. In the midst of this, the 2020 census is still underway.

The constitutionally mandated count occurs every 10 years as an attempt to tally every person living in the country "once, only once, and in the right place." The survey helps to determine the reapportionment of Congressional seats and the redrawing of electoral districts, as well as the distribution of state and federal funding and the deployment of essential services. Whether low or high, an inaccurate count can cause issues that would take another decade to correct. Last year, one estimate found that a 4% error could mean misallocating $60-80 billion in federal grant money over a 10-year period.

This year the U.S. Census Bureau has been embroiled in a series of lawsuits after a memorandum from the Trump administration directed Commerce Secretary Wil­bur Ross to exclude unauthorized immigrants from the reapportionment count used for redrawing Congressional districts. On Sept. 10, a special three-judge federal panel in New York ruled that the president did not have the authority to determine who could be included in the final figures.

In addition, the spread of the coronavirus temporarily halted many of the Bureau's planned ground operations. The delays pushed the Bureau to adopt last-minute schedule changes, advancing the deadline from Oct. 31 to Sept. 30. Earlier this month, leaked documents presented to the House Oversight Committee confirmed suspicions that the truncated timeline could lead to "serious errors." Then last week, a federal judge in North­ern California granted a temporary injunction, ruling that the census should press on, although layoffs of Bureau workers in some areas continue.

Despite the uncertainty, local leaders engaged in the Austin-Travis County Com­plete Count campaign are determined to take advantage of whatever time remains.

In Central Texas, the push to boost the census began early. In the summer of 2019, the city and county, through an interlocal agreement, appointed John Lawler – former aide to Council Member Greg Casar – as census program manager to help viralize the survey and its importance, emphasizing coordination with local partners to reach "hard-to-count communities" – a broad term for minority, immigrant, and homeless individuals who might be difficult to locate or persuade to participate. According to the county's own data, 32% of its population, more than 370,000 people, live in hard-to-count neighborhoods.

Lawler said that when he assumed his role, the institutional heft to undertake the project was already present. "What was important was identifying folks within that hard-to-count community and asking them to lead this effort," Lawler said. Since the last census in 2010, local leaders have created a number of volunteer corps and complete count committees (CCCs) to raise awareness before and during the count. Lawler's job was to help coordinate these smaller grassroots campaigns, as well as reaching out to other counties to exchange insights and find the best solutions.

The strategy, in other words, was to "support the folks doing the work," Lawler said, meaning finding nonprofits, community spaces, and civic engagement organizations locally known and trusted, and most importantly, already operating with the same goal in mind: to raise response rates in often overlooked locales. The resulting Census Action Team "reflects the diversity of those hard-to-count communities."

Taking cues from research conducted by the state of California, the county ran its own analysis and found that response rates largely depended on whether someone was a renter or a homeowner, and whether they had access to the internet. These factors are often intersectional, Lawler pointed out, overlapping with race, gender, average income, and ZIP code. Nationwide, census responses have similarly been undermined in poor and immigrant communities due to the spread of coronavirus in particular.

Facts On the Ground

In the early months of 2020, the grassroots strategy was beginning to find success, as canvassers helped fill out survey entries on the most used bus routes, in person at churches and mosques, and at booths at other public gatherings.

Once the pandemic struck, local leaders were apprehensive about further endangering their communities, or placing volunteers at risk of getting sick during in-person campaigns. "A lot of the things that we'd been prioritizing and strategizing based on the data that we were researching and the input of these community CCCs," Lawler noted, "got wiped off the table."

In addition, the census had to make room for equally pressing matters, including a national reckoning on the relationship between race and law enforcement. "We were going to launch a 30-day census challenge the week of the George Floyd protests, and of course it made no sense when that dialogue needed to occur," Lawler said.

Nearly half a year since the declaration of a pandemic state of emergency by Gov. Greg Abbott, the complete count operation has sought a middle ground, heeding necessary safety precautions while finding ways to prioritize the importance of a successful census. As the fastest-growing state, Texas expects to receive at least three new congressional seats, and as one of the fastest-­growing parts of the state, Central Texas' electoral map will change significantly – if that growth is counted properly.

The Census Bureau trained members of the AACCC last July; their on-the-ground operations started soon after. Although the Census Bureau had predicted low response rates from Asian communities, locally DasGupta thinks the rates of participation here are among the highest, even without state funding or coordination. "The state is zero. The state has done nothing. All the efforts have been done at the county and city level," DasGupta said.

His enthusiasm is also dampened by the deep-seated concerns in the communities he works with. The drawn-out debate over the potential inclusion of a citizenship question, as proposed by Trump, sowed mistrust and fear among recent immigrants, adding a higher degree of complexity than in previous decades. "To the degree that the current president tried to change the law and include a question about citizenship, which narrowly got defeated in the Supreme Court, your credibility is shot if you quote the law."

DasGupta said this fear hindered local efforts. In Texas, "we will get close, but not 100 percent. We will lose hundreds of millions of dollars a year because of this problem. Because we were so slow in the beginning because of all the mistrust. It was tough."

As of Sept. 13, Census Bureau data shows the Texas response rate at 90.8%, nearly two points behind the national average. (Cali­fornia is at 94.5%.) The operation is far from over, but DasGupta says there are "no more tricks up his sleeve." Much of the remaining work is left to Census Bureau workers, who must finish the enumeration of non-­response households.

Dr. Lila Valencia, a senior demographer at the Texas Demo­graphic Center and Texas' lead liaison to the U.S. Census Bureau's State Data Center Program, largely echoes this sentiment. The stakes are high, so for those with mistrust, or fear of contact with Bureau workers due to the pandemic, the most effective path forward is self-responding, she said: "What we tried to impress is that the fear will be greatly outweighed by the benefit to their communities.

"The best thing they can do is to respond on their own so they can be removed from the Census Bureau's list ... and be a part of the country's democracy." 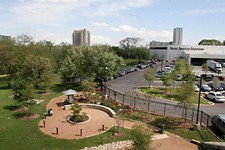 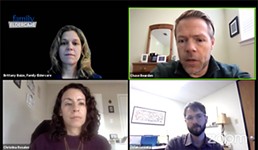