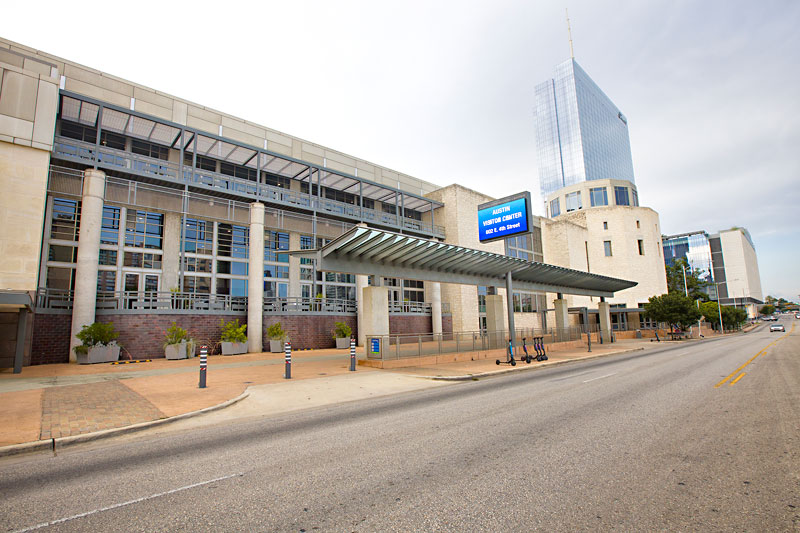 City Council is expected to vote on three items at its meeting today (Thursday, Sept. 17) to keep the Convention Center expansion ball rolling, despite concern over what the industry may even look like over the next 5-10 years. Two of these items are to keep paying the consultants and lawyers: up to $310,000 to the San Antonio law firm Hornberger, Fuller & Garza for legal expenses arising from expansion, and another authorizing payment of up to $1,109,000 to Conventional Wisdom, the consultancy that has advised the city on expansion.

The third item is more interesting: It would enable the purchase of property along two full city blocks to allow the Convention Center to expand west, across Trinity Street. The "exclusive negotiating agreement" would be paired with approval of $6.3 million in earnest money paid from the city's Convention Center Expansion Capital Fund that will allow city staff, developers, and owners of the property on Blocks 16 and 32 to work out a deal. The Block 16 owners announced earlier this year their plans for an office tower on the site.

The concern is less about gathering en masse once the COVID-19 pandemic subsides – although that is still an unknown variable, noted Council Member Kathie Tovo, who represents the Downtown convention district – than about the long-term economic recovery that may follow. Thomas Hazinski with HVS Convention, Sports & Entertainment told Council at its work session Tuesday that he doesn't expect any city to hold conventions until at least the second quarter of 2021 and even then, full demand for convention space likely would not return until around 2023.

Hazinski's economic projections for Aus­tin's project therefore don't begin until 2024, which he says gives enough of a buffer for pandemic restrictions to be loosened. At that point, he said, an expanded center could create $300 million in economic impact for the city (on top of the $495 million the current center creates annually), as well as a 12% increase in Downtown hotel occupancy and a $37 increase in the average daily rate for rooms during events. The HVS study did not examine the broader effect on Hotel Occupancy Tax revenue outside Downtown, but Hazinski described expansion as having a "compression" effect on all hotels – as hotels close to the center fill up, visitors might book rooms further out from Downtown.

A survey of event planners conducted by HVS showed that 84% of respondents would be interested in booking an event at an expanded Austin center. That survey was conducted before COVID-19 disrupted mass gatherings, but Hazinski said it indicates what preferences would be in a normalized convention market. Comparing the current moment to the years following 9/11, when some felt a similar apprehension around mass gatherings, Hazinski suggested that centers will adapt with detailed public health plans to go alongside their post-9/11 security plans. "The basic human need" to gather in groups, Hazinski told Council, "is going to be there. My firmly held view is that the demand is not going to change."

The resolution comes amid frustration from the creative sector that city leaders have left them behind in their relief efforts. City Hall counters that local resources alone cannot meet the needs of Austin's iconic businesses now at risk – it will require state and federal help (the resolution also directs staff to plan now for dispersal of future stimulus funds). Several CMs have offered amendments to the resolution carried by Mayor Steve Adler, including language from CM Jimmy Flannigan that draws focus to the production crews and other workers that make creative venues function. An amendment from Tovo would ask staff to look at other revenue streams, including right-of-way fees and alley/street vacation fees and sales.

Other changes are expected before adoption of the resolution on Thursday; what­ever is approved, the mayor has repeatedly pointed out, will not be enough. "We all wish we could do more and continue to struggle with the limited resources cities have as compared to the real need which is so much greater," Adler wrote in a Council message board post. Federal action, the mayor wrote, is "the only way to really scale solutions to the need."

As of Tuesday afternoon, the city had received a total of 6,456 applications for RISE 2.0 funding of $2,000 in direct cash assistance per household. On Sept. 15, the city selected 500 applicants for RENT assistance through a randomized lottery and are currently reviewing those applications for eligibility. People can still apply to both programs; the deadline for the RISE program is Sept. 21 at 7pm and RENT assistance will be distributed through the lottery system until January 2021 or until funding is depleted.