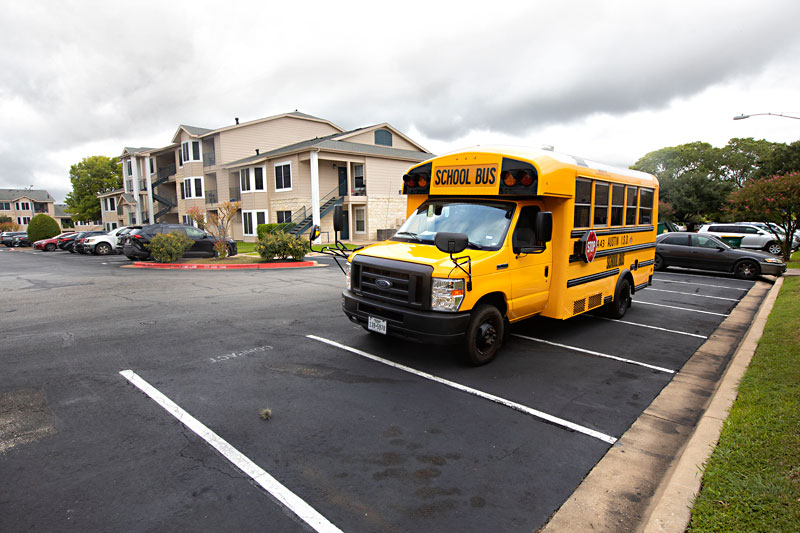 The first day of virtual school for Austin ISD began with a tragically apt turn of technical difficulties. As Superintendent Stephanie Elizalde made her remote rounds through the Zoom schools, the AISD Google Drive server crashed for several hours.

Elizalde stated during a Sept. 14 school board meeting that she intends to bring students back to campus starting on Oct. 5, with buildings at 25% capacity – and not to apply for a waiver to extend online education for another four weeks.* Education Austin, however, has asked for Elizalde to request the waiver, which would give the option of keeping students off campus through November. The waiver deadline is this Friday.

In a Wednesday press conference, Ken Zarifis, president of Education Austin, called on Elizalde to apply for the waiver and release specific safety protocols for the return to campus. "Without it, we feel that we're heading into a nightmare, that we'll see spikes, and that people are going to get sick and potentially die," said Zarifis. The risk, Zarifis and other speakers said, is especially potent in East Austin and for Latinx Austinites, communities that have been hit hardest by the virus.

"Students really want to stay home," teaching assistant Meg Hardick, who works in East Austin, said at the conference. "They are terrified to go back to school." Hardick said some of her students have family members who have died of COVID-19, and called for the district to improve its technology distribution and accessibility rather than bringing students back to campus.

Although parents would be able to keep their students home if they're uncomfortable with on-campus learning, AISD is asking all its teachers to return to campus once students begin to return, unless they take leave or successfully request accommodations.

Another deadline is approaching: The last day to register to vote for the November election is Mon., Oct. 5. The ballot will include four races for seats on the AISD Board of Trustees – all being vacated by their incumbents – and it's shaping up as one of the most competitive contests in recent history.

The real drama is unfolding in District 5, where three candidates are competing to represent largely white and affluent West Austin neighborhoods. They have as many similarities as differences: Attorney Jennifer Littlefield, filmmaker Lynn Boswell, and communications manager Piper Stege Nelson are all mothers of AISD students and white women with extensive experience volunteering in Austin education, and all campaign on equity and better communications.

At Wednesday's press conference, Education Austin doubled down on its endorsement of Boswell, who presided over the Austin Council of PTAs for two years and has advocated at the Texas Legislature for more public education funding. The AFL-CIO Texas Central Labor Council (which includes Education Austin) followed its lead. Last week, outgoing Trustee Amber Elenz, who focused on improving special education, endorsed Littlefield, who has two children with dyslexia; Littlefield served on the planning committee responsible for the $1.05 billion 2017 school bond. South Austin Democrats made the same endorsement. The Environmental Democrats offered a dual endorsement of Boswell and Littlefield for the seat.

*Editor's note: As the Chronicle went to press on Wed., Sept. 16, Superintendent Stephanie Elizalde said Austin ISD will submit a TEA waiver, "which is required to allow [AISD] students to attend both in-person and to continue with remote learning." This waiver does not provide for 100% virtual learning.

Has AISD Cleared Its Special Education Backlog, or Not?
After July 1 deadline, 77 evaluations still to be completed