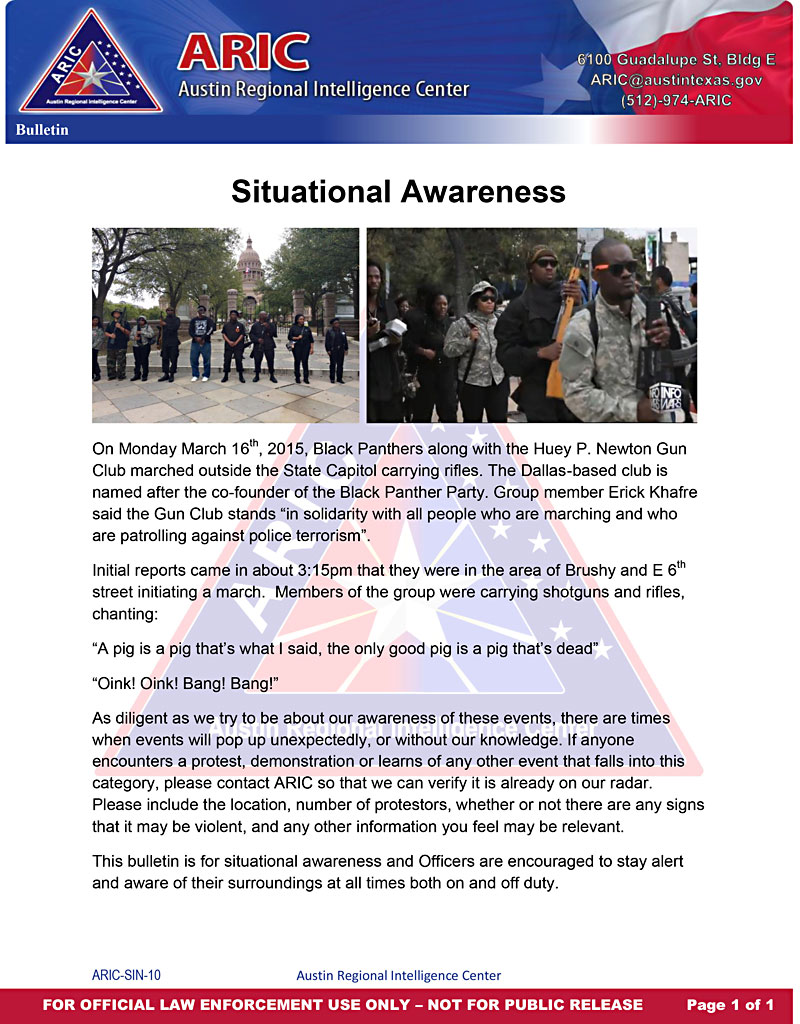 South by Southwest is no stranger to spectacle, and one Monday in 2015, a group of armed Black activists marching through Downtown chanting anti-police sentiments became part of the Festival experience. "We wanted to change the conversation about Black self-defense, Black open carry, [and] police brutality, and we wanted to do it on a bigger scale," Dallas resident Rakem Balo­gun recently told the Chronicle. "Going to the Capitol during South by Southwest was a great way to change that conversation."

Unknown to Balogun at the time, the Austin Regional Intelligence Center, a multiagency "fusion center" operated by Austin police, produced a one-page bulletin about the march. It's now been exposed by the BlueLeaks hack of such centers across the nation. "Initial reports came in about 3:15pm," the "Situational Awareness" bulletin reads, with details about the organizers – the Huey P. Newton Gun Club, a coalition of Black activists who also provide community service in Dallas.

Balogun is never mentioned by name; the bulletin quotes club member Erick Khafre as stating that the group stands "in solidarity with all people who are marching and who are patrolling against police terrorism." Khafre told the Chronicle that he recalls speaking to someone during the march about the organization, but couldn't remember who. "What made them interested in me?" he asked. "I didn't make a speech at the Capitol." The bulletin also quotes the group as having chanted, "A pig is a pig, that's what I said, the only good pig is a pig that's dead. Oink! Oink! Bang! Bang!" 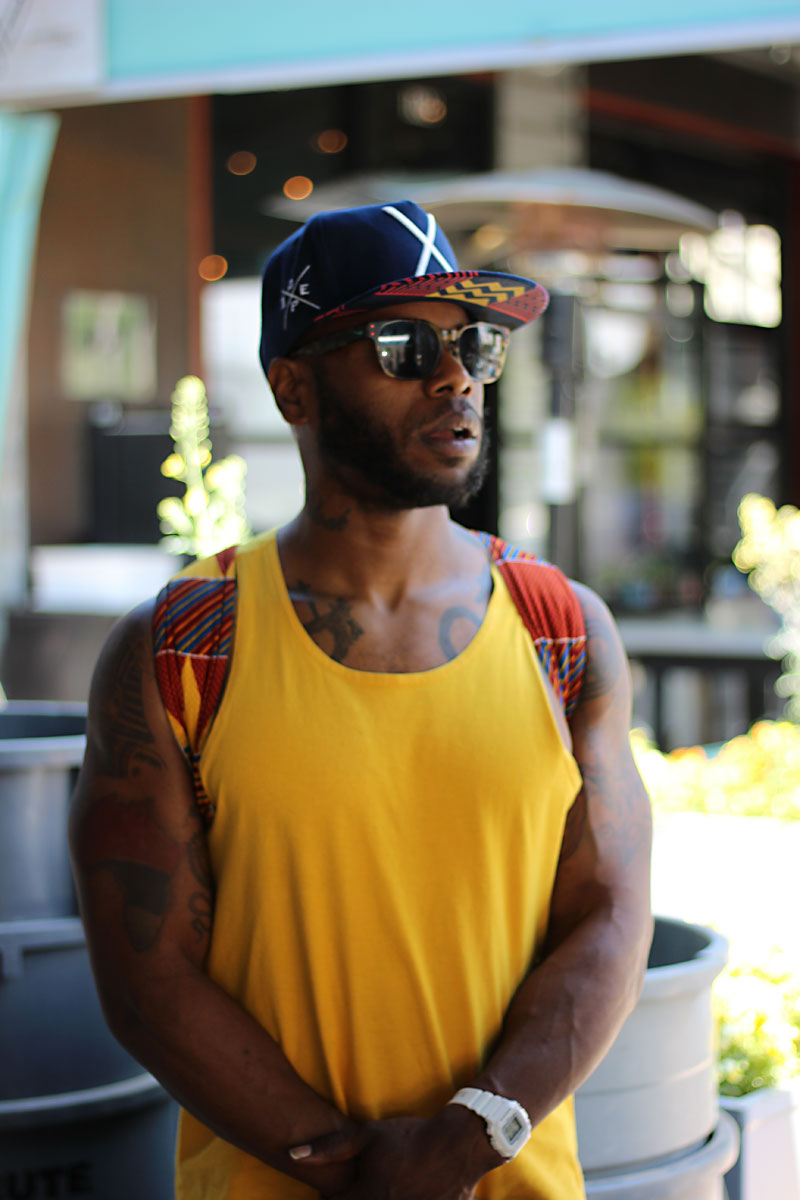 Soon afterward, investigators began monitoring Balogun. They discovered Face­book posts he made critical of police and celebrating the 2016 killings of five Dallas police officers. On Dec. 12, 2017, two years after the march and while he was asleep, Balogun's home was raided by the FBI, ATF, and Dallas Police Depar­tment. He was charged with possession of a firearm by a prohibited person – stemming from a misdemeanor domestic assault charge in 2007.

According to the ACLU and others, Balogun is likely the first person arrested as a "Black identity extremist," a designation created by the FBI several months prior to his arrest. Balogun, whose birth name is Christopher Daniels, spent five months in jail, losing his home in the process, before the charges were eventually dropped. "They were done and walked away from it," he said.

At a detention hearing for Balogun, FBI Special Agent Aaron Keighley, who also quoted the group's chant verbatim, claimed to have learned about the march from an InfoWars video. The bulletin includes two photos from the march – one with an InfoWars logo – but its reference to "initial reports" suggests that other sources were used. "I don't think the FBI watches Alex Jones conspiracy videos," Balogun stated. After seeing the ARIC bulletin, he added, "I think that's where the FBI got their original complaint from."

Texas Civil Rights Project attorney Peter Steffensen believes the marchers were exercising First Amendment rights, explaining, "Law enforcement knew the participants of the march did not engage in any criminal activity, and, despite knowing that, ARIC still proceeded to share this information widely. ... When I see reports like this, I immediately have to question whether race in whole or in part motivated its creation. There is a long and troubling history of racialized surveillance in this country, which supports a system that is inherently violent against Black and brown people."

The bulletin also includes a request of its recipients in law enforcement: "As diligent as we try to be about our awareness of these events, there are times when events will pop up unexpectedly, or without our knowledge. If anyone encounters a protest, demonstration or learns of any other event that falls into this category, please contact ARIC so that we can verify it is already on our radar. Please include the location, number of protesters, whether or not there are any signs that it may be violent, and any other information you feel may be relevant."

According to Steffensen, collecting information on constitutionally protected activities runs afoul of ARIC's mission. It "may even be unlawful if any of this information was used as reason to further surveil, investigate, prosecute, or retaliate against the subjects of these reports."

Describing his experience, Balogun explained, "It opened my eyes to how federal agents can pick and choose who they want to go after. It seems like there's no oversight." That's especially true, he said, under current U.S. Attorney General William Barr: "We're really in a bad place."