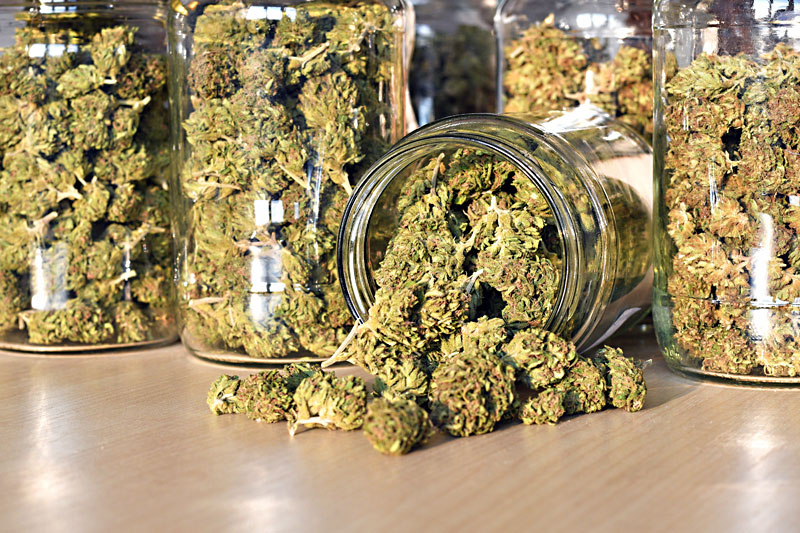 Last Friday, Texas Agriculture Commis­sion­er Sid Miller toured a hemp farm in Terry County near Lubbock. While he acknowledged to the press in attendance that CBD oil drives current demand, he predicted the crop's future as a fiber, quipping: "We're growing rope, not dope."

But hemp retailers have filed suit against the state over new rules that prohibit selling smokable and vape-able forms of nonpsychoactive substances derived from cannabis, which consumers use for a variety of ailments, including anxiety and pain. The plaintiffs say the rules – issued not by Miller's agency but by the State Health Department – go further than the Texas Legislature intended in 2019 when it passed House Bill 1325, which legalized hemp production in Texas.

On Aug. 2, the Texas Department of State Health Ser­vices rolled out its Consumable Hemp Program, including an application process for hemp product licenses and retailer registration. But the new provisions include a passage stating that "the manufacture, processing, distribution, or retail sale of consumable hemp products for smoking is prohibited."

Austin's Sarah Kerver, who owns the CBD brand 1937 Apo­thecary and Downtown's Custom Botanical Dispen­sa­ry, told the Chronicle that smoking and vaping hemp brings faster relief to users than oral tinctures or topical applications, and it's a huge driver of business to physical storefronts. "Speak­ing with other retailers, we're all pretty much in the same boat that the flower, prerolls, and vape cartridges are making at least 50% of our revenue," she explains. "I think many stores would close if they couldn't sell smokable hemp products."

Kerver's two businesses are among the four plaintiffs in the lawsuit against DSHS, claiming the regulations exceed the department's authority and could do economic harm to a burgeoning industry. At a hearing last Wednesday, District Judge Lora Livingston granted a temporary restraining order against the state, which will maintain the status quo until the sides reconvene in court on Sept. 2 – though the hearing and TRO could be extended another two weeks.

Ultimately the plaintiffs are seeking a temporary injunction, which would put the regulations on hold until a trial on the merits (or until DSHS withdraws them). That requires plaintiffs to demonstrate that they can prevail at trial and that not granting the injunction would cause them irreparable harm. Austin attorney Susan Hays, representing the retailers, tells us that the state's action infringes on the plaintiffs' constitutional right to due process along with violating Texas administrative law. "If you look at the language in HB 1325, it doesn't say you may not manufacture or process hemp for smoking," she explains. "It says state agencies can't license anyone to do that," and DSHS should write its rules accordingly. The bill says nothing about selling such products. "What DSHS did was have a rule that said you can't process, manufacture, distribute, or sell it at retail, and they made up the last two. That is not in the bill and agencies can't make up new laws."

Hays says the state hasn't offered justification for limiting freedoms that HB 1325 granted to hemp producers, retailers, and consumers. "What's remarkable about this case [is] the state has yet to explain what its state interest is in banning it. Normally if the state restricts liberty, the state has a reason."

In its filings in response to the lawsuit, DSHS argues the plaintiffs' challenge is invalid because the agency interprets its rules as implementing what has already been the law since the passage of HB 1325. "Injunctive relief preventing enforcement of the statutes would actually upset the status quo," the filing reads, arguing that the plaintiffs want retailers to have future freedom to sell smokable hemp products. "Therefore, plaintiffs' challenge to the rule also does not seek the preservation of a status quo."