Four Open Seats, and Many Demands for Change at AISD 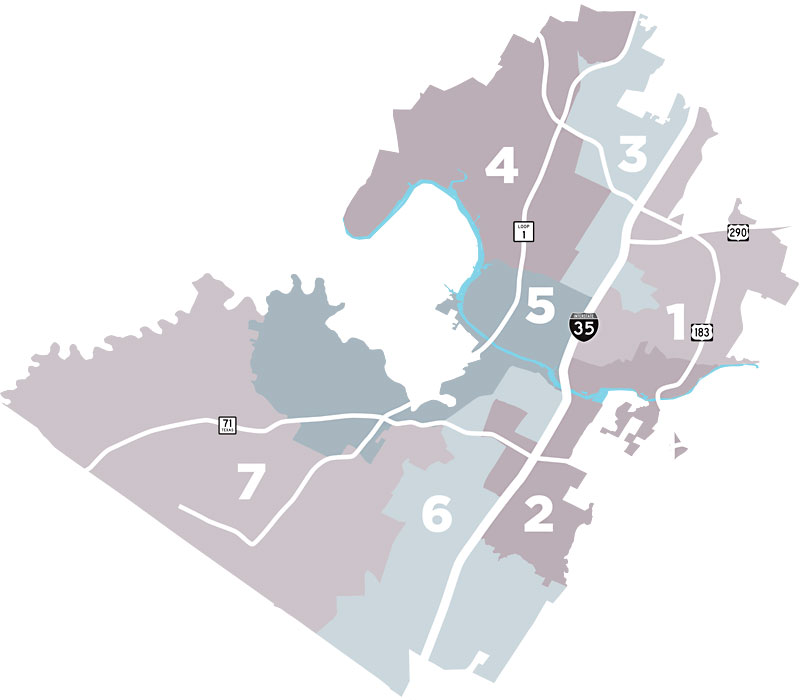 Nearly half of the Austin ISD school board trustees will be newcomers after Nov­em­ber. Four of the nine seats are up for election, and none of the incumbents are running for reelection. One of these districts is not like the others. District 3, currently represented by Ann Teich, stretches from Mueller and Hyde Park up to the Domain and includes middle schools (Burnet and Webb) and high schools (Navarro) with largely Hispanic/Latinx enrollment. UT-Austin professor and educational anthropologist Kevin Foster, who founded the PBS TV show Blacka­dem­ics Television and has developed youth leadership programs within AISD, is the sole candidate.

Incumbent Jayme Mathias announced in February that he's not seeking reelection in this solidly Latinx district, which includes Eastside Memorial High School and Martin and Mendez middle schools. Mathias has been an advocate for campus closures and consolidations, and voted to shutter two elementary schools in his district (Brooke and Metz) as part of AISD's "School Changes" plan controversially adopted last November. (That plan calls for eight more campus closures that the outgoing board put on hold, including Dawson and Palm elementaries in D2.) He recently came under fire for his response to AISD Equity Officer Stephanie Hawley's public criticism of School Changes, calling public conflict between her and the trustees a "Dr. Jekyll and Ms. Hyde" situation.

At least one of the three candidates running to succeed Mathias has staked out the opposite position. John McKiernan-Gon­zal­ez, a Texas State history professor, said during a virtual candidate forum hosted by Hispanic Advocates Business Leaders of Austin (HABLA) that he was "running because of the decision to close 12 schools." McKier­nan-Gonzalez, who studies Latino history and migration, said that he hopes to defend "immigrants, the children of immigrants, and students with disabilities/neurodiversity" in District 2, and to prioritize its neighborhood schools.

The other two D2 candidates have long records of engagement with AISD and its issues. Adolphus "Andy" Anderson, who lost to Mathias in 2016, is making another run. He co-chairs the District Advis­ory Council and has served on a variety of other councils, including two budget-centered ones. He told the Chronicle via email that he also hopes to see "change in the utilization of campuses," as well as a reevaluation of the budget – a difficult task with longtime financial manager Nicole Conley gone.

Ofelia Maldonado Zapata is the vice president of the Eastside Memorial PTA, and a community activist who has served on the board of Austin Interfaith for over 30 years. Former D2 hopeful Patrick Sher­rill, the first to announce his campaign, withdrew before the filing deadline and will not appear on the ballot.

D5 includes many of AISD's wealthiest neighborhoods, circling from Tar­ry­town to the east and south around West Lake Hills (in Eanes ISD) to Barton Creek. It includes Austin High and Small and O. Henry middle schools, which all have large numbers of white and Latinx students. Current Trustee Amber Elenz, who focused largely on special education and dyslexia, announced in July that she would not seek reelection and would instead "explore new ways to serve our community." Three veteran district volunteers, all current AISD parents, are vying to replace her, and their similarities outnumber their differences – all three say they hope to improve communication and trust with families, and prioritize equity and anti-racism.

Jennifer Littlefield, an attorney who served on the Facilities and Bonds Planning Advisory Committee (FABPAC), which put together 2017's $1.05 billion bond package, lists her top priorities as safe reopening and online learning options. She also said she'd advocate for increased support for teachers of color, afterschool care, and restorative justice policies to address racism within AISD. Piper Stege Nelson, who manages communications at anti-abuse coalition the SAFE Alliance and has served on the board of the Austin Council of PTAs, is the mother of two current AISD elementary students. She said her work with SAFE helped her see "the connections between historical oppression and violence" for children, and her campaign emphasizes equity and student safety. She also spoke in the HABLA town hall about prioritizing some level of in-person schooling. Lynn Boswell, who stepped down as president of ACPTA to run for the school board, works as a documentary filmmaker. In addition to equity and communication priorities, Boswell has experience with state-level advocacy with nonprofit Just Fund It TX, and says she would increase the board's role in advocating at the Capitol for increased funding and reduced reliance on high-stakes testing.

Trustee Cindy Anderson announced in July she would not seek reelection in one of two positions elected by the entire district "for personal reasons"; her statement pointed to achievement gaps for students of color, bilingual students, and special education students as issues for her successor to address. The four candidates here vary widely in age and personal background, and bring different priorities to the table.

Anderson's own choice to succeed her is Leticia Caballero, a lobbyist and past FABPAC member who currently serves as the vice chair of Austin Ed Fund. Caballero mentioned "declining enrollment, academic achievement gaps, and a state budget that will be lean" as issues she's excited to tackle. Jared Breckenridge, a 25-year-old Huston-Tillotson student and AISD substitute teacher, is the youngest candidate in any of this year's trustee races. He said in an HABLA online town hall that his candidacy is about "challenging the system" and prioritizing both equity and student voices; his volunteer campaign staff is made up entirely of AISD high school students.

Mike Herschenfeld is a management consultant who came to Austin four years ago to work for the Texas Education Agency. He cited his time on the Boundary Advisory Committee as a key reason for his run and pushes on his website for radically expanded transfer opportunities, saying in a town hall that "attendance boundaries in general serve one main purpose, and that is to perpetuate housing segregation."

Noelita Lugo, a public policy consultant who was a leader of the efforts to save Pease Elementary and other campuses from closure, calls herself "a mom, a policy nerd and not a politician." She committed to more accountable communication from the board around difficult topics – or, as she put it, "ugly-cry conversations." Lugo said she'd combine transparency as a trustee with a focus on anti-racism and equity. 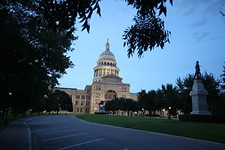