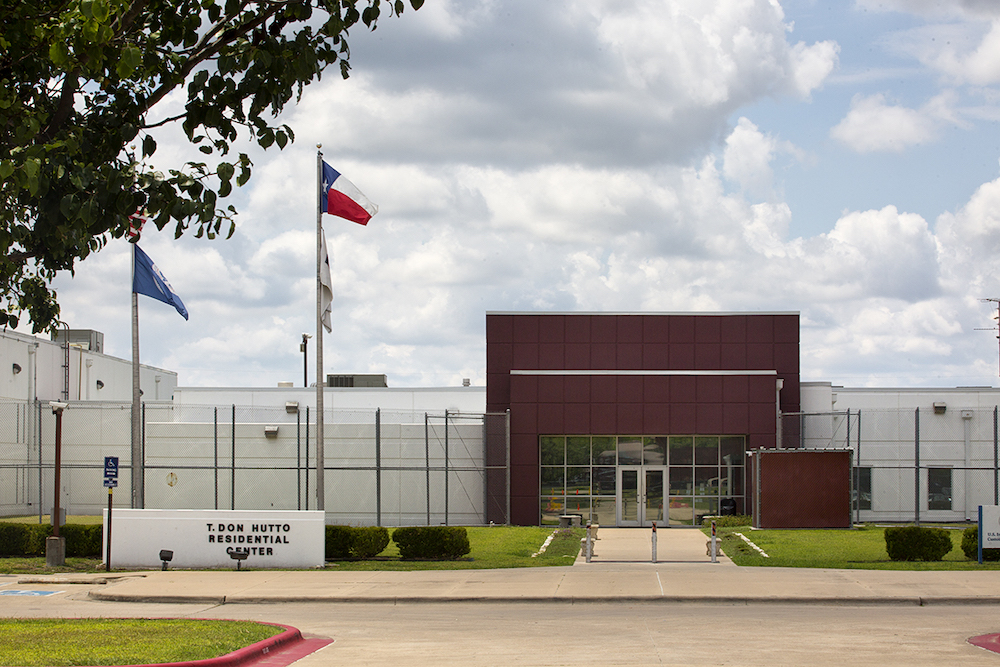 Despite rising criticism of the conditions in its Texas detention centers, U.S. Immigra­tion and Customs Enforcement quietly renewed a 10-year contract with CoreCivic, the private prison company that operates T. Don Hutto Residential Center in nearby Taylor. Immigration advocates say the 10-year agreement is "unusually lengthy," a sign that the current administration is hoping to "lock in" detention in Texas, benefiting private prison corporations for years to come.

The immigrant prison houses largely asylum­-seeking women and has been the subject of numerous accusations of abuse, including sexual misconduct and medical neglect, as previously reported by the Chron­icle. Following mounting pressure to cut ties with the center, the Williamson County Com­mis­sion­ers Court voted in 2018 to end its ICE contract to operate Hutto.

However, the local opposition didn't stop ICE from contracting directly with CoreCivic, sparking concerns from more than 40 state and local groups, and U.S. House Represent­a­tives including Congressman Lloyd Doggett, that ICE flouted federal law and engaged in "deceitful practices" in its procurement process. In an ongoing suit, immigrant rights group Grassroots Lead­er­ship filed a legal challenge to obtain documents from ICE about the bidding process. An ICE spokesperson tells us the agency "remains compliant with federal contract and acquisition regulations in the announcement and subsequent award of these contracts."

According to federal data, the contract amounts to about $260 million. CoreCivic has said ICE also plans to make millions of dollars in repairs to the facilities.

In June, COVID-19 hit the Taylor detention center after employees tested positive for the virus. All have recovered and are back at work, as we previously reported. Bethany Carson with Grassroots Lead­er­ship says individuals detained at Hutto have reported multiple COVID-19 cases; however, ICE fails to include the facility in its "COVID-19 ICE Detain­ee Statistics by Facility" tracking.

Nationally, more than 1,000 detainees have tested positive for COVID-19, according to ICE. While medical experts say release for the detainees – especially those already afflicted with health problems – is the best way to prevent an outbreak, Carson tells the Chronicle that ICE has denied parole requests from several of these women at Hutto.

"Making backdoor deals to line the pockets of private prison corporations at the expense of people confined behind bars while COVID-19 is spreading like wildfire shows the complete disregard for human life in ICE custody and how perverse financial incentives are the bedrock of incarceration," says Carson.