For Its First Big Event, the 19th Gets Big Names 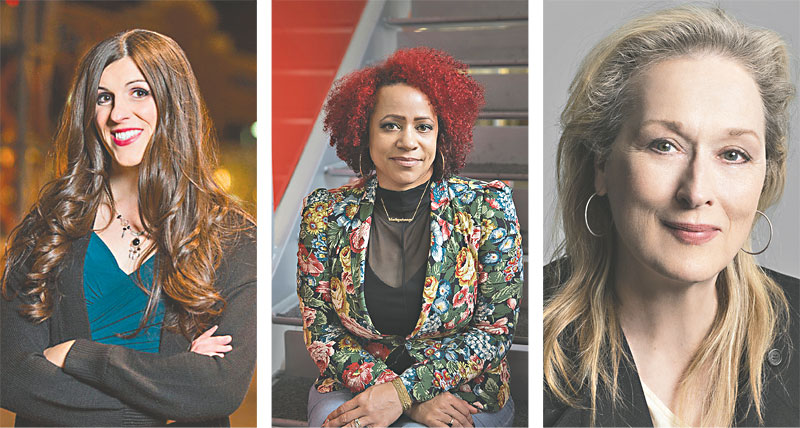 At the beginning of this year, some of the biggest names in Texas media left their respective organizations to begin a new one. Former Texas Tribune Editor Emily Ramshaw and Chief Audience Officer Amanda Zam­mora founded the 19th*, a national nonprofit newsroom focused on the "unfinished business of the 19th Amendment" granting (white) American women the vote in 1920. Andrea Valdez, formerly editor-in-chief of the Texas Observer, fills the same role at the 19th, and Errin Haines, previously national writer on race for the Associated Press, is editor-at-large.

Next week, Aug. 10-14, the nascent enterprise is bringing together some more big names of American politics and culture in a "virtual summit," the 19th Repre­sents. Speakers including Stacey Abrams, Alicia Garza, Hillary Clinton, Kamala Harris, and Meryl Streep will headline discussions on the intersection of race and gender issues, voting rights, and electability. Each of the five days' events focuses on different ways the rights afforded by the 19th Amendment have not been completely secured.

Day one's event, "Breaking Ground," starts on a positive note, presenting conversations with women who "smashed the glass ceiling in electoral politics, policy and the performing arts"; U.S. Sen. Tammy Duckworth, San Francisco Mayor London Breed, and the Go-Go's are featured. Danica Roem, the first openly trans person to be elected to the Vir­ginia General Assembly, joins a panel discussion of other "women in politics who blazed their own trail," including former New Mexico Governor Susana Martinez, among others.

Day two, "Suffrage*," focusing on those the 19th Amend­ment left out, begins with voting rights activist Abrams and follows with Garza, co-creator of #BlackLivesMatter, and a performance by Streep. Most discussions are being moderated by journalists from the 19th; one that's not is the panel addressing the unfinished business of suffrage (hence the asterisk), being led by Nikole Hannah-Jones, creator of the 1619 Project at The New York Times.

The 19th's commitment to a bipartisan approach comes out on day three: "The Future Is Female" is a panel with GOP congressional candidates who hope "to shake up their party" – Young Kim (CA-39, Orange County), Valerie Ramirez Mukherjee (IL-10, the north Chicago suburbs), and Beth Van Duyne (TX-24; she's the former mayor of Irving). Following that, day four focuses on electability and when a woman will be president. As the schedule describes it: "We'll ask the one who nearly was [Clinton], another working to get more conservative women to run [Rep. Elise Stefanik, R-New York], and the experts and academics working to debunk the electability myth." Also featured is former presidential candidate Rep. Tulsi Gabbard, D-Hawaii.

The summit culminates on day five with a topic that is arguably the most salient in the national conversation. Titled "On Race and Gender," it features Harris; Robin DiAngelo, author of White Fragility; Brittney Cooper, author of Eloquent Rage; and poet and scholar Dr. Elizabeth Alexander.

The 19th has been co-publishing articles with The Wash­ington Post since January during its soft launch; as of Aug. 2, it's now posting original reporting to its own site at www.19thnews.org and will continue to partner with outlets such as the USA Today Network (which includes the States­man), Univision, and The Philadelphia Inquirer. As it evolves to tell news stories from and about – not for (or not just for) – women, it commits to avoid "Cheap shots or cheerleading. Opinion or false equivalency. Partisanship. Horse-race politics. Turn-of-the-screw stories. Clickbait. (Sorry, not sorry.)"

Registration for the 19th Represents is free; each event takes place online at 1-3:45pm, Monday through Friday, Aug. 10-14. Find more info at www.summit.19thnews.org.