“Middle Eastern”? Your info might be on file at Austin’s fusion center. 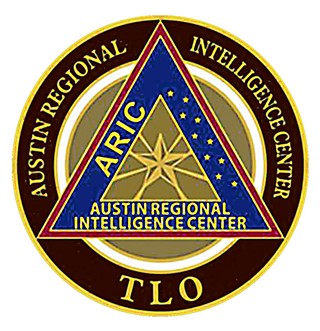 According to a report by a crime analyst with the Lakeway Police Department, at around 5:10pm on November 19, 2019, a man and woman entered a Pak Mail store to ship a package of toys to Lebanon. The report, which was sent to an intelligence fusion center run by the Austin Police Department, stated that after a cashier asked for a ZIP code the two "began yelling at her that there were no zip codes in Lebanon." The man suggested "to just put 8 or 9 - 0"s [sic] in for the zip code" and the woman suggested the cashier Google that information. The "suspicious activity" report, which included the subjects' names and dates of birth along with a mobile phone video of the incident, noted the customers' "refusing to provide personal info for mailing a package to Lebanon."

A quick Google search by the Chronicle revealed that Lebanon indeed does not use postal codes and suggested that senders put random numbers in their place. Nor do customs authorities in either the U.S. or Lebanon require a sender's home address. While being an irate customer may be bad form, it's unclear why the police would get involved – except that the senders aroused a degree of suspicion often reserved for foreigners.

The Lakeway crime analyst participates with the Austin Regional Intelligence Cen­ter (ARIC) as a threat liaison officer. As the Chronicle recently reported ("The Spies Among Us," News, July 24), the work of the TLOs was exposed in a hack of APD and other police departments around the country, known as BlueLeaks. In a remnant of post-9/11 paranoia, local TLOs are encouraged to report "suspicious activity" to ARIC, which is one of 78 fusion centers nationwide that share data with each other and with the U.S. Department of Homeland Security and other federal authorities. According to APD Public Information Specialist Tara Long, ARIC currently uses approximately 800 TLOs, both inside and outside law enforcement, all of whom sign nondisclosure agreements in order to gain access to the fusion center database.

In a spreadsheet listing TLO reports dating back to 2016, the Chronicle found at least 39 reports from Central Texas from what TLOs describe as "Middle Eastern" persons. Among the more serious reports, some involved bomb threats from callers that TLOs described as having Middle Eastern accents. Another described a Middle Eastern male recording Easterwood Airport in College Station's "fence line, air traffic control tower" with a camera. According to the report, when confronted by police the subject was identified as a flight school student claiming he "simply wanted to become familiar with the airport." The report was referred to the Joint Terrorism Task Force, a multi-law-enforcement agency.

However, the Chronicle found numerous TLO reports that "bear clear hallmarks of unconstitutional profiling," according to Brian McGiverin, director of the Austin Community Law Center. "Each report describes people engaged in otherwise mundane activity, but also identifies them by their race, ethnicity, national origin, or religion, which clearly seems to be the element that actually prompted each of the frantic reports."

One report from 2016 by a law enforcement TLO described a "loner" and "stressed" St. Edward's student who asked how Americans "can support a military that has killed millions of Iraqi women and children and persecutes Arabs." According to the report, the subject "speaks out against the Bible" and complains other students are "too materialistic." The report listed the student's suspicious activity as "Anti American Statements" and included the student's name, a photo of their face, date of birth, home address, car description, and driver's license number.

One ARIC report detailed two men of Middle Eastern descent carrying backpacks and “making neighbors anxious.” An analyst determined the subjects worked for a real estate company, so their info wasn’t added to the national database – but it was still in ARIC’s own files more than four years later.

Another report from around the same time, this one from a TLO who worked for APD, explained that men of "Middle-Eastern decent [sic] [that] have not been seen in the area prior to this month" were seen "going from a residential area carrying backpacks" and "making neighbors anxious." After receiving the information, an ARIC intelligence analyst determined the men worked for a real estate company and there was "no nexus to Criminal activity or Terrorism activity at this time." That meant the subjects' info wasn't added to the national database, but it was still in ARIC's own files more than four years later.

According to another APD TLO, on Dec. 6, 2019, "two Middle­-Eastern males wearing dark clothing were observed loitering in the parking lot" of an H-E-B with a kosher deli (presumably the Far West/MoPac store). After one of the men used the store's restroom without a purchase, store security observed how "one of the males gets down between the two [subjects'] vehicles and appears to pray or have some sort of religious experience," while the other "appears to be furtively looking around." An ARIC analyst's response acknowledged "there are no criminal violations associated with this incident" and "for reasons unknown, [the subject was] praying in the parking lot of the Kosher grocery" or "stretching his back after a long car ride." Even still, details were shared with other ARIC TLOs "for situational awareness."

The Chronicle will continue to report on the leaked ARIC material in future weeks. Stay tuned.