Nicole Conley passed over in search for new schools chief 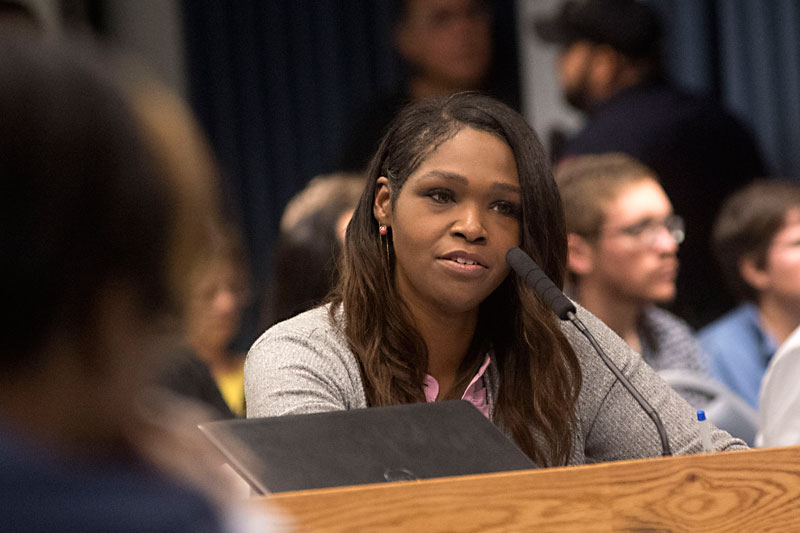 The Austin ISD Board of Trustees has only just hired a new superintendent – Dallas ISD's Stephanie Elizalde – and now the district needs a new accountant. Chief of Finance and Business Operations Nicole Conley announced over the weekend, via the Statesman, that she's quitting, and the board's decision not to interview her for the top job being vacated by Paul Cruz played a key role in her abrupt exit.

Conley was hired to be AISD's CFO in 2009 by Cruz's predecessor Meria Carstarphen (the pair had previously worked together in Washington, D.C., schools); to some degree of surprise, Conley stuck around when Carstarphen left for Atlanta in 2014. She has gained plaudits during her tenure for stabilizing the district's budget as the state's recapture of local taxes skyrocketed, as well as securing a AAA bond rating for AISD and serving on the Texas Commission on School Finance.

It's not unusual for incoming superintendents like Elizalde to hire their own teams, but when Cruz was promoted from within, Conley was already one of the leading voices and faces of the AISD administration. In 2016, she was promoted to her current role over more than just finance, with increased operational authority as Cruz focused on academics – and she became increasingly the face of the administration, especially during board meetings. The question hanging over her departure now is whether she was ever seriously in contention to lead the district.

The trustees' superintendent search, based on the community input that produced a "leadership profile" used to vet candidates, had emphasized finding a new schools chief with a strong academic background. (Elizal­de's role at Dallas ISD is similar to Cruz's pre-promotion AISD service as "chief schools officer" under Carstarphen.) Conley lacks that background and was seen as the primary advocate for the controversial School Changes plan for campus closures and consolidations, mostly in East Austin. However, the board's decision not to interview Conley – or seemingly even to give her a courtesy call – led to her resignation announcement in the daily before setting a departure date with the board, making her exit yet another decision that's more contentious than it needed to be.