Reimagining public safety – and how to pay for it 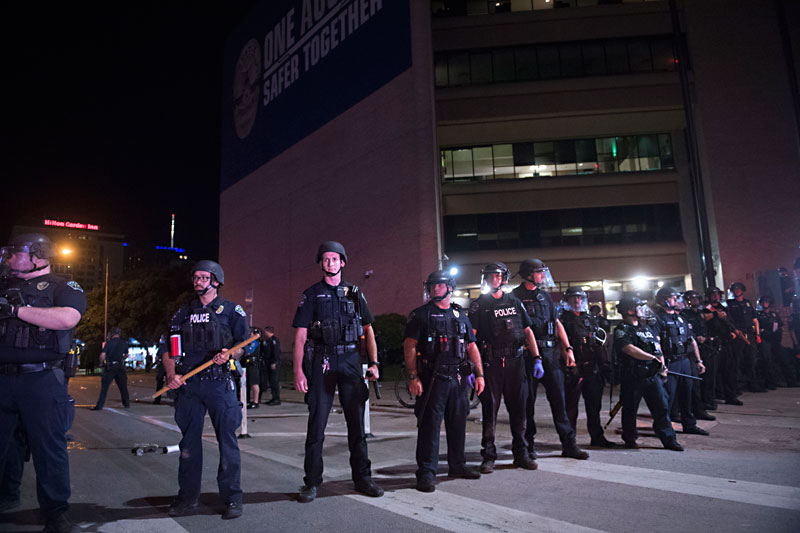 Ahead of adopting next year's budget, Council members are proposing restructuring APD. (Photo by John Anderson)

With two weeks to go until City Council adopts the fiscal year 2021 budget, the proposed amendments are rolling in. Thus far, Council members have focused primarily on public safety – looking for ways to reduce the Austin Police Department's budget by at least $100 million.

In perhaps the boldest interpretation of the "reimagining public safety" concept introduced in City Manager Spencer Cronk's proposed budget, Council Member Jimmy Flannigan has proposed to break up APD and its $434 million budget into five smaller departments, each the size of other city departments. (Fire, whose budget is less than half of APD's, is the second-largest within the General Fund.) Flannigan aims to move as much money as possible into departments led by civilians, rather than the sworn chiefs who, under state law, must lead sworn officers. Overall, Flannigan estimates his plan would move more than $90 million into civilian-led departments.

Doing so, Flannigan writes on the Council message board, allows "for each department to have separate metrics and oversight, thereby creating a way to shift organizational culture and drive outcomes." In Texas, sworn public safety chiefs have powers imbued by state law that mayors, councils, and city managers cannot touch – such as issuing discipline to other sworn personnel. Distributing money and power more broadly, rather than centralizing it under a single police chief, would increase oversight and accountability, Flannigan argues.

Flannigan's restructure would create departments of patrol, investigations, traffic safety, and professional standards – each led by a sworn chief – and a department of emergency communications and technology, which would be led by a civilian department head. The first three departments would do the work people commonly think of as policing – walking a beat, investigating violent and property crimes, and enforcing speed limits – while the communications department's work could be handled by non-sworn personnel (like 911 dispatch and records management).

With patrol and traffic enforcement – the two areas of policing where disparate impacts on Black and Latinx communities are most felt – Flannigan's proposal suggests a leadership model that provides at least one check on APD's chiefs, elevating the department's district commanders throughout the city into a "Commander's Council," with one appointed as the "Chief" to comply with state law. Much like the logic behind the 10-1 council district model, Flannigan hopes that more diffuse leadership for police patrol would bring more diverse voices into decision-making. 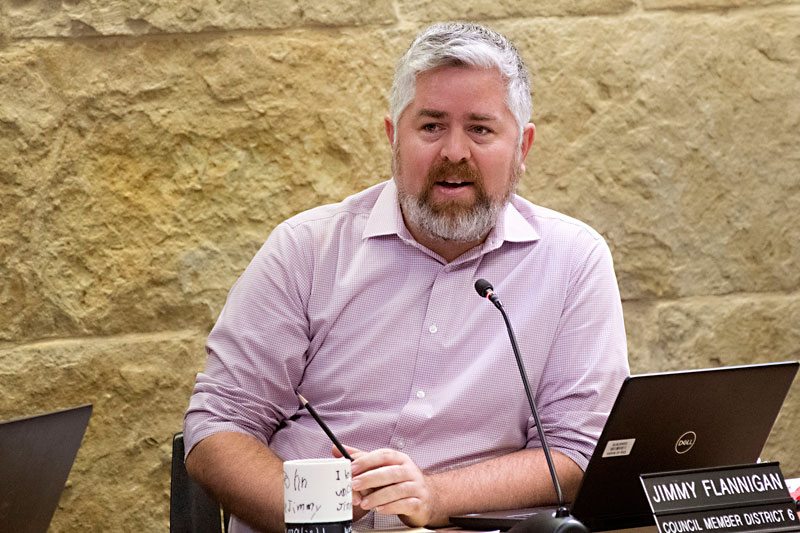 It would also solve a problem that Council and city management have found themselves in amid calls to replace Chief Brian Manley: The new model would provide a "ready list of alternative department heads if necessary," Flannigan writes of the proposal. But Flannigan cautions that the plan is just a starting point. "No one idea fully answers the community's very complex concerns," he told us. "This is a framework in which other ideas will fit."

CM Greg Casar also has thoughts on how to restructure APD. One idea more or less has reached consensus: Shift the forensics lab out, so it can function as an independent entity, a move Casar estimates would cut about $13 million from the department. But Casar also proposes moving Internal Affairs out of APD to operate as its own investigative unit. That would only remove about $4.5 million from the police budget, but it would disrupt a pattern that has frustrated justice advocates, where the police investigate their own colleagues' alleged misconduct.

Both Casar and CM Leslie Pool propose shutting down the police academy for at least the next fiscal year to allow ongoing internal and external audits to be completed in November. They argue that it doesn't make sense to train up new officers under a broken academy system, and it frees up more funding to be reallocated – although there is some disagreement on whether to save those dollars for a reformed academy or move them to other needs like a family violence shelter. Pool estimates that shutting down the academy for a year would free up about $29 million; mostly because it would close off the pipeline to fill the remaining 100 officer vacancies (staff's proposed budget eliminates 70 of them), which could not be filled if the academy is closed.

Amendments from CM Alison Alter would invest more in EMS, which would likely take on more duties as APD shrinks. Alter proposes to add two new ambulances, each with the 12 FTEs required to staff them, 12 communications staff, and 5 commanders. The proposal still falls short of the EMS union's request for at least four new ambulances to deal with increased call volume from COVID-19 as well as reimagining public safety, but Alter notes that her proposal is a "minimum request." She also suggests five additional community health paramedics and two new demand trucks should be considered for EMS.

Finally, CMs seem to agree on a proposal from Casar that the Council should adopt a "calendar of action" for the next fiscal year, indicating when they will approve future budget amendments to further reduce the police budget. The proposal is tacit acknowledgment that cuts at the scale demanded by citizens cannot feasibly be achieved before budget adoption in August. But a calendar, at least, would let those groups hold CMs accountable to further change they have committed to through a vote.