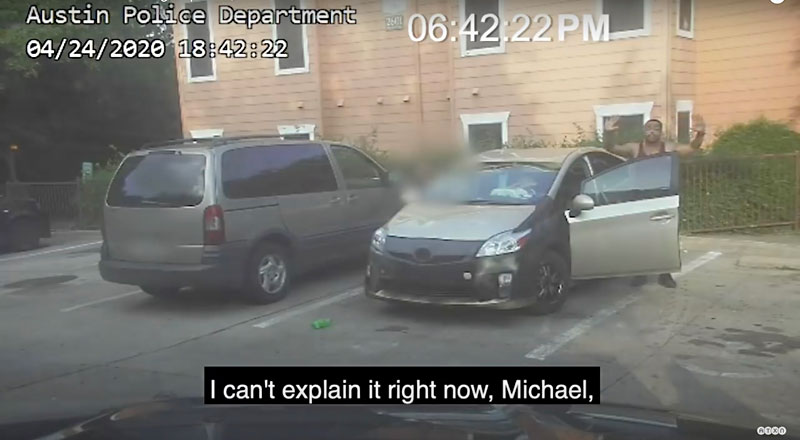 After weeks of delay, Austin Police Chief Brian Manley on July 27 released the "critical incident" video of the fatal shooting of Michael Ramos by APD Officer Christopher Taylor at a Southeast Austin apartment complex on April 24. The video includes footage from body-worn cameras showing Ramos pleading with officers to put down their weapons. The 42-year-old man, who was Black and Hispanic, can be seen with his hands in the air, explaining that he does not have a gun and asking: "What the fuck is going on?"

"I can't explain it right now, Michael," an officer responds, as shouting continues from officers with their guns drawn. Ramos complies with requests from the eight officers sent to the scene – first to put his hands in the air, then to lift his shirt to show he's unarmed. The scene becomes more tense as officers refuse to lower their weapons or explain why they have approached Ramos with such force. 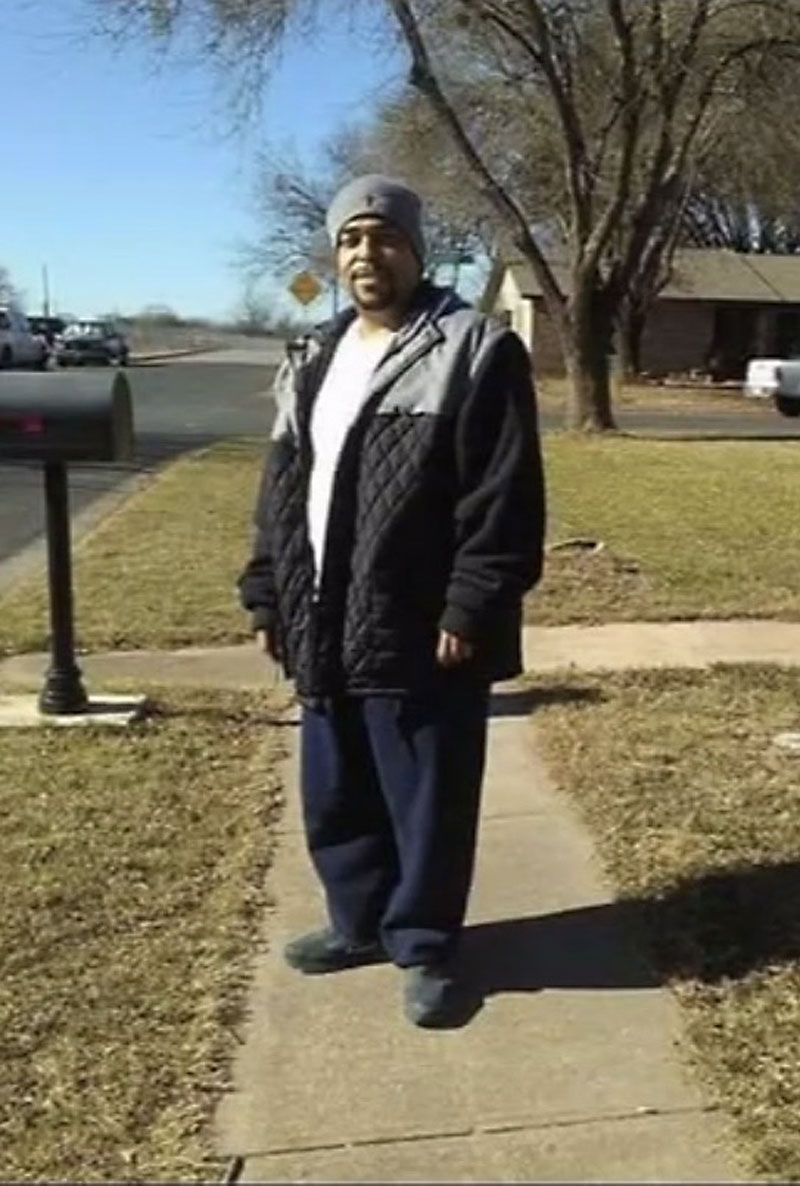 In the 911 call that prompted the incident, included with the video, the caller states that Ramos and a woman – later revealed to be his girlfriend – were "smoking crack and cooking meth" in a gold and black Prius. That vehicle had been reported stolen; in 2010 and 2012, Ramos had been arrested for auto theft. The caller also tells the 911 operator that Ramos "has a gun to this lady" and, as the operator presses for details, says, "He was pointing it at her ... I don't know what's going on, but I need y'all to come quick." Eventually, the caller says that Ramos was just holding a gun, which was not true; APD detectives failed to find a weapon on Ramos or in the car during a sweep after the shooting.

Both police supporters and critics are troubled by the 911 call, comparing it to "swatting" – intentional harassment inducing police to raid an unsuspecting target. It's unclear how much of what the operator learned was relayed to officers en route; regardless, Ramos was sitting in a parking lot in broad daylight, surrounded by witnesses – facts officers could have used when they arrived to judge whether the call was credible. The video shows officers making their plan to swarm Ramos with rifles drawn and to block any avenues of escape. It does not show them discussing how to de-escalate the situation if needed.

"The video is upsetting, because it confirms what we've been saying all along," Austin Justice Coalition Executive Director Chas Moore told the Chronicle. "Mike didn't have a weapon and he wasn't doing anything threatening to officers. It shows he was complying with them as much as he could while guns [are] drawn on him."

Later in the video, one officer says: "You're going to get impacted if you don't listen," referring to lead-pellet "impact munitions." Ramos begins to move behind his open driver-side door and asks, "Impact me for what?" – as he has no way of knowing that 911 has been called, let alone what was alleged in the call. The officers ask Ramos to walk toward them without lowering their weapons. "Man, you all scared the fuck out of me," he says.

Later in the 16-minute video, perspective shifts to footage from Taylor's body camera; an officer shouts, "Impact him," three times before Officer Mitchell Pieper – just three months out of the academy – adjusts his position and fires on Ramos with a lead­-pellet-bag round. After Ramos is hit, bystander video from the scene shows, he enters his vehicle and begins to drive away from – not toward – the officers. Then Taylor shoots Ramos three times, killing him. "It feels like The Twilight Zone," attorney Rebecca Webber – representing Ramos' mother, Brenda – said of watching the video and the officers' failure to de-escalate in any way. "It's like the officers are in a different reality than the one I live in." 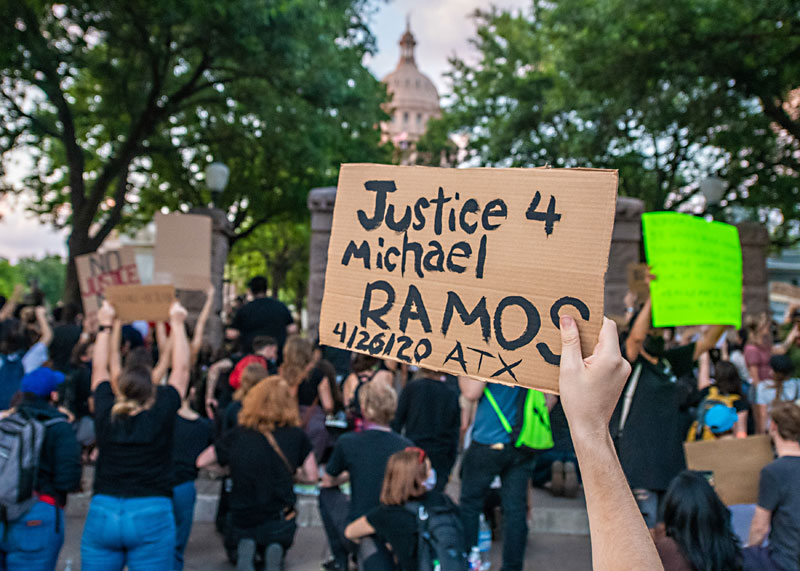 Protesters outside of the Texas State Capitol grounds in June (Photo by David Brendan Hall)
“The video is upsetting, because it confirms what we’ve been saying all along.” – Chas Moore, Austin Justice Coalition

The video is the first to be released under a new policy crafted by APD in collaboration with the Office of Police Oversight and criminal justice advocates. OPO Director Farah Muscadin said her office provided feedback on the script used and on what footage to release (in addition to the edited briefing video, APD released footage from a police helicopter, vehicle dash cameras, and other officers' body cameras). Though the policy was meant to promote prompt transparency, the 94 days between Ramos' death and the video's release is more than a month past the set deadline. Muscadin told us the video creation process "requires a team effort and should be done collaboratively" with "a lot of planning" to ensure deadlines will be met in the future.