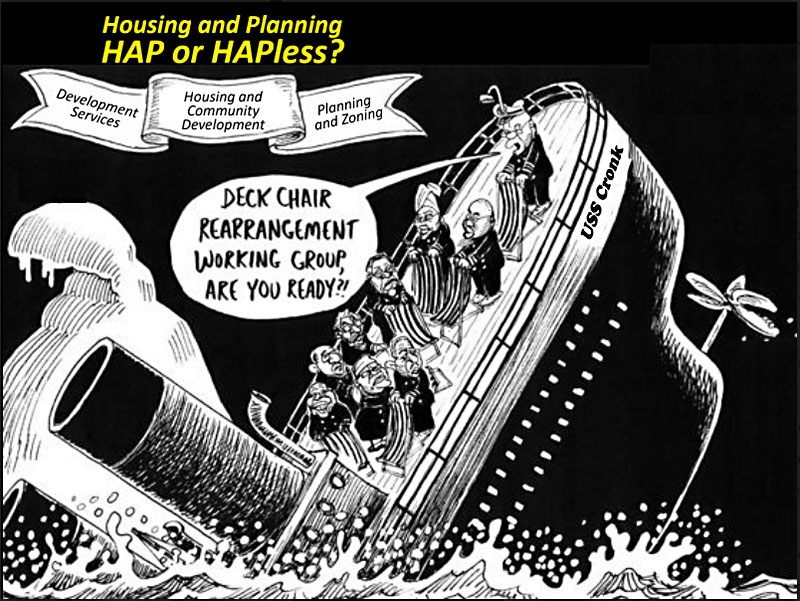 Not everyone is happy with the city manager's proposed departmental reorganization. (courtesy of Jim Duncan)

In a pair of somewhat surreal meetings Tuesday night, July 21, first city staff and then the Austin ISD board of trustees each got blasted in public comment, which they basically ignored and declined to address, and then moved ahead with the predetermined action. It was a strange and troubling evening of Kabuki theatre – giving lip service to public process, all the while knowing that there was no way public process was going to have any impact on the decisions being made. Bad stuff.

As usual, the school board was the absolute worst.

They were convened Tuesday to name the sole candidate to be the new district superintendent. A week earlier, a diverse group of mostly Eastside public education advocates, loosely organized as the Austin Equity Coalition, held a press conference and sent a letter to the board and administration asking them not to accelerate the decision, originally scheduled for July 27, and to have the finalist candidates answer a questionnaire the group had created, thus "allowing community members an increased opportunity to learn about the finalists and provide constructive feedback to the trustees prior to their decisions. ...

"The current political moment demands greater transparency across sectors and community-­driven solutions to public policy issues, and it is incumbent upon the AISD trustees to be as collaborative as possible with the community and deliberative in their process ... [F]urther lack of transparency, and changing the timeline, amidst a global pandemic, only perpetuates the community's mistrust."

So, in response to this call for transparency and openness, the AISD board convened at 2:30pm on Tuesday for some eight hours of closed Executive Session, broken up by about an hour's worth of citizens communication, which they took in without comment. (With the writing on the wall, commenters had changed their tack to now ask the board to at least have their sole candidate answer the questionnaire; there's no indication whether that, too, fell on deaf ears.) The board finally reemerged at 10:30pm to announce their choice – Stephanie Elizalde, currently chief of school leadership at Dallas ISD – voted to approve her as sole candidate after about five more minutes of discussion, and adjourned at 10:45pm.

Notably, the vote was 7-0-2 to approve, with the two trustees representing East Austin both withholding their support: Jayme Mathias abstained, citing the insufficient process and time to select a sole candidate out of 64 qualified applicants, and LaTisha Anderson did the same, stating flatly that while she looked forward to working with Elizalde, "I don't think she's the best person for the job." So, as usual, this board and administration give lip service to the Eastside but move full speed ahead without the Eastside's consent. Ominously, one of Elizalde's key attributes that was cited was how successful she had been in managing school closures in Dallas. Let's all hope she has more sense than the people who selected her.

... Meanwhile, it looks like there may be no incumbent trustees running for reelection this November; all four have indicated that they're not going to seek another term.

Planning on Planning Ahead

A couple of weeks ago, Assistant City Manager Rodney Gonzales announced a plan to merge the city's Planning and Zon­ing Department into the Neighborhood Housing and Community Development Depart­ment in the 2020-21 fiscal year, which starts in October. The new department's proposed name is the Housing and Planning Department, to be led by current Housing Department head Rosie Truelove. On Tuesday night, Gonzales and Truelove led a staff presentation of the plan to the Zoning and Platting Commission, and it was not terribly well received. A clear majority of the board expressed grave reservations about the move, especially the fact that it doesn't include a head planner.

Nor was it solely the commission's density skeptics sounding alarms. Some of the bluntest comments came from Jimmy Flan­nigan appointee Bruce Evans: "I think that it's imperative that this whole operation be led by somebody who thoroughly understands the planning process. We're a victim in the city of not properly planning for such a long time, and I think that, without having somebody on board that's trained and capable in that area, [it's] just going to lead to more of the same."

Commissioners Ann Denkler ("I don't think you got it right. ... Why isn't the head of this department someone with experience in planning?") and Jim Duncan ("It's imperative that this be done right; if not, don't do it.") piled on, and Duncan assailed Truelove's record at Housing as well: Back during the CodeNext process, "I was frustrated because nobody had any idea of how many dwelling units our affordable housing program had generated. That's five years ago. This is 2020. We still have no idea. That is not good management. ... The future is good, OK, and it's going to be good in Austin. But somebody needs to start making some major changes. And start listening to the entire community, and not just the one-percenters."

He also pointed out that it's been a year now since Planning Director Greg Guernsey retired, and there's been no real move to rehire the position. (Nor do we have a city demographer, several people noted in dismay. June 30 was – very quietly – Ryan Rob­in­son's last day on the job, after 25 years in the position.) "We are the only city that I know of, major city, that does not have a certified planner in a key management position," said Duncan, and Chair Jolene Kiolbassa built on that by referencing an earlier discussion about "visionary planner" Dick Lilly: "And I thought, 'Where is our Dick Lilly, and why are we not looking for a Dick Lilly right now?' And I think it's especially important now to have a Dick Lilly [because] we are not being planned right now, and planning is more than housing; it's transportation, it's open space, it's resiliency. It is so many things. ... So let's go back to being purists and having people who plan in the Planning Department."

Gonzales ended the session by thanking the commissioners for their comments but affirming his determination to move ahead with the move. He said he hoped to have an org chart ready for public view within the next couple of weeks and that there might be an opportunity to bring on a fourth executive, probably an assistant director position, who will have planning experience.

Meanwhile, two very different "grassroots" groups are organizing to try to bring two very different proposals to voters. First came a petition drive by Austin Out­side, a local nonprofit comprising some 37 other local nonprofits – primarily environmental and social activist groups – asking that the city approve a $750 million Safe Mobility bond "for a public vote this Nov­em­ber to fund the City's Sidewalk Plan, Bicycle Plan, Urban Trails Plan, and Vision Zero goals." There's no official response from the city thus far, and it's unclear whether officials might find it either complementary, or perhaps in competition with, the much larger Project Connect bond they hope to put before voters in that same election. (Local taxpayers would have to pay for over half of that $10 billion plan, amounting to perhaps $360/year for the average homeowner, compared to $50 for the Austin Outside plan.)

Then there's Austinites for Progressive Reform, a campaign newly announced this week "to amend the city charter to make local government more representative, diverse, responsive, and accountable to the people it serves." Specifically, though this isn't expressly stated anywhere yet, the idea is to put a package of city charter amendments on the May 2021 ballot that would move the city to a strong-mayor form of government as opposed to the council-and-city-manager form we have now, move the mayoral election to coincide with presidential elections rather than the lower-­turnout off years, and create a public campaign finance system.

The steering committee list includes some heavy-­hitter names: Andrew Allison, Fred Cantu, Angela De Hoyos Hart, Bobby Levinski, Nelson Linder, Chas Moore, Mary Patrick, Carmen Llanes Pulido, Shuronda Robin­son, Eugene Sepulveda, Tom Terkel, Selena Xie; add in the "political team" of Sepulveda, Jim Wick, Laura Hernandez, Mark Littlefield, David Butts, and Mykle Tomlinson, and you have a big chunk of the inner circle of Mayor Steve Adler, who's spent much of his tenure chafing at the limitations of being a "weak mayor." But while the goals are worthy, it's worth noting that there's no real evidence that strong-mayor is any more democratic a governance system than council-manager; there are plenty of examples around the country of both systems producing good and bad results. One thing it clearly does, though, is to make management decisions more political and more susceptible to being controlled by a charismatic populist. In these heady days of BLM and police reform, populism looks pretty good, but it's worth reminding yourself that the most successful charismatic populist in recent history is still squatting in the White House. Be careful what you wish for.