Will "Save Austin Now" make it to the ballot? 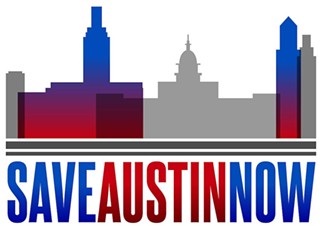 A coalition of conservative groups organized as Save Aus­tin Now submitted just over 24,000 signatures in its petition initiative aimed at rescinding changes to three ordinances City Council loosened in June 2019 to effectively decriminalize homelessness in Austin. If 20,000 of the signatures are validated, the petition will qualify as a ballot initiative to be put to voters in the November 2020 election. Organized by Travis County GOP Chair Matt Mackowiak, with support from the Austin Police Association, SafeHorns, and conservative donors, SAN turned in fewer signatures than the four most recent citizen initiatives, several of which were able to gather more than 30,000. That lack of breathing room could be compounded by SAN's untested and costly effort to solicit signatures by mail from voters all over the city, who may have filled the forms out incorrectly.

SAN is ostensibly an "educational nonprofit" that initially billed itself as a volunteer operation, but that changed once its petition drive ground to a halt due to COVID-19. SAN was always raising money – from 1,000 donors, according to Mackowiak – which they began spending on their campaign, first on the sign-by-mail effort, and then by paying individuals to gather signatures.

Mackowiak did not respond to questions from the Chronicle about how much money the group has raised (he told the Statesman it was $140,000), who donated, or why he didn't start a PAC. Instead, Mackowiak said in a statement, "As a federal 501(c)4 educational nonprofit, we are complying with all laws and regulations that apply to us. ... If we qualify for the November ballot, we will create a PAC and file with the city and comply with all campaign finance laws related to local elections."

But per Texas campaign finance law, nonprofits are generally not allowed to spend money on political activity, unless they organize as a political action committee and disclose their donors. That's common practice for the many nonprofits involved in Austin politics who have separate PACs; even the Austin Civic Fund, the nonprofit front group used by conservatives in 2018 to push the Proposition K "efficiency audit" ballot initiative, laundered its dark money through PACs. SAN hasn't done that, though; instead, it solicited paid signature wranglers in emails and in Facebook posts.

Although SAN couldn't follow the petition initiative playbook, the group did understand the value of paying for signatures. And as in previous efforts that relied on that model, stories of misleading pitches from petitioners, who are often paid by the number of signatures they collect, have flourished.

Marina Roberts, a local organizer who worked with the Homes Not Handcuffs coalition to decriminalize homelessness last summer, overheard SAN petitioners repeatedly mischaracterize what the ballot initiative would do if passed as she counter-canvassed at polling locations throughout early voting and on election day. The SAN ordinance would restore the city's camping, sit/lie, and panhandling ordinances to their pre-2019 language; it has no other provisions. But according to Roberts, petitioners told voters that the effort would also help house people experiencing homelessness and provide better services to them. "The most egregious lie," Roberts told us, "was that the petition would result in more affordable housing in Austin, more shelters, and even giving people experiencing homelessness access to clean water. It was all just blatant mistruths."

Roberts was also subjected to harassment and attempts at intimidation by two men collecting signatures for SAN. They insulted her physical appearance and told her she was a bad sister for not helping her sibling, who is homeless. On three separate occasions, SAN volunteers called the police on her, but she was never asked to leave nor issued a citation. Instead, in one instance on July 14 at Travis High School, the petitioner was asked to leave the polling location; apparently, he already had several people complain about his behavior.

The misleading pitches by petitioners and hollow claims by Mackowiak that SAN is "not anti-homeless" have motivated at least 145 people to contact the city clerk's office and SAN directly to have their names removed from the petition. The recalled signatures may not be enough to stop SAN from getting on the ballot, but we won't know until City Clerk Jannette Goodall finishes verifying the signatures. If they are validated, Council has 10 days to adopt SAN's ordinance or (more likely) call an election on the initiative, then write the language that will appear on the ballot. 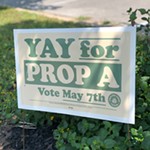