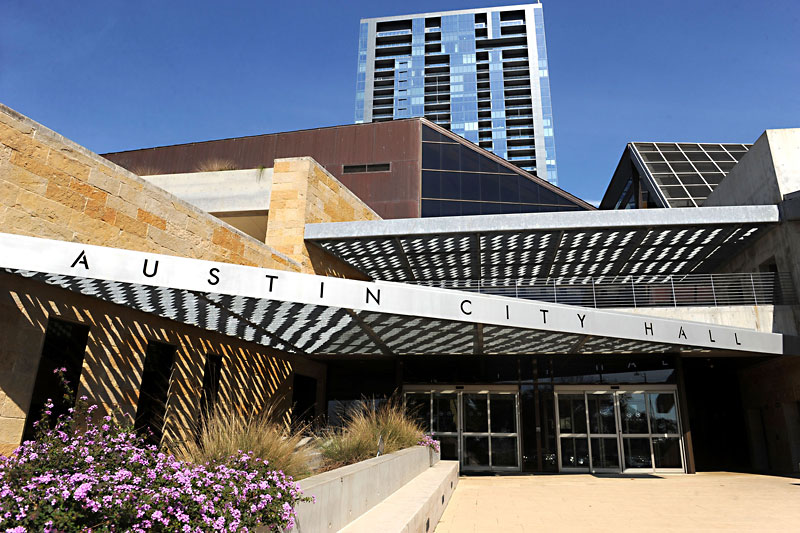 Last summer, a report from the Meadows Mental Health Policy Institute looked into how Austin's emergency response apparatus handled mental health calls for service, and offered six recommendations on how city, county, and public safety leaders could act to improve the outcomes of those calls.

Initiated by a line item in the city's fiscal year 2019 budget, the report laid out a road map for emergency mental health response with both in-person and remote clinical support by trained professionals. The six recommendations, based on an analysis of 911 calls from 2016-18, include better training for 911 call takers, so they can identify subtle clues that may indicate an emergency call requires mental health support – including thorough staffing of psychiatric clinicians at the dispatch center who can help triage complicated emergency calls.

“If we really want to make a difference, we have to address these crises as the health issues they are, instead of public safety concerns.” – NAMI Central Texas Executive Director Karen Ranus

The report also recommended expanding the Expanded Mobile Crisis Outreach Team, staffed by Integral Care, which can help connect people in crisis with resources to help, while keeping them out of jails or hospitals. Telehealth technology could allow a trained clinician to support every mental health call anywhere in the city (data analysis showed that the highest concentrations of crisis service calls to 911 came from Council Districts 1, 3, and 9).

The Meadows report also addresses how public safety agencies can prepare community members for what to expect during mental health calls, through culturally appropriate training materials available in different languages – especially in Spanish. It calls for changing the way agencies follow up with people who've experienced a crisis, so they are better connected with services that can prevent the next emergency.

A year later, none of the recommendations have been fully implemented, although the Austin Police Department, Austin-Travis County EMS, Integral Care, and other agencies have made some progress on each. The COVID-19 pandemic sidetracked many efforts, and some require more funding than has yet been available; about half of the total $5.3 million needed for the plan should be allocated in FY 21.

But some recommendations require no new funding and shouldn't (at least in theory) have been slowed by COVID-19. For instance, Travis County's Behavioral Health & Criminal Justice Advisory Com­mittee was recommended to serve as a mental health advisory body to police Chief Brian Manley; APD would provide quarterly data reports on crisis response to inform BHCJAC's feedback. So far, one such report has been issued; a second was due at BHCJAC's meeting Friday, July 10, but APD did not deliver it; an interim report is expected in August.

The Meadows report also suggested that Community Health Paramedics – a specialized unit within EMS that helps vulnerable Austinites with "proactive pre-crisis interventions," in part by building relationships with those clients – accompany APD Crisis Intervention Team members on follow-up visits to take advantage of their training in preventive care. This recommendation would not cost anything, but CHPs have been reassigned to front-line EMS duty to handle COVID-driven increases in call volume. An EMS spokesperson told the Chronicle that CHPs accompany CIT on follow-up visits when possible.

On July 9, at the meeting of Council's new Public Safety Committee, Meadows' BJ Wagner noted that the program "is specific to this city" and that "it takes into account the infrastructure and challenges in traveling around the city," as well as data analysis of variations in calls in different parts of the city. "The program design for Austin has to have the grand scale that Austin" has as a large metropolitan city, Wagner told the committee. "It has to have the best use of technology possible ... with over 1 million people and growing every day, you cannot hire enough people to address this problem."

The recommendations to retool 911 call response, including retraining call takers, and to involve telehealth to expand the reach of clinicians reflect Wagner's point. To date, Integral Care has conducted six training sessions with 73 call takers; after a COVID-19 pause, they resumed in June and expect to train the entire 911 call center by the end of September.

The training consists of eight hours of "Mental Health First Aid," a program used nationally (and by IC since 2006) that teaches the basic tools of recognizing and responding to indicators of a mental health crisis; NAMI Central Texas also provides a one-hour session that includes testimony from individuals living with mental illness, to help engender empathy in call takers by showing them what people are like when not undergoing the frightening experience of a mental health crisis.

Since December, EMCOT clinicians have been staffed at the 911 call center so calls for APD service can be diverted to clinicians offering support to officers. The service is available weekdays from 8am-midnight; weekends will be added in August, and a similar protocol for calls directed to EMS will be implemented later this month. (The Meadows analysis found that most crisis calls occurred 4pm-12mid.)

The use of telehealth has also grown; both APD and EMS have iPads distributed across patrol sectors that officers can use to connect to EMCOT clinicians Monday-Friday from 10am to 10pm. This means clinicians can provide support in situations that may be too dangerous for civilians or too far away in distance or travel time; they also allow lower priority calls to be handled remotely, freeing up in-person resources for higher-need service calls.

But there are limitations: Digital conversations can be a poor substitute for in-person interaction, and sometimes sedation, hospital transport, or involuntary detention of a person may be necessary to fully de-escalate a situation – all protocols that cannot be carried out over an iPad. Although the Meadows recommendations primarily focus on expanding EMCOT telehealth services, the FY 21 budget proposed by City Manager Spencer Cronk includes funding for seven new CHPs who can provide that in-person support.

Underlying this effort to transform mental health response is a parallel need to change how society views mental illness. "If we really want to make a difference," NAMI Central Texas Executive Director Karen Ranus told us, "we have to address these crises as the health issues they are, instead of public safety concerns."