As the D.A. Delays, Michael Ramos' Killers Remain on Duty

The Ramos probe plods on 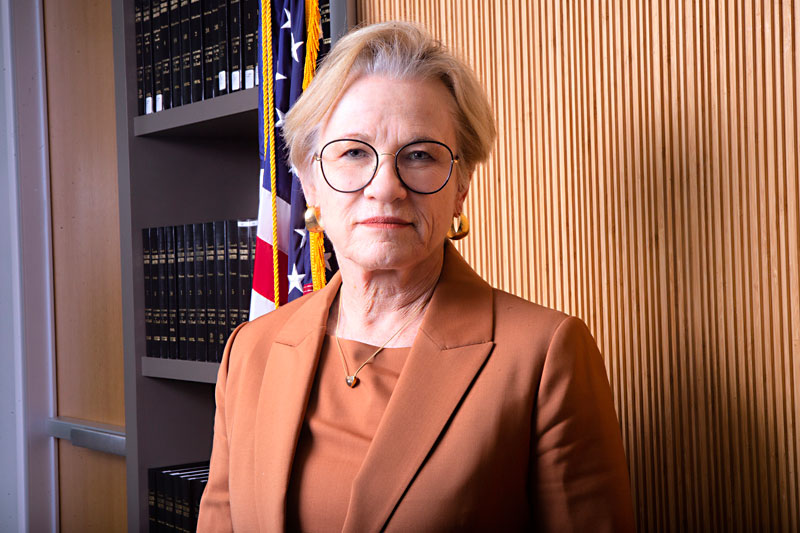 Travis County District Attorney Margaret Moore does not want Austin Police Chief Brian Manley to take any disciplinary action against the two officers who killed unarmed Michael Ramos on April 24 until her work concludes – which could be months from now.

"It is our preference, and our respectful request, that the Chief defer administrative action until we have reached a conclusion to our criminal investigations," Moore wrote in a letter to Council Member Greg Casar on June 24. "It is my concern that the administrative action could prejudice the criminal case." Manley has sole discretion on whether and when to discipline officers, and Moore's letter outlines why her request is "in the interest of justice."

Casar has pressed Manley and Moore as to why officers Mitchell Pieper, who first shot Ramos with a lead-pellet bag while the man's hands were raised, and Christopher Taylor, who fatally shot Ramos seconds later as he attempted to drive away, have not been disciplined. At first, Manley said waiting for the findings of a criminal probe (and not just an APD Internal Affairs investigation) was standard procedure in such cases. However, Officer Geoffrey Freeman, who killed 17-year-old David Joseph in 2016, was fired by then-Chief Art Acevedo before the case went to a grand jury.

Casar then followed up with the D.A.'s Civil Rights Unit, which said it was not standing in Manley's way. This was soon contradicted by Moore, whose letter to Casar indicated her request for delay was part of her office's standard procedure, which she instituted when she created the CRU after taking office in 2017, after Joseph's death.

For Casar, his Council colleagues, and justice advocates, it's another cause for frustration. "My view is there's nothing nefarious about the request to delay," Casar told us. "It is common practice, but that is not acceptable anymore. We need to change the way things are done." In a statement, Moore said she is "wholly committed to seeking justice in the shooting of Michael Ramos" and that when she visited with Ramos' mother, Brenda, to explain to her and her attorneys how the criminal process would unfold, "Mrs. Ramos was emphatic in her request that I seek justice for her son." (See Moore's full statement to the Chronicle at end of story.)

However, a letter from Brenda Ramos' attorney, Rebecca Webber, responding to Moore's request that Manley not discipline the two officers, characterizes the lack of charges or disciplinary action against Taylor as "unconscionable." Webber goes on: "There can be no question whatsoever about Ms. Ramos's position on what constitutes a measure of justice for her son." In her statement, Moore says that as D.A., her focus is on "preserving the integrity of the criminal case." How strong of a case her office has built will soon be tested: Moore announced that a special grand jury in the shooting would be impaneled on Aug. 11, and prosecutors would present their findings before the end of August.

Criminal prosecutions of police officers are notoriously difficult, given the low bar required of cops to assert that a "reasonable person" would find their actions warranted. Some trial attorneys believe that suspending or firing officers accused of misconduct before going to trial, or even to a special grand jury to seek an indictment, might lead jurors to go easy on cops who've already been punished. (Freeman was no-billed by the grand jury after being fired.) Others argue the reverse – that discipline substantiates the prosecution's case that an officer's actions are unjustifiable.

In any event, the two processes are separate – Moore herself writes to Casar that it's "critical" that they "proceed independently of each other." In a statement, Texas Fair Defense Project attorney Emily Gerrick said of Moore's decision, "In no other circumstances would a D.A. ask an employer to keep somebody on the payroll because it might bias a jury against the person she's supposed to be prosecuting for murder."

APD also disclosed the names of five officers being investigated internally over their use of force against protesters in early June. The five – Nicholas Gebhart, Kyu An, Kyle Felton, Derrick Lehman, and John Siegel – all have been placed on paid administrative duty. Beyond the release of their names late on Friday, June 26, APD has provided no details of the officers' actions and whether they resulted in the several critical injuries sustained by protesters that weekend. None have had any complaints made against them via the Office of Police Oversight's anonymous reporting tool since it was launched in November 2018; APD has yet to respond to our public information requests for records prior to that date.

Also this week, the Council Public Safety Committee will hold its second meeting, which Chair Jimmy Flannigan described as a "listening session" for CMs to hear from normally unheard voices in the public safety conversation. Academics, legal experts, and frontline officers – but not APD or city leadership or prominent justice activists – will join the committee to talk about police policy and tactics, and how APD can best implement changes outlined in Council resolutions passed June 11. "We're trying to get to the meat of the question," he told us. "Take a step back from the complicated rhetoric surrounding these questions and find areas where there is agreement on policy, even if the words used to describe that change are different."

On July 1, D.A. Margaret Moore sent the following statement to the Chronicle regarding her letter to CM Greg Casar:

"I am wholly committed to seeking justice in the shooting of Michael Ramos. I have visited with his mother to explain to her and her attorneys how our process will take place and answered her questions. When I spoke to Mrs. Ramos, she was emphatic in her request that I seek justice for her son, and I assured her we would do so.

"As District Attorney, my priority is—and must be—preserving the integrity of the criminal case. Austin City Council Member Greg Casar is more focused on the disciplinary action available to the Chief of Police. Both pursuits are important and both will be conducted with a view toward achieving justice in both arenas.

"It has now been set that a special grand jury will be impaneled on August 11th. The case involving the death of Michael Ramos will be presented to that grand jury before the end of August. This time frame should not cause delay in the administrative process."