ACC Is Almost Entirely Online and Students Are Enrolling in Droves 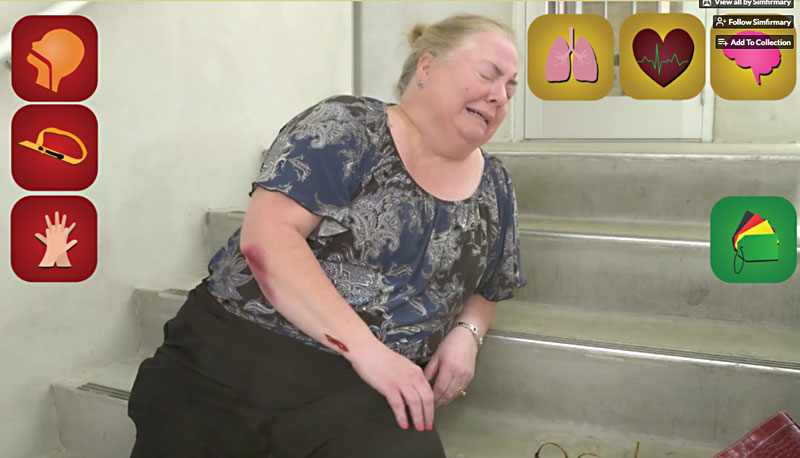 At Austin Community College, nursing students began their summer classes playing educational video games. Like other institutions, ACC moved all classes online in March to limit the spread of coronavirus. When the college opened its summer registration, it did so with a disclaimer to students: Nobody would return to campus for at least a month. Instead, they would replace real-life courses, including hands-on skills labs, with virtual interactions, including online hospital simulations.

The response? ACC's highest summer enrollment in nearly a decade.

The college's summer session enrolled around 24,000 students last year. This year, enrollment was 7.5% higher than that, while credit hours, reflecting how many classes students take, were up 13%. Both are at their highest level since 2012. "We certainly have had a huge uptick," said Gaye Lynn Scott, ACC's associate vice president of academic programs. "We have more students, but they're also taking more classes."

It was ACC's biggest percentage jump in enrollment since the Great Recession a decade ago. This time, the economic devastation has been even more severe, and the college's largely first-gen and lower-income student body has coped with sudden unemployment and financial instability. In normal times, 80% of its students attend part-time, balancing classes with jobs. After COVID-19 hit, Scott said, 60% of ACC's enrollees were unemployed: "The pandemic has turned their worlds upside down."

Many of those students rushed to seek help from established resources, such as ACC's food pantry and its emergency fund, which helped students with unexpected expenses like a blown tire. (That fund now helps unemployed students pay their summer tuition.) "We have always understood that our students, especially, are trying to juggle life demands with their role as students," Scott said. "We are about more than just helping them learn; we are about helping them navigate their lives so that that degree that they're pursuing is really in their hands. It changes the trajectory of a student's life to get that award."

The federal CARES Act made the juggling act possible. ACC received $14 million in funding from the coronavirus relief bill, half of what UT-Austin and Texas State received, based on a formula providing more funds for full-time students. ACC has already handed out $3.4 million of the $7 million it received for student financial aid, including $361,000 for summer students. It may have even higher demand for aid in the fall.

"Traditionally, as unemployment goes up, community college enrollment also goes up," Scott said. "I think we are cautiously optimistic about the [fall] numbers, if summer is any indication ... I think we might see some students who delay going off to a four-year for another year until the world settles a bit, and decide to start their college careers with us."

The expected rush is so great that although ACC is currently under a soft hiring freeze, Scott said they'll likely request to hire more adjunct faculty for the fall, to teach popular intro-level courses from afar. Indeed, aside from hands-on courses like nursing, "anything that can be taught online will be taught online" at ACC this fall, according to Scott. Many students and teachers have inconsistent internet access, so ACC used CARES money to buy computers and set up parking lot wi-fi hot spots, instead of having people return to its classrooms.

Online learning is not perfect, even for less hands-on courses. Dejanae Mobley has been attending ACC for two years, studying to become a historian, volunteering on campus, and watching documentaries about ancient Rome in her free time. In the spring semester, she took her first history class and retook a math course where she'd struggled the prior semester. Mobley, who has autism, was doing well until classes went online; then she used an ancient computer passed down from her mom to go to school.

"It would crash on me, sometimes during lectures for my math class," she said. "We would have hands-on [instruction] where she would show me [how to do a problem] but I wouldn't be able to hear her on my microphone." Mobley had difficulty scheduling time with tutors, and did not pass. She considered not returning in the fall, to avoid an online-only third try at the math class. However, her family encouraged her to keep going, and she plans to enroll in the fall, along with thousands of other students.

"We really are a resource for people in our community who are struggling," Scott said. "They've lost their job; we are a place they can come and skill up and redirect their focus."