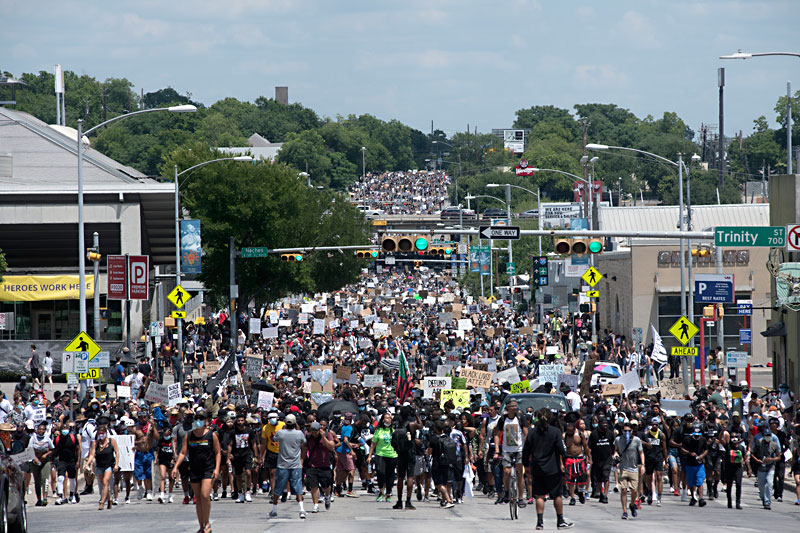 A diverse coalition of thousands participated June 7 in the Black Austin Rally and March for Black Lives, rescheduled after the previous week's rally was canceled due to concerns over violence. The peaceful protest started at Huston-Tillotson University and marched to the Texas State Capitol. (Photo by John Anderson)

In-Custody Death Under Scrutiny: An Austin-American Statesman and KVUE investigation into the 2019 death of Javier Ambler has prompted three Williamson County commissioners to demand the resignation of WilCo Sheriff Robert Chody. Ambler, who was pulled over for not dimming his headlights, died after sheriff deputies tased him four times despite Ambler's cries that he had congestive heart failure and couldn't breathe. A camera crew from A&E reality show Live PD rode along with deputies that night, but show reps claim they've destroyed the footage.

Free COVID-19 Testing: Austin Public Health urges anyone who has taken part in recent protests (or otherwise has been unable to social distance) to register for a free, drive-through COVID-19 test at an APH facility. Testing is available even if you're not showing symptoms. Though any cases contracted during the protests would not yet be showing up in APH's metrics, those numbers have shown a steep increase in confirmed cases this week, with 161 reported on Tuesday.

Readying to Redistrict: To aid with the upcoming 2021 council redistricting, the city seeks residents to serve either on a 14-member Independent Citizens Redistricting Commission, which will redraw district boundaries, or on an Applicant Review Panel, which will help narrow the pool of commissioner applicants.

Unfollow Unfollow Unfollow: The governor called for the resignations of two GOP county chairs who shared racist Facebook posts; a Texas Tribune report identified a dozen Republican chairpersons across the state who had shared social media posts that were racist, anti-Semitic, or promoted the conspiracy theory that George Floyd's murder was staged. For his part, Texas Agriculture Commissioner Sid Miller has claimed George Soros is paying protesters and suggested Soros is trying to start a "race war" for political purposes.

We're No Handwriting Expert, But... Austin Police was roundly mocked over the weekend when APD tweeted a photo of a pile of thank you notes from the community, some of which boasted a suspicious similarity in handwriting.

No-Fly Zone Austin-Bergstrom International Airport reports that, compared to April 2019, passenger traffic decreased in April 2020 by 96.6%, with only 47,781 passengers flying in total during the month. 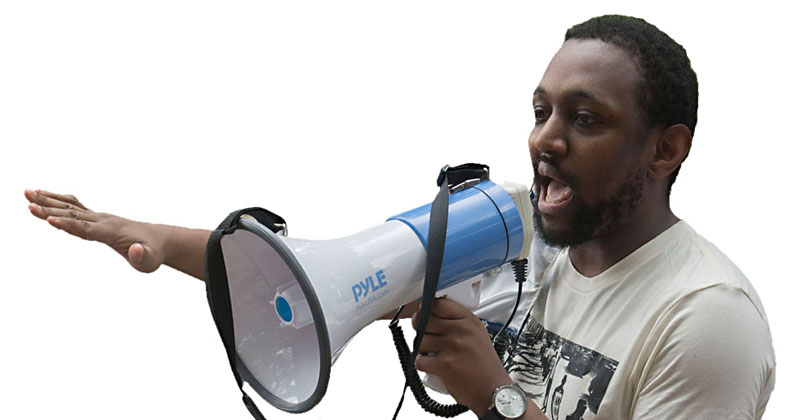 “Today is about us being seen.”