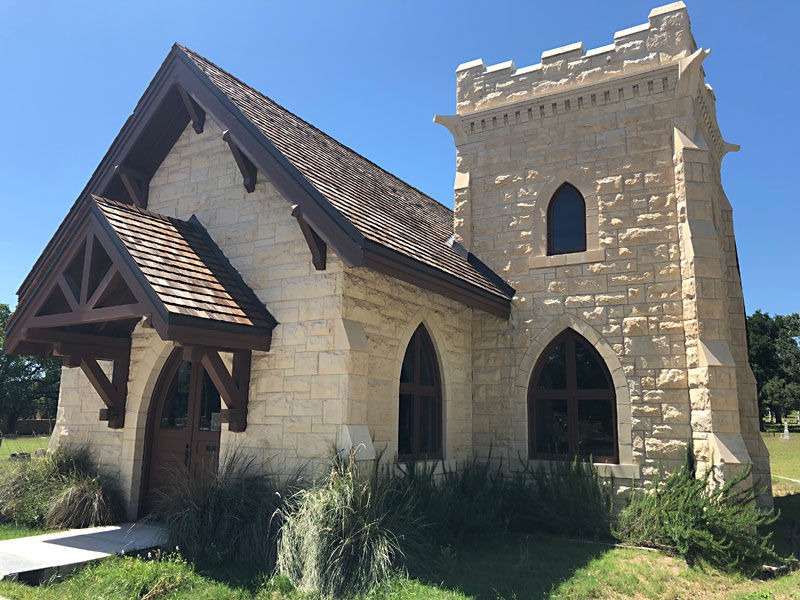 They were men and women, boys and girls, some Black, white, Hispanic, and even Asian, and some whose race cannot be known. One may have held a crucifix. That's some of what we've learned about the 35 people buried under the Oakwood Cemetery chapel whose remains were exhumed and studied, according to reports published by the city last week.

The chapel at Oakwood, the city's oldest cemetery (located in Central East Austin just south of UT's Disch-Falk Field), was built in 1914 after decades of burials on the site – including unmarked graves in areas reserved in earlier times for indigent burials and as the segregated "colored grounds." The chapel was later repaired – and raised about four feet – during World War II.

Today, there are both laws and strong community sentiments that require such work be done more carefully. When the chapel restoration project began in 2016 and almost immediately encountered evidence of burials, work was halted and, after some hesitation on how to proceed, the plan to exhume, examine, and reinter the impacted remains went into effect. (There are also more than a dozen burials around the chapel that were left intact as the restoration plans were reworked to avoid them.)

The reports by Hicks and Company, an environmental and archaeological consulting firm, and the Texas State Univer­sity forensic anthropology lab lay out in detail what could be discerned after the painstaking excavation of the grave sites, packed closely within the 550-square-foot chapel. The teams found not only skeletal remains but remnants of coffin hardware, of grave clothes (particularly buttons, which are especially useful to archaeologists), and artifacts such as the crucifix found with the remains of an infant. Determining gender, age, and ethnicity – or "biological affinity" – depends on what bones are found and in what condition, and proved impossible for some burials.

The restored chapel is currently closed due to COVID-19; a ceremony to reinter the remains elsewhere in Oakwood, with monuments and exhibits telling their story, is likewise on hold during the pandemic.