For Texas Prisoners, COVID-19 Shouldn’t Be a Death Sentence 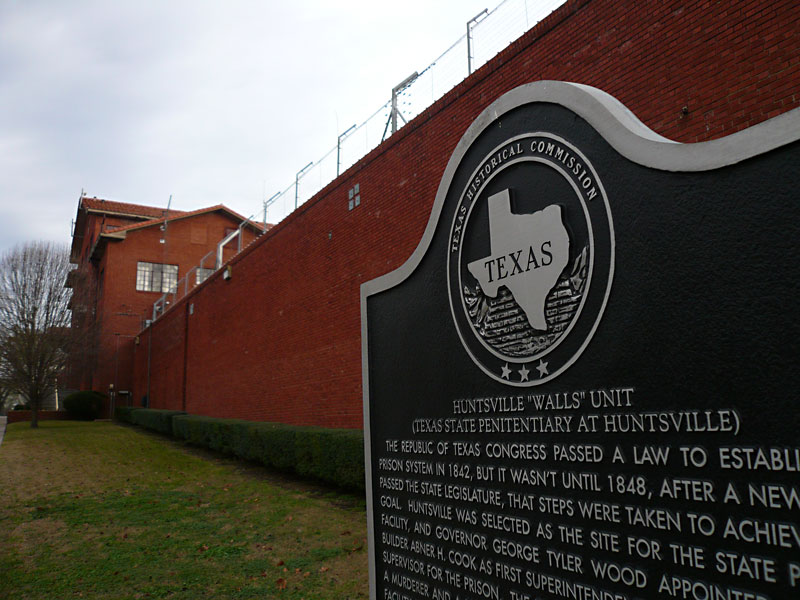 Criminal justice advocates have warned for weeks that it was only a matter of time before the coronavirus pandemic became a crisis in the state's prisons. Now, COVID-19 is racing through the system and advocates are amplifying their pleas for the release of as many prisoners as possible.

Groups representing formerly incarcerated people, the families of prisoners, and advocates of reform are asking Gov. Greg Abbott and the Texas Board of Pardons and Paroles to release prisoners near the end of their sentences and those already eligible for parole, as many as 77,000 inmates. The groups – LatinoJustice, Grass­roots Lead­ership, Texas Advocates for Justice, Texas Inmate Family Associa­tion, Just Lib­erty, and others – have launched a call-in and online campaign using the hashtags #SaferAtHome and #FreeThemAll. So far, rather than being released, many prisoners eligible for parole have been stuck in locked-down prisons as authorities put judicial proceedings on hold.

The novel coronavirus started creeping into the prison population in late March, but in the last week the number of those infected has skyrocketed. As of May 12:

• 1,229 inmates and 439 Texas Department of Criminal Justice employees have tested positive for the virus. These numbers increase daily and drastically understate those infected; TDCJ on Tuesday announced it would provide inmates with self-testing kits, though their accuracy is uncertain.

• More than 20 prisoners have died, along with five TDCJ employees.

• More than 1,200 prisoners are sick. Again the numbers are doubtlessly higher, as reports suggest inmates are hiding illness to avoid being taken to infirmaries, which are considered dangerous.

• More than 42,000 inmates, about a fourth of all state prisoners, are on lockdown, kept in their cells 23 hours a day and not allowed visits or phone calls.

With their close confines and unsanitary conditions, prisons are historically dangerous places during a pandemic. And the danger extends to the communities that support them. A report by Keri Blakinger of the Marshall Project details the concerns of city officials in Palestine, a city of 18,000 in Northeast Texas. Just outside the town are five prison units with 14,000 inmates; 2,000 workers from the surrounding area enter and exit them daily. Tensions are flaring between city leaders and prison administrators now that one of the prisons, the George Beto Unit, has become the biggest COVID-19 hotspot in the TDCJ system. As infections multiply, many of Palestine's citizens worry that the rampant illness will inevitably lead to COVID-19 deaths in their city.

The situation in Palestine, one of dozens of prison towns scattered across the state, many in rural areas, illustrates the connection between the safety of prison populations and the general population. "To flatten the curve in Texas, we must also flatten the curve in Texas prisons," said Jorge Renaud of LatinoJustice. "Right now, we are all safer when the prison population is lower and people are at home."

The true number of those infected in county jails is even harder to know, because many counties aren't reporting regularly to the Texas Commis­sion on Jail Standards. But in the counties that are reporting, cases have tripled in the last 10 days. As of April 30, TCJS reported that infected inmates in county jails numbered in the high 700s statewide. Nearly 300 jailers have tested positive as well. Harris, Dallas, Tarrant, and Bexar Counties have the most cases.

Amazingly, Travis County has yet to confirm a single inmate with COVID-19, though five employees have tested positive. "I feel like we're just remarkably blessed and we've worked really hard to do everything we can to protect that population," said Kristen Dark of the Travis County Sheriff's Office. As of May 11, 65 inmates have been tested, with 56 negatives and nine cases still pending in a total population of 1,733. Sheriff Sally Hernandez was quick to implement measures recommended by the Centers for Disease Control back in March, including frequent sanitizing of surfaces and limiting traffic into and out of the jail. Those booked into the jail are isolated for 10-14 days to monitor for signs of the virus.

“It took a pandemic, but judges, lawyers, and police officers have now experienced how it works to use jail less frequently and other tools more.” – Kathy Mitchell of Just Liberty

Travis County's prison population, like those in other urban areas of Texas, has fallen markedly in recent weeks. "For that you can thank the prosecutors and the judges and the law enforcement who have been diligent not to arrest and bring people into our jail unless it's necessary," Dark said. Austin police and the TCSO have been asked by city and county leaders to issue citations rather than hauling people to jail. Judges have issued standing orders allowing nonviolent offenders to be released on personal recognizance bonds.

San Marcos recently became the first city in Texas to change its ordinances to mandate, rather than emphasize, cite-and-release for possession of less than 4 ounces of marijuana, thefts of less than $500, graffiti, driving with an invalid license, and other misdemeanors. Criminal justice reformers and many elected officials hope the current crisis will create a permanent commitment to greater equity. Said Kathy Mitchell of Just Liberty, "It took a pandemic, but judges, lawyers, and police officers have now experienced how it works to use jail less frequently and other tools more."