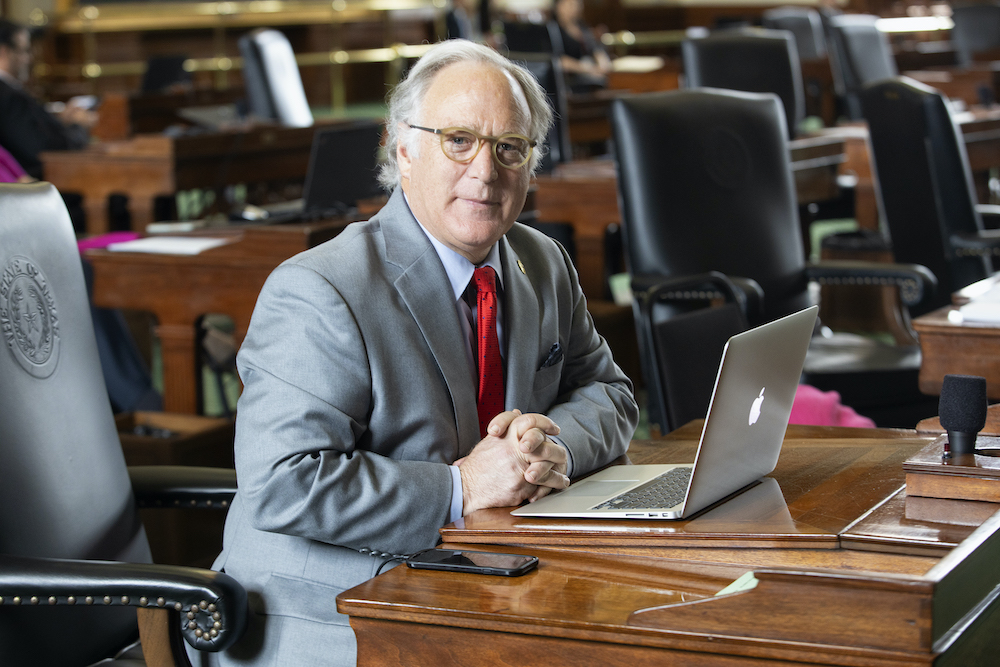 Rodriguez was first to enter the race, announcing his candidacy on March 7, just as Austin was bracing for the coronavirus to spread into Central Texas. Putting aside the rallying, canvassing, and handshaking that would mark a pre-pandemic political campaign, Rodriguez embraced early a digital strategy hinged on Zoom meetings and virtual fundraisers. "I knew there was a chance we would have to do things differently, so I worked with my campaign staff about having a virtual campaign, basically," Rodriguez told us. "But I've been missing the stuff that I really like – talking to people face-to-face and being with them one-on-one."

With $500,000 raised since January (some of that was amassed originally for a reelection effort in his House District 51 seat), some of those fundraising dollars have been spent on digital ads, which the campaign says have been seen by more than 100,000 SD 14 voters. And on Monday, May 11, Rodriguez touted more than 120 endorsements, including five from his pals in the Legislature's Central Texas delegation.

On the virtual campaign stump, Rodriguez has highlighted his 18 years of experience in the Texas House and his relationship-building with some of the state senators still serving in the upper chamber. That's important, he said, because the post-pandemic recovery won't be resolved during the next legislative session, predicting instead it will take at least two budget cycles before the people of Texas can return to some sort of normalcy.

Eckhardt's campaign has tread a different path so far. After initially announcing her candidacy on March 10, she postponed her resignation to help lead the local response to COVID-19, officially stepping down as Travis County Judge on Tuesday, May 12. Eckhardt said she views the new frontier of digital campaigning as a blessing and a curse. She, too, will miss the in-person aspects of running for elected office, but she hopes less emphasis on parties and rallies will lead to more focus on platforms and issues. "Voters looking for quality information about their choices will find more of that online than usual," Eckhardt told us, "so I think we will have a very informed voter come July 14."

Leaving county government, where prior to being elected county judge Eckhardt served on the Commissioners Court and as an assistant county attorney before that, was a tough choice, but she feels her experience in local government makes her especially suited to succeed Watson. Specif­ic­ally, in tax policy: where the state revenue comes from, who is exempted from paying taxes, and where the revenues go. "It's going to be extremely important that we don't fiddle around the edges of the state budget," she said. "We're going to need to get in the hood and completely rebuild the engine by getting back to the basics of what the state constitution mandates we deliver to our constituents."

Sustaining boosts in public education funding won during the last Lege session will be a focus for Eckhardt if she is elected. Expan-ding access to health care so private hospitals do not have to carry the burden of providing health care, as they have during the pandemic, will also be a top priority, she said, along with securing a consistent revenue stream to pay for transportation projects.

Zimmerman filed to run for the same seat Monday, May 11, following a narrow loss (seriously, by one vote) in the GOP primary to challenge Rep. Vikki Goodwin for her HD 47 seat. Now Zimmerman intends to try out his brand of anti-government conservatism in the heavily Dem-leaning SD 14.

In a Facebook post announcing his run, Zimmerman wrote that "keeping statewide bureaucracy accountable to the taxpayer" would be his top priority if elected. Other stated goals: the building of more roads, and empowering property owners to overturn city zoning regulations (just imagine the alternative universe where Zimmerman sat on Council during the Land Development Code revision process).

Zimmerman will have long odds in the contest (the staunchly Democratic Watson won reelection in the last two cycles with at least 70% of the vote), but special elections under normal circumstances are wild card events. Amid a pandemic, the results are surely even less predictable.

Currently, every Texan can request a mail-in ballot by citing concern of COVID-19 as a disability, but AG Ken Paxton has vowed to fight the district court ruling allowing increased access to mail ballots. (See "Legal Heat Rises on Vote by Mail.") Gov. Greg Abbott also announced that early voting for the July 14 elections will be extended, now running from June 29-July 10 (polls in Travis County will be closed on July 3-4 in observance of the Fourth of July); the longer early voting period will theoretically space out the number of in-person voters at polling stations, keeping them less busy and allowing for greater social distancing.

Rodriguez said he's disappointed in the state's "sad and pathetic political gamesmanship" in failing to increase access to vote-by-mail. Because of that failure, voters will have to decide for themselves if heading to the polls in person is in their best interest. Eckardt also criticized the state's refusal to expand VBM, but said it would be critical for people to have their voices heard by voting. Do it safely, and apply for VBM if possible, she said, but cast a ballot.

For his part, Zimmerman echoed the GOP party line, citing too great a risk of fraud if more Texas voters are empowered to cast a ballot by mail. (Five states already allow universal vote-by-mail, and without falling prey to widespread voter fraud; some GOP leaders across the country are now opening up access to VBM because of pandemic concerns.) Said Zimmerman: "There are some things you have to do, so take the same safety measures at the polling place that you would if you were going to the grocery store."