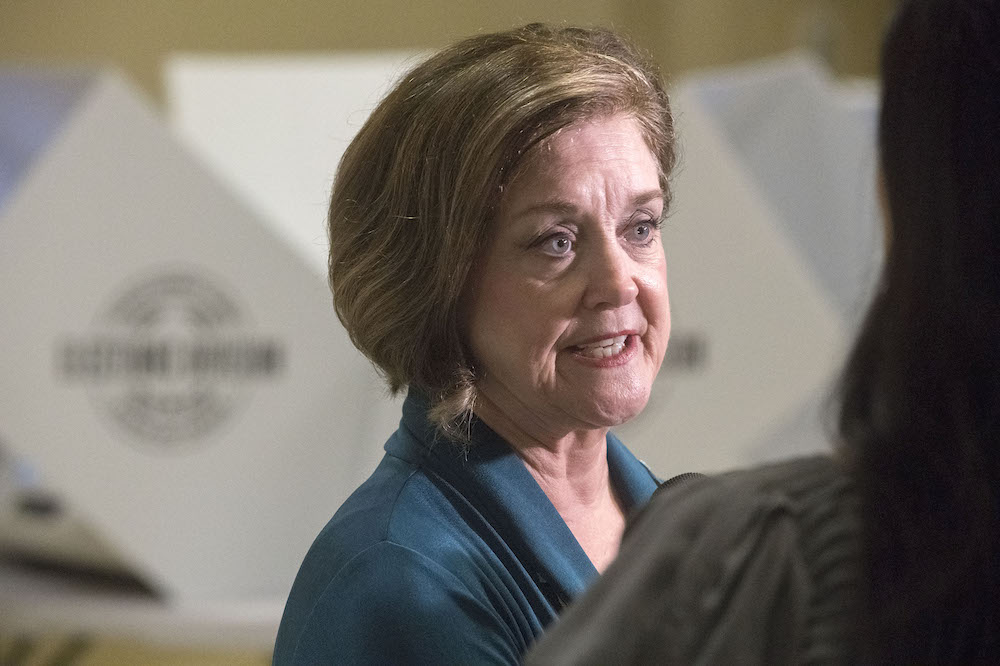 "It's going to look a lot like the election in Wisconsin," said Travis County Clerk Dana DeBeauvoir – "the great state of Wisconsin." She meant that the lines outside the county's polls on July 14 will likely include six feet of physical distancing between waiting voters, as seen in Milwaukee on April 7. With time to plan, DeBeauvoir hopes that her elections team can implement safety measures that will reduce the risks of COVID-19 to voters and poll workers alike.

DeBeauvoir presented her plan (and budget) to Commis­sione­rs Court on May 5. Pending their review, the July 14 primary run-off (finishing what was started on Super Tues­day, March 3) and Texas Senate District 14 special election will be a carefully prepared "hybrid" that includes greatly expanded vote by mail, a week of in-person early voting, and an Election Day organized to be as physically safe as possible. Commissioners may need to approve funding to cover this enhanced plan – if they eventually decide to mail every Travis County voter an invitation to apply for a mail ballot.

"Plenty of voters qualify directly for a mail ballot," DeBeau­voir told the Chronicle, "so I want to make certain that every voter who qualifies has an opportunity to apply." Under Texas election law, absentee voters, those 65 or older, or those with a "physical condition" that precludes in-person voting are automatically eligible to vote by mail. How to define "physical condition" is a pending question in state and federal courts. On April 17, state District Judge Tim Sulak ruled that due to the risk of COVID-19 infection at the polls, all Texas voters are eligible to vote by mail. Texas Attorney General Ken Pax­ton has appealed that ruling and repeatedly threatened to prosecute election officials and even voters, even though Sulak's ruling has not been stayed as of press time. (No rulings have yet been issued in the federal case.)

Meanwhile, DeBeauvoir and the other 253 Texas county election offices have to prepare for whatever outcome the courts may finally allow. She said that incoming mail ballot applications already number roughly 200 per day, compared to two a day under normal circumstances. The clerk's election website now includes these instructions: "A voter who requests a mail ballot on the grounds of disability will be accepted as eligible for a mail ballot. Our office has no legal authority to administratively require voters to substantiate their disability at the time the application is submitted. Based on the Travis County Trial Court's recent order, mail-in-ballots are a legal alternative to in-person voting for many voters while COVID-19 is in general circulation." On the application itself, the prospective voter simply checks a box indicating a disability.

Despite his noisy outbursts, Paxton has not outlined why this reading of the status quo is incorrect or what DeBeauvoir should do instead. Her website suggests that voters "monitor" the legal proceedings, in which the Texas Democratic Party is lead plaintiff in both state and federal court, joined by others including Common Cause; the most recent action as of this writing was TDP's April 29 motion for an expedited federal injunction to require the state to allow universal vote by mail and to stop Paxton from threatening people.

That 36-page motion in U.S. District Judge Fred Biery's court in San Antonio (the same place where the state's ill-fated 2019 "voter purge" met its demise) lays out the most detailed arguments for universal VBM in Texas. The state Election Code allows VBM for those with a "physical condition or disability" that could make voting in person "injurious to their health." Sulak ruled that the risk of COVID-19 to all voters represents a likelihood of injury under the law; Paxton argues that only a personal physical disability qualifies voters 64 and younger for a mail ballot.

In its federal suit, the TDP raises civil rights claims: that the state's position violates the 26th Amendment to the U.S. Constitution (which forbids "abridgment" of the right to vote for those 18 and older), discriminates against Hispanic and African American voters (most of whom are under 65), and ignores that most Texans infected with coronavirus have been younger than 65. The pleading declares bluntly, "The Rule of Law has broken down in the State of Texas, and it has become clear that the federal courts will have to ensure basic constitutional protections for the U.S. Citizens within."

It's not clear if the courts will act quickly enough to be of much help to election officials needing to prepare now for July. While she waits for Commissioner and court action, DeBeauvoir is already recruiting larger polling sites that will allow physical distancing ("We will not be using grocery stores," she said), budgeting high-speed scanners to accommodate and tabulate the surge in mail voting, anticipating a need of personal protection equipment for poll workers, and even researching what sort of hand-held voting tools ("styluses") will work with voting machines. "We thought we were going to need wooden cotton swabs," she said, "but we didn't want to compete with health care workers for those. We discovered that throwaway coffee stir-sticks work just as well." Briefly, there was even a proposal for "drive-thru" polls where voters could vote from their cars. "It turned out that won't work," DeBeauvoir said, "because the machines can't tolerate July heat and humidity."

DeBeauvoir is hardly alone, as most of the state will hold elections on July 14. Moreover, based on current epidemiological predictions, it's likely that current pandemic conditions will persist in some form into the fall. "I do think that the lessons we learn now," DeBeauvoir said, "are going to apply to November."