Even as Cases Climb, the COVID-19 Rules Begin Unraveling 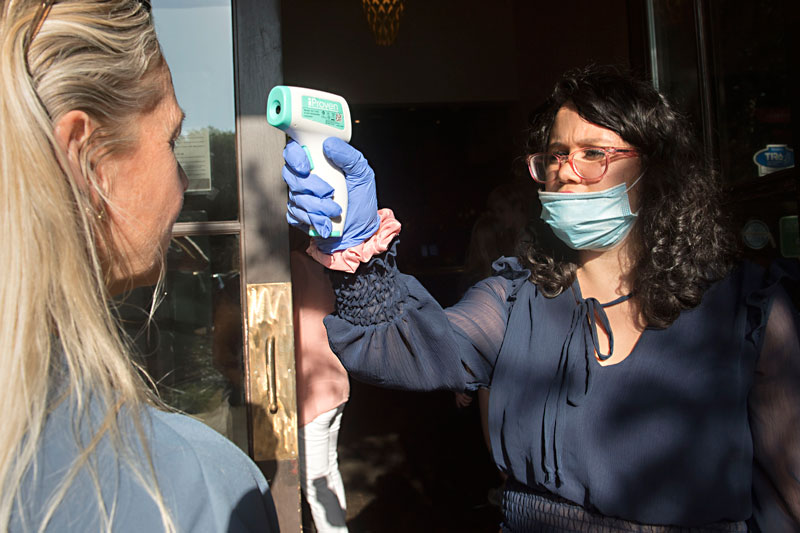 As Gov. Greg Abbott continues to follow his partisan leaders and loosen the restrictions that have helped keep the COVID-19 pandemic manageable in Texas, decision-makers on the ground in Austin and Travis County have labored to keep some controls in place to mitigate transmission of the virus. At the same time, the locals are left holding an increasingly heavy bag of complications and costs as Abbott takes shortcuts to reach a blissful post-COVID future that is not actually close at hand.

At this point there's not much value in exploring the superficially rigorous details – driven by "data and doctors," Abbott repeatedly asserted – of the "Open Texas" plan that the state began to disregard within hours of announcing it. A more authentic picture of Abbott's game plan to help Texas survive COVID-19 emerged Tuesday with leaked audio, first reported by Quorum Report, where the governor concedes to legislators that his plan to reopen the economy and society will lead to an increase in infections – not just an increase in reported cases due to ramped-up testing, as he had stated publicly. While Abbott's Demo­crat­ic critics rushed to make an issue of the governor's seeming duplicity, the more sobering reality – that we're just going to have to accept greater suffering from the disease because the economic hardship of controlling the contagion has proven too much to bear – is not really a secret, given the signals sent from the White House and the capture of theoretically apolitical public health policy and science by partisan players.

Or, as Mayor Steve Adler has phrased it, "The penalty for not wearing a mask is now that people will get sick, and some will die." While that much is specific – Abbott's executive orders prohibit Adler and other local leaders from attaching criminal penalties to going unmasked in public – both the mayor and Travis County Judge Sarah Eckhardt have complained about what Adler describes as Abbott's "confused, conflicting message. ... I'll keep [wearing a mask] mandatory, because I can't find it in my heart to change that."

The mayor told the Chronicle, "If I were a business owner and wanted to have the best shot at making 50% occupancy or beyond possible" – referring to Abbott's increasingly permissive rules, in theory tied to actual changes in COVID-19 data – "I would want everyone to be wearing a face covering, and I would [wear one] also. I would never have a party of 10 or more in my restaurant or store." Instead, as Abbott signals that it's OK to look the other way, Adler fears the city and county will inexorably grow closer to the point that, as forecast by the models developed by the University of Texas, the COVID-19 hospitalization rate augurs a future collapse of the health care system. This would require a shutdown of public interactions to slow disease transmission for far longer than the six weeks or so we've seen so far.

"All the choices are false choices, in that they're all bad," Adler said. "I can't make a decision based on the economics, because nobody knows what the economics will actually be" should a new shutdown be required. "So I have to keep people the healthiest and safest that I can, realizing that people won't be able to stay shut down as long as needed. They just can't make it."

Meanwhile, as an incomplete reopening/shutdown cycle has an undefinable negative impact on sales and property tax revenues, it creates a predictable increased burden on tax-funded health and social services. That's illustrated plainly by the current operating environment for Central Health and CommUnityCare, which primarily use local property tax revenue to fund care for more than 200,000 people in Travis County, many of whom are at elevated risk of bad outcomes from COVID-19.

"We don't know how long we will be in the COVID environment, but we believe the way we deliver care will be forever changed by this pandemic," Central Health president and CEO Mike Geeslin told the Chronicle. He noted that federal guidelines still indicate that providers should rely on more virtual care to reduce exposure, but that on-the-ground services in areas of low medical access – whether clinics in East Aus­tin or drive-up testing at Hancock Center – are more important than ever. "COVID-19 didn't create health inequities in our community, but [it] has further exposed them," Geeslin said. He indicated it's too early to tell how much of Central Health's COVID-19 spending – via Comm­Uni­tyCare, hospital and clinic services through its partnership with Ascension Seton and UT Dell Medical School, or those provided at no cost to Sendero Health Plans customers – will be reimbursed by the federal government.