Texas Is Reopening, but Local Leaders Are Ready to Bar the Door 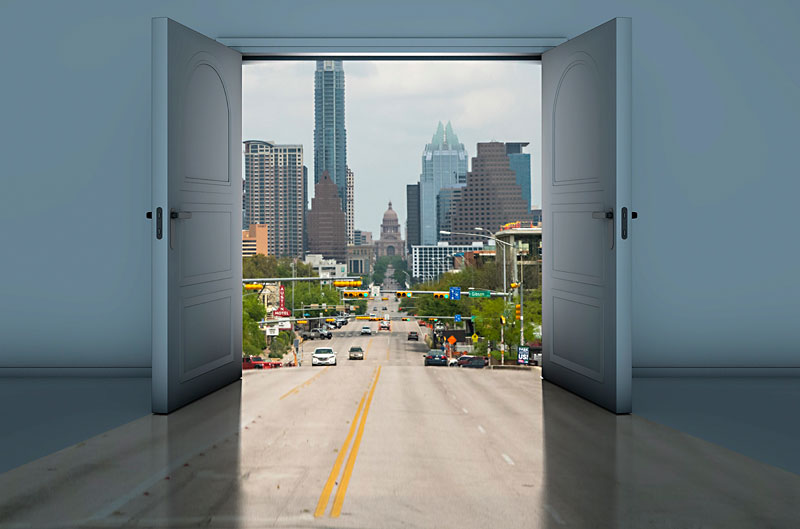 As he had telegraphed he would do over the last week, Gov. Greg Abbott on Monday unveiled his plan to "Open Texas" on May 1, after the expiration of his previous orders that mandated the state shelter in place to reduce the spread of COVID-19. And, as they have telegraphed they would do, local leaders – Mayor Steve Adler, Travis County Judge Sarah Eckhardt, and Austin/Travis County Interim Health Authority Dr. Mark Escott – expressed their great reluctance to follow Abbott's lead, and their readiness to keep Austin as locked down and as safe as possible to keep the pandemic at bay.

Amidst pressure on many sides to turn public health decisions into political litmus tests, Abbott repeatedly pointed to "data and doctors" as his guides in his phased reopening of the state. On May 1, retailers, restaurants, movie theatres, and the like can reopen – but at reduced capacity. That limit is 25% for now, but 50% in Texas counties with five or fewer reported cases of COVID-19. (That's true in Giddings, Fred­er­icksburg, and other outlying areas near Austin, as we went to press on April 29.) Small-scale sports and outdoor activities like tennis and golf are good to go. Wearing a mask is strongly encouraged but not required. Health care visits and procedures unrelated to COVID-19 are free to resume.

In mid-May, Abbott's plan contemplates further relaxing of restrictions – going up to 50% occupancy, and potentially bringing back higher-risk sectors like barber and beauty shops, gyms, and bars and clubs. All of this is supposed to happen while maintaining social distancing and frequent cleaning, hand washing, and sanitizing, and all of this is supposed to be accompanied by a ramp-up in testing and contact tracing throughout the state. That goal of reaching 25,000 tests per day, according to Abbott and his COVID-19 "strike force," relies on federal efforts to solve supply chain issues that, as we have all seen, have failed under the anti-leadership of President Trump.

This has caused a lot of genuine nail-biting by people, both Republicans and Democrats, whose first priority is for the pandemic not to destroy lives across Texas rather than to get Trump re-elected in Novem­ber. Multiple experts in academia, health care, and business worry about the lack of sufficient data and resources to know whether the state and its cities are truly continuing to outrun the COVID-19 catastrophe. "Robust testing is not the be-all and end-all, but it's like having a flashlight in the darkness," said U.S. Rep. Veronica Escobar, D-El Paso, on a Monday call with reporters. Right now, with Texas ranking 49th among the states in tests per capita, Abbott "cannot say with a straight face" that our caseload is contained and may have peaked.

“Robust testing is not the be-all and end-all, but it’s like having a flashlight in the darkness,” said U.S. Rep. Veronica Escobar, D-El Paso. Right now, with Texas ranking 49th among the states in tests per capita, Abbott “cannot say with a straight face” that our caseload is contained and may have peaked.

At the same time, it's true that hospitalizations, ICU capacity, and patients on ventilators have stayed below the danger zones laid out in March when cities, counties, and then the state shut down to contain the virus. The Austin metro area has, with the distancing measures put in place by Adler, Eckhardt, and their colleagues in neighboring counties, managed to reduce COVID-19 transmission by 94%, according to the best estimates – which have a lot of uncertainty – by the UT-Austin modeling team that's been guiding Austin Public Health.

That performance will almost certainly degrade to some degree under Abbott's Open Texas scheme, due to both relaxed distancing and increased testing and treatment. Whether Abbott's rules open the door to a runaway outbreak that wipes out our local health care capacity – which happened in New York, New Orleans, and Milan, but also is happening in rural Georgia, North Dakota, and the Texas Panhandle – is a question many policymakers will be obsessing over as we "dip our toe in the water" of economic recovery, in Adler's words.

"Governor Abbott articulated a plan for reopening businesses statewide, but did not produce a plan for reducing cases of COVID-19," said Eckhardt in a statement. "I agree that business should reopen, but only in a measured manner guided by science. ... Travis County has more knowledge of infection and how it spreads in our community than most other communities in the state. We are better prepared to set standards of care in a phased and measured opening of businesses locally."

A specific response by APH – to both the current COVID-19 presence in Travis County and the risks of future spread under Abbott's plan – has been to focus on "cocooning" those most at risk of either severe complications requiring hospitalization, or death. That means that persons over 65, those with conditions that create higher risk, or those in proximity to clusters of infections will still be living with the same, or even greater, social distancing restrictions as have been in place so far. Increased contact tracing on the local level is one projected benefit of the new APH system allowing residents to place themselves in the queue for COVID-19 testing; both local leaders and Abbott are well aware that less wealthy Texans and communities of color are at risk of clustered outbreaks that will be difficult to manage both medically and politically.

Cocooning will require, for example, directing more resources, staff, and testing into nursing homes and senior living centers, which Adler describes as the focus of a local "strike force" in Travis County, and which state Rep. James Talarico, D-Round Rock, has led a bipartisan effort to implore Abbott to do statewide. "This is a moral moment for the state," Talarico said in a press release. "For years, our state has failed to prioritize elderly Texans and Texans with disabilities. Now these facilities are the epicenters of the pandemic." 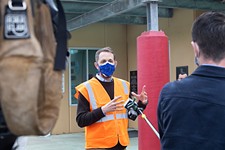 No Mask, No Vax, No Entry? The Battle Between Local and State Leaders Continues.
Schools, private businesses push back on Abbott's orders banning mask mandates and requests for vaccination proof