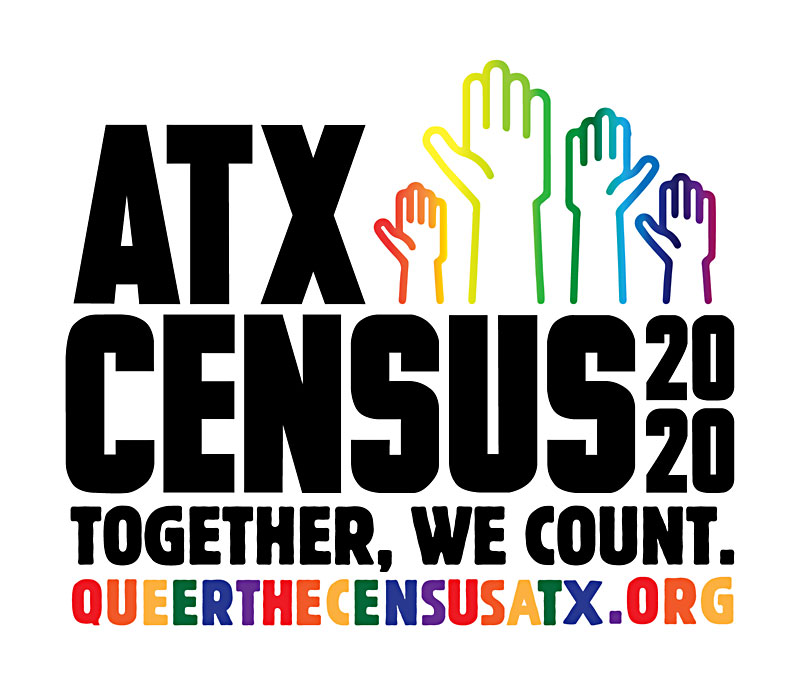 Since it controls how political representation and federal funding are distributed, an accurate 2020 U.S. Census is especially vital for "hard-to-count" communities. The historic undercounting of these often marginalized populations, including LGBTQIA people, pulls resources and political power from the very communities that need it most.

The Austin-Travis County LGBTQ+ Census Complete Count Committee (LGBTQ+ CCC) came together earlier this year, comprised of city of Austin staffers, the Trans­gen­der Educa­tion Network of Texas, and Water­loo Counseling Center, among others. In light of COVID-19 precautions, the LGBTQ+ CCC has pivoted from an event canvassing strategy to direct community outreach and digital organizing tools. Its website, www.queerthecensusatx.org, includes instructions for online, phone, and mail responses, as well as an extensive FAQ guide. (You can also answer the census by phone at 844/330-2020, or call 211 for help.)

The 2020 U.S. Census does not explicitly ask about gender identity and sexual orientation. (However, this year's census includes the first-ever reference to same-sex cohabitating couples, which provides a partial snapshot.) Nevertheless, says LGBTQ+ CCC member Awais Azhar, federal funding for social services that LGBTQIA people are disproportionately likely to need and use will benefit when the community responds. "Even though it's not directly targeted to queer folks, it's a big piece of the conversation," Azhar said. "We are largely dependent on SNAP and other benefits," such as Medicaid, public housing, and HIV/AIDS services.

Census data has a ripple effect on a hyperlocal level as well; groups like Out Youth use it to drive their own metrics and goals.

Data bears that out. According to the National LGBTQ Task Force – the advocacy organization spearheading a national "Queer the Census" campaign – data compiled by the Center for American Progress has shown 21.7% of LGBTQIA families receive SNAP in the South, with Texas projected to receive $5.3 billion in SNAP funds based on the U.S. Census results. Close to 23% of LGBTQIA families are receiving SNAP benefits across the country, compared to 9.7% of non-LGBTQIA families nationally.

Census data has a ripple effect on a hyperlocal level as well; groups like Out Youth (also a collaborator and fiscal sponsor of the LGBTQ+ CCC) use it to drive their own metrics and goals, according to Azhar. "We focus a lot on the federal things," echoed Julia Byron, another representative of the LGBTQ+ CCC. "But every level of government uses it. It's used across decision-making in so many facets of our lives."

Like all "hard-to-count" communities, LGBTQIA people must navigate through barriers to filling out the census. Many exist at the intersections of other marginalized identities historically undercounted by the census. The census asks for respondents' name and sex, the latter only including "male" and "female" as options. However, as Byron points out, people are allowed to self-identify on these questions. The U.S. Census Bureau doesn't consistently cross-check responses against other government records; you may use the name you prefer even if it doesn't match what's on your birth certificate, for example.

Technically, Byron says, the sex question may be left blank, but it's possible the bureau may use other records (including past censuses) to fill in gaps; the LGBTQ+ CCC has received conflicting info about what that process looks like and its likelihood. The group's goal is to inform respondents, Azhar explained: "Understanding what would be the implications of doing one thing or another is what we're trying to tell people, and [then] letting people choose and identify the way they think they should be able to identify." Answering the question does provide some agency. "Either you're at least choosing how you fit into this system that doesn't fit you, or someone else will," Byron said.

For Byron and Azhar, the census is one of the key ways the LGBTQIA community can both be seen and harness political power in the process. "We're here, we're queer, let's just get counted," said Azhar. "We haven't been represented in the same way, and this is that moment to really powerfully say, 'Yeah, we're here. Count us.'"

Meanwhile, the Census Bureau announced this week that the entire census timeline is being delayed due to the COVID-19 situation. See Headlines for more. 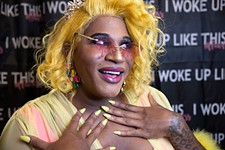 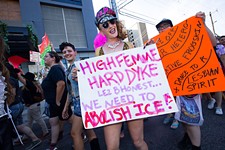