City Scrambles to Get $15 Million to Struggling Austinites 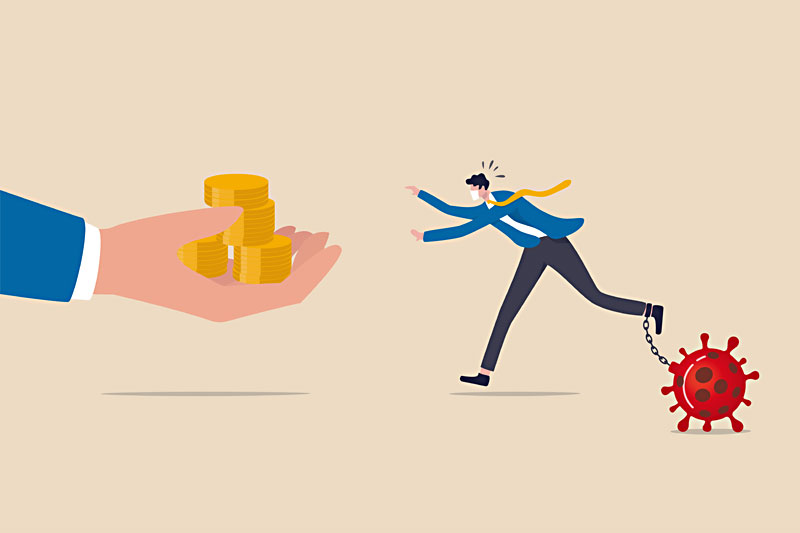 At its meeting Thursday, April 9, City Council unanimously approved $15 million in relief for low-income Austinites thrown into financial turmoil by the COVID-19 pandemic, which forecasters estimate will cost the metro area more than 260,000 jobs. Nearly a week later, how the aid in the Relief in a State of Emergency (RISE) fund will be distributed is still being worked out.

Last Thursday, Austin Public Health Direc­tor Stephanie Hayden said her department would release more information on the application process the following day. What came instead was a press release announcing APH's intention to work with the city Equity Office to "ensure funds are provided to community-based organizations providing services to our marginalized communities." Social service providers were instructed to email RISEFunding@AustinTexas.gov for more information; several told the Chronicle they had not heard more from APH on how the money would be disbursed and were not certain they would apply for funds.

The city is rushing to get aid to people in need as soon as possible; APH’s original target date was April 20, in time to help residents pay rent due May 1.

The city launched a website with more information Wednesday, April 15; applications must be submitted through APH's Partnergrants database. Most grants will be for a minimum of $250,000 and a maximum of $2 million, but smaller amounts could be given to organizations with "deep community connection." Each contract will be for a minimum of four months, with possibilities for extension. Instructions on how to apply can be found online.

The city is rushing to get aid to people in need as soon as possible; APH's original target date was April 20, in time to help residents pay rent due May 1. The RISE fund was intended for distribution through existing city partners to save time, and community need continues to grow. Catholic Char­ities of Central Texas Executive Director Sara Ramirez told us that since March 16, her organization has distributed 180% of what it had planned to offer before the pandemic to help working families making lower incomes; there are now families needing help who never did before. She intends to apply for RISE funding to ensure CCCTX can continue its programs, which are now all virtual, and offer them to more people as hardship spreads through layers of society.

"We are sprinting at the beginning of a marathon," Ramirez said. "There will be a lag, with some families not impacted right now, but two months from now, that could change. Every little thing we can do as a society to slow processes down, to give ­families times to get back to stability, will be key."

Council aimed RISE funding at providers, like CCCTX, who primarily help those with incomes at 200% or lower of the federal poverty level (that's $52,400 for a family of four), or who have already lost income or work to COVID-19, or who receive federal food or health assistance (SNAP or Medicaid). RISE supporters urged Council to help marginalized communities, especially those who are undocumented and cannot access unemployment or direct relief under the federal CARES Act. One caller, Carmen Vega, told Council through a Spanish translator, "It's hard times for all of us. We're not going to get help from the federal stimulus package, and I know that through this proposal, I could get some help to be able to make my payments for the internet and for my phone. It's not a luxury, it's something we really need for our children's classes. This would help me breathe a little more in peace."

About half of the $15 million is to be used for direct financial relief via prepaid debit or credit cards or bank transfers. Leading up to Thursday's meeting, a groundswell of support built for such assistance to meet residents' urgent needs. A letter sent by Grassroots Leadership and co-signed by more than 200 advocacy groups said, "By allowing impacted families to make their own financial decisions, we are inviting others to respect people's agency and allow them the opportunity to decide what works best for them." Direct aid will be funneled through existing partnerships; providers will be required to report demographic data on aid recipients and institute a "mechanism to audit all expenditures."

For further COVID-19 relief, Council approved the use of $10 million in Austin Energy and Austin Water funds to help customers (including those outside the city). Users can expect to see lower rates, as more people are forced to work from home, or are home without work; the utilities' customer assistance programs will be expanded to help more people with their bills. A separate resolution closed a loophole allowing payday lenders to charge predatory interest rates; language added by Mayor Steve Adler expands the city's support for groups providing tax preparation assistance.

In non-COVID news, the city will appeal the March 18 ruling by District Judge Jan Soifer that derailed the Land Development Code revision as we know it – voiding the Council's 7-4 votes to approve the code on its first two readings, and indicating that a nine-vote (3/4) supermajority would be needed to override the objections of property owners to any changes in their (or neighboring) zoning. As expected, the four CMs opposing the LDC rewrite – Alison Alter, Ann Kitchen, Leslie Pool, and Kathie Tovo – tried to thwart the appeal or, failing that, to ask the court to delay when an appeal must be filed. Both motions failed.

"I don't think this is the time to be fighting our residents in court," Alter told her colleagues. And in a statement following the meeting, the four CMs wrote, "It will be several months before the community is able to focus on the LDC revision. When the effort is re-initiated, we strongly urge that the Council respond collaboratively." On that point, Adler seems to be in agreement, although he supports an appeal to establish legal precedent. Meanwhile, staff is pressing forward with a third draft, "to assure the project is in a state that can be utilized in the future when, and if, a path forward is desired by City Council."

Council meets this coming Thursday, April 23; get a look at the 65-item draft agenda at www.austintexas.gov/department/city-council.