LBJ Early College High School employees check out Chromebooks to students as part of Austin Independent School District's digital learning initiative during the coronavirus pandemic. The district, which kicked off its first day of online classes on Mon., April 6, has closed all campuses indefinitely. (Photo by David Brendan Hall)

The Young and the Diagnosed: Over half of people testing positive for COVID-19 in Austin-Travis County are under the age of 40, according to the latest city data. The age range with the highest number of confirmed cases is between 20-29 years old, recording a total of 134 cases.

AISD Packet Pickups: The Austin Independent School District is providing paper packets for students without access to technology as the district pivots to remote distance learning and online instruction. Every Wednesday from 11am-1pm, parents may pick up packets for students in pre-K through 8th grade from select campuses. A full list of pickup sites is available at sites.google.com/austinisd.org/aisd-learning-at-home.

Speaking of AISD: The search for outgoing AISD Superintendent Paul Cruz’s successor continues. Earlier this week, AISD’s Board of Trustees approved pursuing a contract with executive search firm JG Consulting to help find superintendent candidates. Cruz, who announced his resignation in February, will assume a new position as co-director of the Cooperative Superintendency Program in UT’s College of Education sometime this fall, though it remains unclear when he will leave the district.

Fifth Circuit Upholds Abortion Ban: On Tue., April 7, the Fifth Circuit Court of Appeals ruled a ban on abortions in Texas can remain in effect during the coronavirus pandemic. In a 2-1 decision, the panel of federal judges affirmed Texas’ right to ban abortions in an effort to combat the spread of the virus given “the escalating spread of COVID-19, and the state’s critical interest in protecting the public health.” 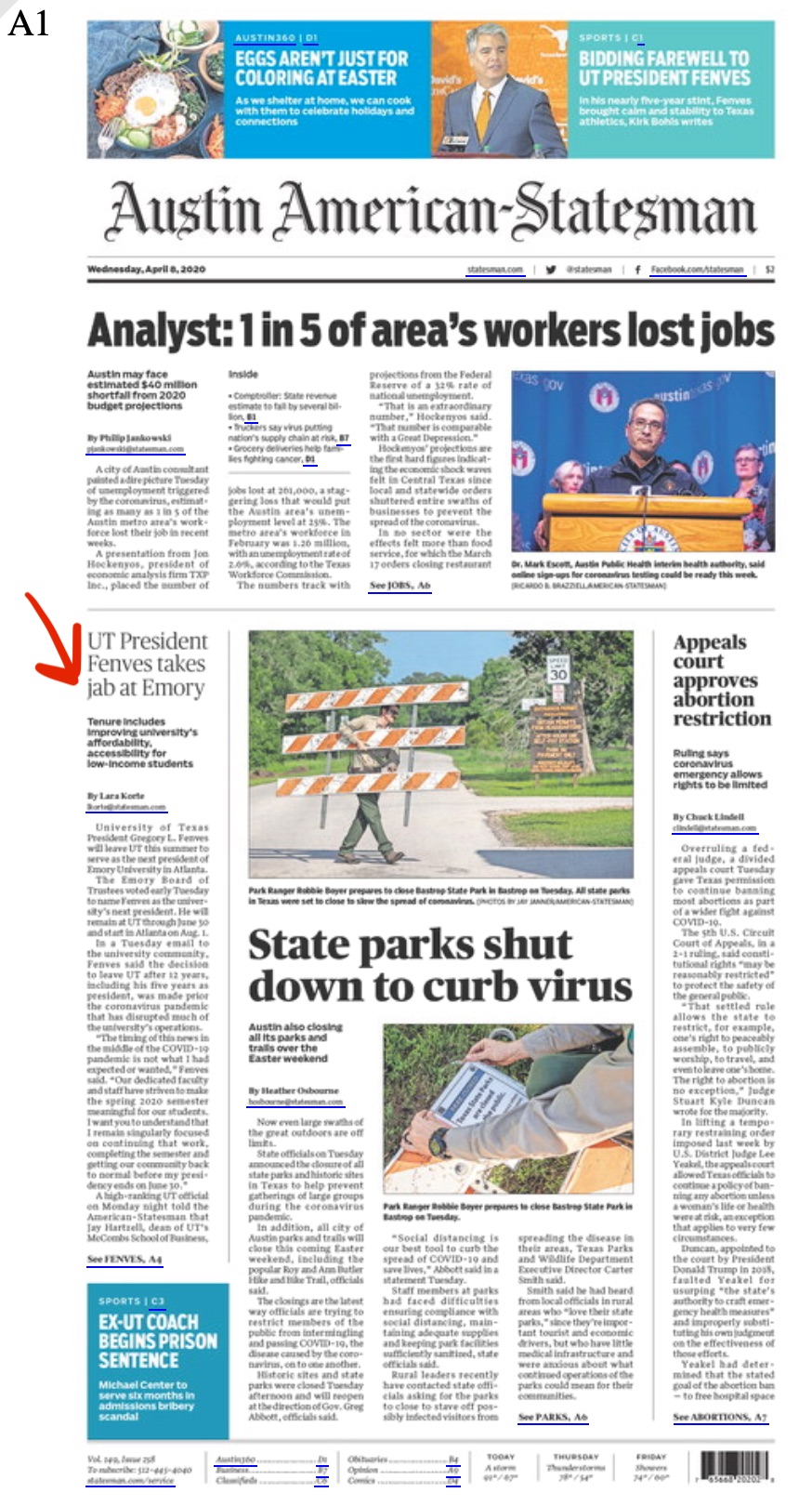