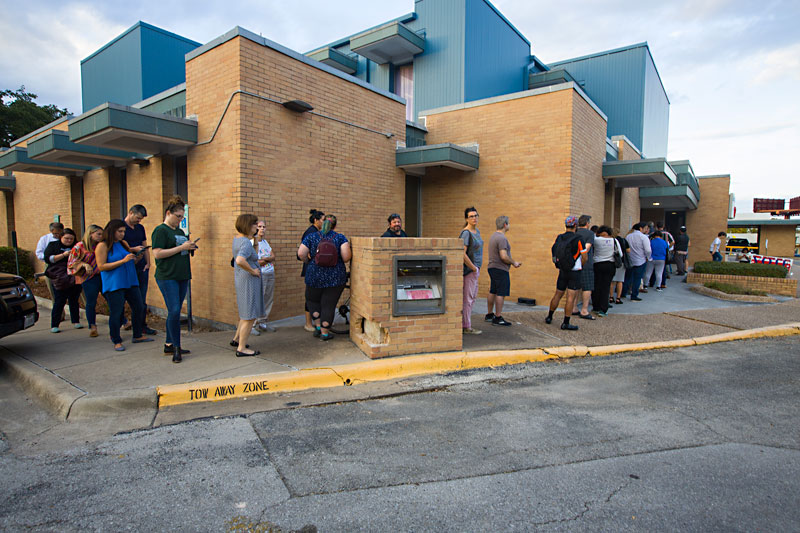 Under the restrictive conditions of the coronavirus pandemic, more people are calling for expanded – including universal – use of voting by mail. Vote-by-mail would make voting both safer and more convenient for many people. But it's not fail-safe, and carries its own problems.

Last week, Austin state Rep. Sheryl Cole and Congressional candidate Mike Siegel called on Gov. Greg Abbott to enable universal voting by mail (although not with an explicit timetable). Cole and Siegel said Abbott should declare a state of emergency due to the coronavirus pandemic, and "the declaration [should] specifically protect voting rights in upcoming elections by allowing universal access to vote by mail."

Setting aside the political objections, there are practical obstacles, especially in the short term before the May elections.

Cole called the proposed change to vote-by-mail "common sense and good policy." Under current state law, voting by mail is available to the elderly, voters with disabilities, or those who are out of the state during election ("absentees"). Under the Cole/Siegel request, the mail choice would extend to all eligible voters.

Other voices have since been raised in favor of voting by mail. In a statement issued Monday, the national League of Women Voters called on "all states, U.S. territories, and the District of Columbia to expand no-excuse absentee voting and mail-in ballots for the duration of the 2020 election cycle. In light of the COVID-19 (coronavirus) pandemic, it is imperative for state election officials to address voters' and poll workers' fears by limiting the need to cast an in-person ballot." This week, Democratic Sens. Amy Klobuchar of Minnesota and Ron Wyden of Oregon filed legislation to enable universal by-mail voting and to extend early in-person voting in all states.

Later on Monday, the Texas Democratic Party chimed in. In a letter to the Texas secretary of state, TDP Chair Gilberto Hinojosa wrote, "We should develop contingency plans now that allow the May 2 [local] and May 26 [run-off] elections to be held entirely by mail to avoid the risks of spreading COVID-19 at polling places and to avoid the many logistical barriers that we are likely to face as this crisis intensifies, polling places close, and our normal pool of poll workers practice social distancing and seclusion." (The letter doesn't mention the special election for state Senate District 14, to replace resigning Austin Sen. Kirk Watson, initially anticipated for May 2. Late Monday, Abbott announced that vote will instead take place July 14; he has allowed, but cannot require, that local elections on May 2 be postponed until November.)

Voting by mail is not new, and four states – Oregon, Colorado, Washington, and Hawaii – already conduct all elections entirely by mail, according to the National Council of State Legislatures, as do some smaller jurisdictions. But Texas restricts voting by mail to those over 65, the disabled (variously defined), and absentee voters. Enabling all eligible voters to do so by mail could fundamentally change the nature and range of the Texas electorate – generally not a prospect welcomed by the Republican state leadership, which has instead worked steadily to regulate and restrict opportunities for voting.

Austin political consultant David Butts, who has worked with by-mail voting campaigns dating back to Austin Congressman Jake Pickle in the 1980s, said that even under pandemic conditions, he doubts the Republican leadership would expand the practice. There are a lot of advantages to mail voting, Butts said – especially now for public safety reasons – but the Republicans are likely to consider it "the camel's nose under the tent. ... If we allow it now, why not all the time?" 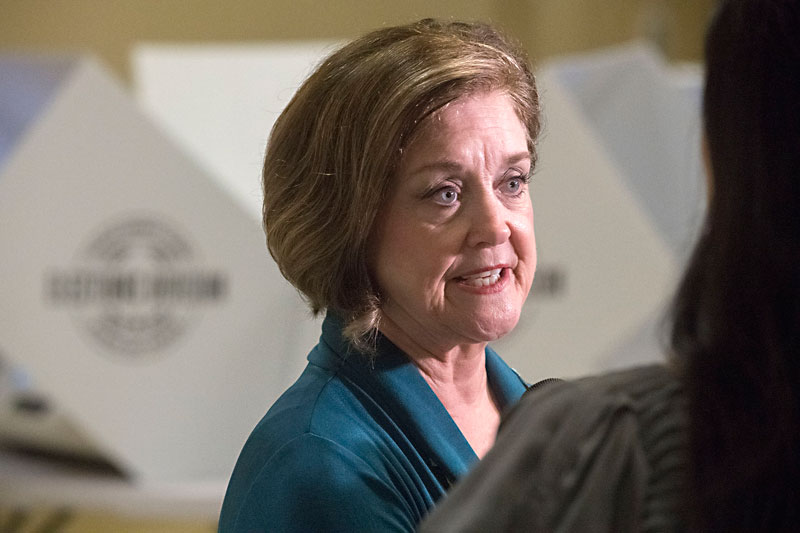 Setting aside the political objections, there are practical obstacles, especially in the short term before the May 26 elections. Travis County Clerk Dana DeBeauvoir is planning for those elections while also adjusting schedules and working circumstances for her own staff to contend with the pandemic. "If we just have everyone who's currently eligible participate in by-mail voting, that would already be a lot of people," DeBeauvoir said. "That's a significant number of people in itself, and we're trying to refine that estimate. I think we could manage that, with our existing resources." She said she would need additional staff for the careful ballot handling and counting, and it's already difficult to recruit sufficient poll workers – "and you know who does that work ... the elderly," currently at greater health risk.

Expanding beyond the already eligible would be a challenge, she said, and not only for personnel. "In a way, it's going backward" to an earlier voting method, she said. "We don't have enough high-capacity scanners to do the processing, and we estimate we would have to roughly triple the counting crew. Just to get enough people to work the regular election has been problematic, so getting extra people is also problematic." Unless the policy also closes the traditional polling places, "I'm not saving any personnel there."

Nevertheless, DeBeauvoir said, "Any­thing's possible with sufficient resources, and if you want a disaster plan, I can't think of anybody better to ask than election administrators." She also added that by-­mail balloting is the system most prone to both error and fraud. "We have to guard against vote harvesting [by partisans], and also undue 'influence of the kitchen table.' And in counting the ballots, the law requires that officials must sometimes determine 'the intent of the voter.'" That includes, for example, an occasional requirement to "remake the ballot," under strict rules designed to reflect the voter's intention.

"By-mail voting is very involved," DeBeau­voir summarized, "and it's not fast, and it's not easy for the voter."

DeBeauvoir and her team are continuing to work on the problem while they wait for any decision by state officials. For the May 26 elections, she reiterated, "If they decide we need to be prepared for the full use of the current law," she concluded, "I think we can handle that."