It's premature to suggest that the dust has settled on the 2020 Texas primaries – there are so many run-offs coming in May that those of us who cover them for a living are already running to catch up with the second-round sprint. But let's presume we can learn a few things from what's happened so far, to guide us into the wilderness of the months leading to November. Under the current shadow of the coronavirus – let's shed a few tears for the folks depending for their livelihoods on SXSW (and a few sighs for the new music and films we won't get to see ...) – it's not even yet known whether public campaigning can proceed.

At the top of the Texas Demo­crat­ic ticket (national and state), it remains unclear where the invisible line falls between "moderate" and "progressive" – or if indeed such a distinction even makes sense. In Texas, "moderate" (i.e., far to the left of the Trump administration) Joe Biden defeated democratic socialist Bernie Sanders, and as I write (on "Super Tuesday II"), Demo­cratic voters elsewhere appear to have registered similar preferences for November. In the Texas race for U.S. Senate, there remained too many candidates (and too little statewide exposure) for a clear choice to emerge, leaving front-runner MJ Hegar and state Sen. Royce West standing for another round.

Hegar and West are both loosely defined as "centrists" in the imprecise current vernacular, but both in fact propose broadly progressive policies that if enacted would mean real improvements in the lives of most Texans – their campaigns will mostly differ on how best to get there. Nevertheless, it's wistful to speculate an alternative outcome for Austinite Cristina Tzintzún Ramir­ez, who finished a close third, if a couple of other pretenders (Annie Garcia and Sema Hernandez) had better judgment than ambition.

Tzintzún Ramirez, fiercely progressive but also pragmatic, quickly signed on to support West, who told me he believes her endorsement prefigures an electoral coalition between Hispanics and African Ameri­cans. As to the "moderate" vs. "progressive" divisions, he pointed to his legislative career as evidence that he's "the candidate that can bring those ideologies within our party together, and represent their views." Certainly Hegar will have a different idea.

In the local races for U.S. Congress – "local" being a misleading designator in a city so radically gerrymandered by Repub­lic­ans to weaken Dem­o­crat­ic voting strength – voters were also unsettled, with run-offs now scheduled in three of the six congressional districts we've been divided into. Both remaining TX-10 candidates (Mike Siegel, Pri­tesh Gandhi) are strongly progressive (although they will continue to argue over degrees), as are (and will be) the two survivors in TX-31 (Christine Eady Mann and Donna Imam). In those two districts, Democrats have substantial hopes of upsetting incumbents Michael McCaul and John Carter, especially if the Democrats atop the ballot remain palatable to persuadable suburban voters.

In TX-17, the Austin-to-Waco-to-Bryan district where incumbent Republican Bill Flores is retiring but GOP voters still outnumber Democrats, the difficulty remains more daunting. It's not surprising that the two candidates in the run-off – Rick Ken­nedy and David Jaramillo – would fit more precisely the "moderate" label being used to handcuff Dems elsewhere. In the general, much depends on how far to the right GOP candidates Pete Sessions and Renee Swann will feel obligated to run. It just may be that burgeoning national Trump exhaustion hits that district as well, creating an opening for the Democratic challenger.

Still to Be Determined

Even more locally, we've got our own run-off fish to fry, which we'll pay more close attention to in the weeks to come. Argu­ments over the nature and relative success of progressive "criminal justice reform" will persist in the run-off campaigns for Travis Coun­ty Dis­trict Attor­ney, County Attorney, and the surprisingly much-­­debat­ed County Court at Law No. 4. A larger trend worth noting is that Travis voters have mostly decided to award the courts to female judges, a certainly understandable choice.

A lamentable exception is the 353rd Dis­trict Court, where distinguished incumbent (and Democrat) Judge Tim Sulak was defeated by stealth Republican Madeleine Connor, who has been banned (as a "vexatious litigant") by both a state and federal judge from bringing personal lawsuits without court permission. Since the voters have spoken, we can only hope Ms. Connor will be a more thoughtful judge than she has been a litigant. 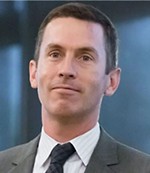