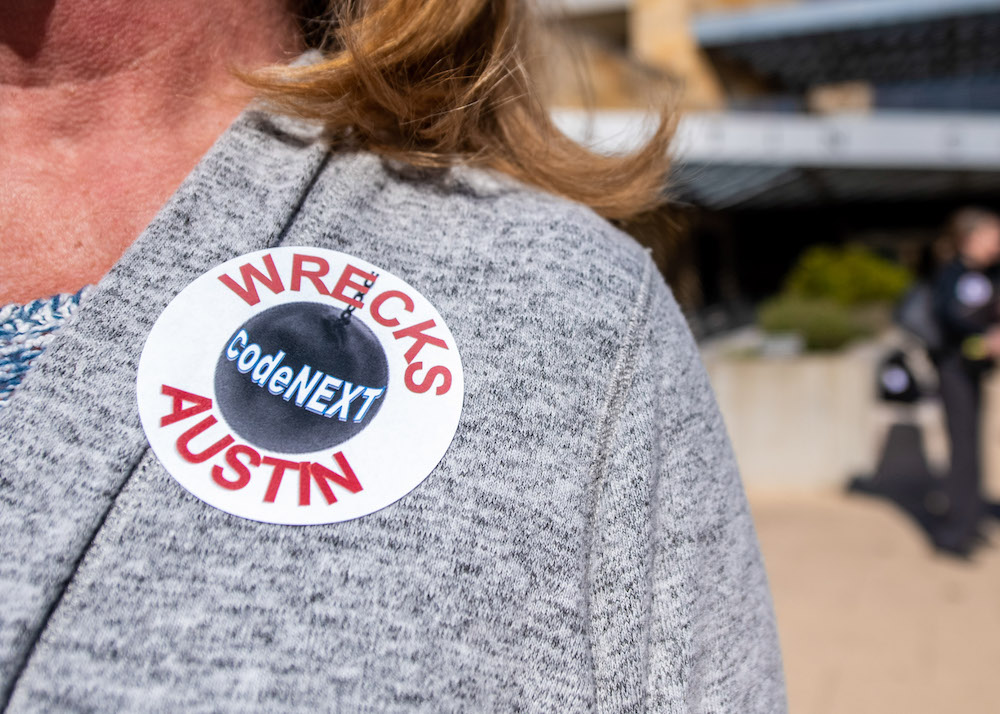 Lawyers representing the city of Austin and a group of property owners met in the 345th District Court this Wednesday, March 11 – the first hearing in the much-anticipated lawsuit over the city's Land Development Code Revision. The plaintiffs, represented by attorney Doug Becker, are seeking a declaratory judgment that would essentially nullify the City Council votes to approve the LDC on first and second reading; they claim the city has not met two requirements under state law for zoning changes – providing individual notice to affected property owners and allowing them to file official protests against the proposed changes.

Becker argues that because the city chose to revise the LDC through a process that involves the Planning Commission recommending a new code and map to Council for adoption – just as it makes recommendations in typical zoning cases – individual notice is required. Becker told the Chronicle he intends to submit 14,000 protests filed by property owners against the LDC Revision; these have been collected by groups opposing the rewrite, as the city's official position so far has been that they will not and do not need to accept official protests. "The city's reasoning is [that] this is a new code, and they don't have to allow for protest for a new code," Becker told us, "but you can't have a new code unless you repeal the old code."

The unanswered question at the core of the case is whether state statutes regulating municipalities' zoning processes apply when a comprehensive revision is applied to the entire map and code uniformly. The city's outside counsel Jane Webre contends that the work of the city's LDC team (including the city's own Law Department) qualifies as an entirely new code that does not target any one piece of property uniquely.

But not every lot in the city will have the same entitlements it has now under a new code, so how would Webre argue the revision is uniform? "The point of a comprehensive revision is [that] the new zoning code is going to apply in the same way to properties wherever they're located in the city, based on overarching criteria," Webre explained. That doesn't mean that every lot currently zoned SF-1, for instance, will receive the equivalent zoning designation (R1) in the new code, but it means every lot will be subject to the same criteria to determine its new zoning. How close is the lot to a transit corridor? Is it in a floodplain? How big is it? These questions have been applied to every lot citywide, goes the city argument, so no property owner has been treated any differently than any other, and thus the criteria have been applied uniformly.

At Wednesday's hearing, presiding Judge Jan Soifer asked Webre multiple times why the state would require the city to provide notice and protest rights to property owners over minimal changes to land use rules, but not when hundreds of thousands of people are impacted. Webre responded that because the LDC Revision does not uniquely affect particular property owners, the notice and protest provisions do not apply; the code rewrite is legislative in nature, because it is trying to achieve broad policy goals, while individual zoning cases are "quasi-judicial in nature." Soifer said she would take the case under advisement, but could not say when she would issue a ruling. Final reading on the LDC is expected at Council by March 31.

A version of this article appeared in print on March 13, 2020 with the headline: First Hearing for Code Lawsuit

Austin At Large: Let Me Make Things Clear
Yes, we need to move ahead quickly – but not recklessly – with a new land code