University of Texas Pledges a Harder Line on Sexual Misconduct

UT Pres Fenves: "If a faculty or staff member commits these acts, the consequences will be clear" 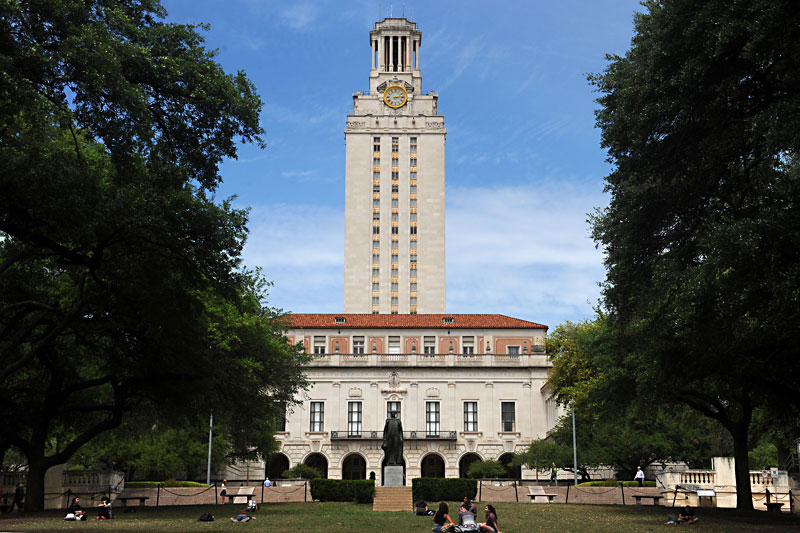 After months of campus protests and an external review, the University of Texas at Austin will now fire faculty and staff members found – after a thorough investigation – to have committed sexual assault, sexual harassment, stalking, or interpersonal violence. Furthermore, the university will disclose publicly the disciplinary records of those not terminated for such sexual misconduct, while preserving the privacy of the survivors.

These policy changes are some of several key updates UT President Greg Fenves has agreed to implement following the Husch Blackwell law firm's four-month review of UT's sexual misconduct policies that concluded on February 28. In a letter addressed to the UT-Austin community on March 2, Fenves announced he had accepted all of the law firm's initial recommended policy changes, which are "designed to better support survivors, provide clear disciplinary guidelines and improve communication with the campus community."

"Sexual assault, sexual harassment, stalking and interpersonal violence will not be accepted at the University of Texas at Austin," wrote Fenves. "If a faculty or staff member commits these acts, the consequences will be clear."

UT hired Husch Blackwell last semester to evaluate the university's policies after student protests over the discovery that faculty accused of sexual misconduct in the past were still teaching at the university – specifically English associate professor Coleman Hutchinson and Philosophy and Integrative Biology professor Sahotra Sarkar. UT also formed a Misconduct Working Group composed of students, faculty and staff members, and university leaders, which provided input to Husch Blackwell during the review process. In January, the university requested the firm expedite its work and recommendations, following an emotional student forum organized by the Coalition Against Sexual Misconduct, a student-led group advocating for policy change. There, students shared their personal experiences with sexual misconduct and expressed concern about delays in Title IX investigations.

The CASM calls Fenves' announcement a victory, said UT senior Alyssa Ashcraft, one of its original organizers. "These policy changes are a really big step toward a more equitable UT, a more just UT, especially for survivors," explained Ashcraft.

For now, it's unclear when and how these changes will be put into effect; Ashcraft pointed to this uncertainty when asked what work lies ahead. "These programs aren't implemented by any means," said Ashcraft. "They're not staffed, they're not officially funded yet." Ashcraft added that the CASM is also eager to see how other recommendations, like mandatory faculty and staff training, will be implemented.

Another key policy change comes with UT's commitment to streamline its support services to survivors by creating a single office, which Husch Blackwell recommended be staffed by qualified, trauma-informed professionals. In his letter, Fenves said the university will also consult with experts, including those in the Steve Hicks School of Social Work, "to introduce restorative justice as an alternative approach."

However, one of CASM's main demands that went unanswered was a more robust policy against retaliation, according to Ashcraft. "I think that's one thing that has been completely pushed aside in the letter that we got today," said Ashcraft. Policy changes like updates to the reporting process or requiring trained professionals may be beneficial, explained Ashcraft, but they don't necessarily beget student participation. "If there [are] no robust retaliation policies, then students aren't necessarily going to come forward."

According to Husch Blackwell's report, the firm will make a series of other recommendations in the coming weeks. Topics for consideration include "Optimal organization of the Title IX Compliance Function ...; Best Practices for Addressing Third Party Impacts; and Structural Options to Ensure Consistency of Sanctions," among others.

"We're changing a lot already," said Ashcraft. "And we're doing it without the administration's permission. We don't have to have anything from them to change the way we talk about this issue. That's already happened, and I think that we're really proud of that progress."

A version of this article appeared in print on March 6, 2020 with the headline: #UTToo No More? 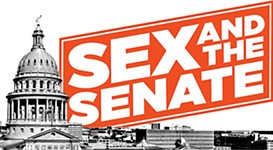 Sex and the Senate
What will it take to curb sexual harassment at the Texas State Capitol? 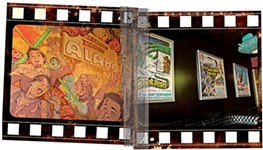 A Broken Trust at the Alamo Drafthouse
After executive mismanagement of sexual harassment accusations, the homegrown movie chain reconsiders what it means to do the right thing