More Money, More Options for I-35 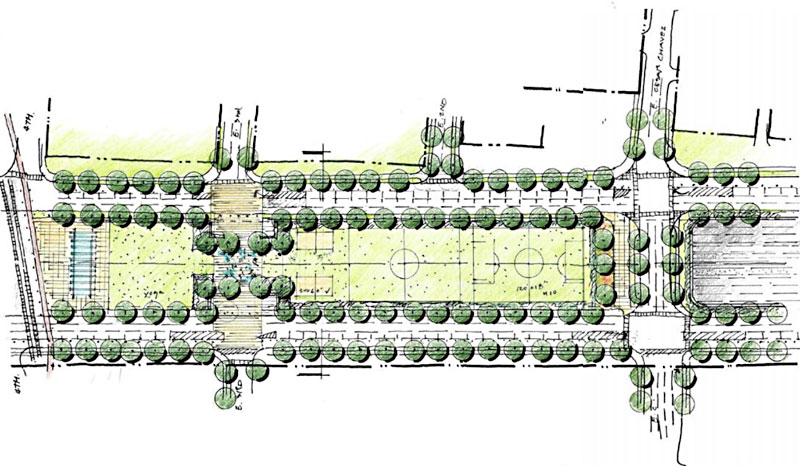 The decades-long plan to someday rebuild Interstate 35 through the heart of Austin picked up a bit of speed last week as the Texas Transportation Commission announced at its meeting Thursday, Feb. 27, its intention to throw down $4.3 billion in funding. The very next day, the Downtown Austin Alliance revealed the work of an expert panel from the Urban Land Institute on how to make the new I-35 – already slated to be lowered below grade through Downtown – less of a scar and barrier between East and West Austin with what's been dubbed a "cap-and-stitch" vision of parks and boulevards.

The state's funding plan brings its total investment in what the Texas Department of Transportation calls the Capital Express project to $7.5 billion, adding new non-tolled, managed lanes in both directions between the interstate's northern and southern interchanges with State Highway 45 (basically, the Austin city limits). The formal commitment of most of the new funds will occur at the TTC meeting on April 30, with opportunities between now and then for public input. The $4.3 billion includes money to be clawed back from other Central Texas projects, in line with the Capital Area Metropolitan Planning Organization's vote last year to put Capital Express at the top of its list. That reallocation does not impact CAMPO projects underway now or that have already gone out for procurement, including the controversial Oak Hill Parkway.

Capital Express has three segments, the northern (north of U.S. 290 East) and southern (south of U.S. 290 West/Ben White Boulevard) of which are already in motion. It's the 7.9-mile middle stretch through Downtown Austin that will, with this new funding, be shovel-ready at some point after 2023, when its federally required engineering and environmental studies are complete.

Local and state leaders hailed the TTC's move, echoing commission Chairman J. Bruce Bugg Jr.'s comments (as per TxDOT's press release) that "if Austin wants to continue to be a beacon for business and a wonderful quality of life, then work on I-35 Capital Express needs to happen as soon as possible." Bugg and Gov. Greg Abbott framed the project as non-tolled congestion relief; Sen. Kirk Watson and Mayor Steve Adler, who also chairs the CAMPO board, know that is nonsense and were more measured, applauding the new funding as a step toward making I-35 (in Watson's words) "more functional, more transit-friendly, and less of a scar through our community."

Healing that scar and protecting what's become an enormous public and private investment in the urban fabric around I-35 has been top-of-mind for the DAA for a while. The ULI advisory team of planners, policymakers, and developers helped frame what DAA President Dewitt Peart describes as "a once-in-a-lifetime opportunity to transform one of Austin's biggest community barriers into a valuable regional asset for generations to come." The TxDOT plans to depress the I-35 mainlanes from Airport Boulevard to Lady Bird Lake would allow for, but do not include (or fund), the improvements at street level that would achieve that goal.

In design terms, the ULI working model of cap-and-stitch – a linear park flanked by boulevards from roughly Sixth to Eighth streets and widened crossings at 11th and 12th – is less elaborate than what's been proposed over the years. Those visions include a cut-and-cap park-and-boulevard treatment all the way up through the UT campus (made possible by the removal of I-35's existing upper deck), as well as a cap robust enough to build upon along the boulevards, thus generating real estate revenue that can pay for these improvements. Absent that, the ULI team estimates a $313 million price tag for cap-and-stitch, with funding TBD from a whole bunch of potential sources.

The ULI team's work forms a rallying point for the DAA as it aims to shape TxDOT's environmental review process over the next six months or so and keep Austin's vision for capping the highway viable. "What TxDOT has done already reflects the city's involvement in the process," says Adler, "and so the job now is really to keep on track and move forward with a project that's 'cap'-able." (He also has the separate job of keeping CAMPO on track with its current fix-I-35-first strategy, not always easy when multiple Central Texas cities and counties are scrambling to fund their own mobility projects.)

At the same time, Austin stakeholders need to be clear and deliberate about how their I-35 vision intersects with other transformational projects that form pieces of Adler's "downtown puzzle," the mayor says. "There's a lot of work that's going on at the same time; Waller Creek [the Waterloo Greenway] needs to finish out its capital campaign, and we need to look at how the Convention Center expansion changes the urban design of that part of the city. I anticipate those things happening first."