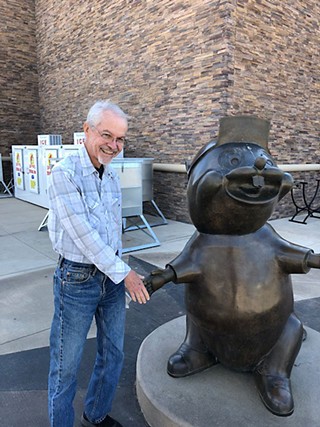 Famous for coining the phrase "Keep Austin Weird," Red Wassenich passed away on Friday morning, Feb. 28, due to complications from chronic obstructive pulmonary disease (COPD). The slogan – the exact origins of which are a hotly contested piece of old Austin lore – reflected Wassenich's nonconformist commitment to preserving his hometown's original character. Although he had the opportunity to capitalize on the phrase, he made a conscious choice to not trademark it. According to his close family friend Ginny Agnew, this would not be in character for him – Wassenich believed that "Commercializing is the antithesis of weird."

"His goal was not to make money. We lost lots of money on [Keep Austin Weird], actually," his wife Karen Pavelka said.

However, the phrase was ultimately trademarked by a local company, turning it into less an ethos than a marketing strategy, much to Wassenich's chagrin.

He was known among his close friends and family for being an "irreverent observer of life," according to tributes and obituaries they wrote in the days following his passing. They described him as somewhat of an unorthodox public servant.

In the early days of "Keep Austin Weird," Pavelka and Wassenich used to print out bumper stickers to give to their dog groomer for free. The groomer would sell the stickers, and the proceeds were donated to dog rescue programs.

In addition to the bumper sticker project, Wassenich often engaged in many of his unconventional community projects with his best friend Chuck Herring, helping to preserve Austin landmarks like the Cathedral of Junk and Stephanie Distefano's El Paso Street Bridge mosaic.

According to Ginny Agnew, the city of Austin wanted to demolish the Cathedral of Junk due to safety concerns. To counter this effort, Wassenich and Herring conducted an extended project requiring weather research and endurance tests, which included dumping 500 gallons of water on the Cathedral to ensure it would remain stable in case of heavy rains. In the end, Wassenich was able to convince city authorities that the structure was not a local security hazard – and the Cathedral of Junk remains standing today.

Friends and family remembered Wassenich's electic interests, openness to experience, and his wild imagination. According to his brother Mark, Wassenich fell in love with the New York film scene and was cast as a mummy in the film The Hunger starring Catherine Deneuve and David Bowie. More recently, Wassenich, a librarian, was teaching a course titled "Accuracy in Age of Deception" as an adjunct professor at the University of Texas at Austin, to inform students about media literacy and misinformation.

The author of two published guides to the "odd side of town," Wassenich's public legacy is one of a passionate defense of an Austin some think is already bygone. His friend Tobin Quereau described a more personal legacy:

"And I now will carry Red and his spirit with me every time I enter a library, read a new book, challenge an assumption, or gather together with friends to continue learning and growing for as long as we can. Red, I believe, would want it that way. So long, my friend." 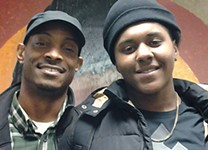 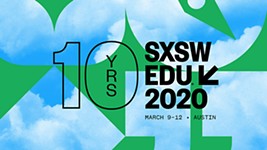 SXSW EDU on a Budget
SXSWedu's free expo caters to a diverse crowd with a variety of activities, interactive exhibits