What Your Campaign Sign's Font Says About Your Politics

To serif or sans serif, that is the question 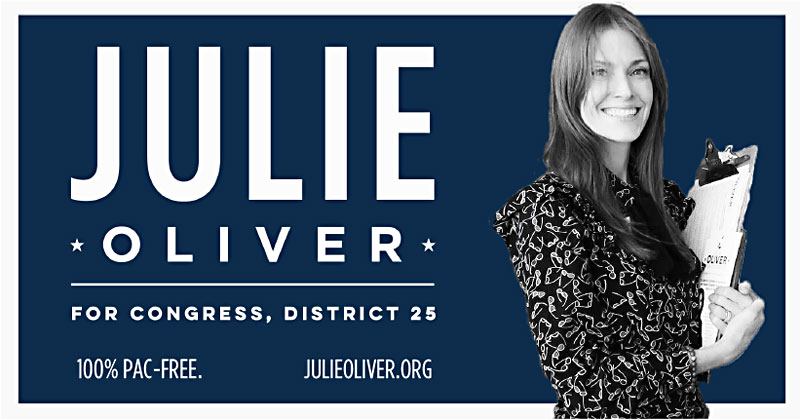 In 2017, in a college town in western Virginia, Katherine Haenschen noticed something odd about the campaign signs of the Democrat seeking to flip a seat in the state's House of Delegates. "In town, he had navy and teal signs with a blocky sans serif font, a very Obama vibe," she says. "But in the rural parts of the district, his signs were red and had a serif font." She had originally figured the latter were homemade by an enthusiastic supporter, but they both bore the disclaimers required on official campaign products. Was he trying to appear less "Democratic" out in the country? And did it work?

The candidate won that seat in Blacksburg, but Haenschen – a longtime Austin political fixture who ran the Travis County Democratic Party's coordinated campaign in 2012 and worked for Sarah Eckhardt and Chris Riley, among others – thought the graphic design question needed more study. Now an assistant professor at Virginia Tech, Haenschen and her colleague Daniel Tamul did a survey asking respondents to rate a sans serif font (Gill Sans) and a serif font (Times New Roman) on a scale of "very liberal" to "very conservative." Indeed, the sans serif font skewed left and the other right. They then repeated the test with a broader set of fonts – including Century Gothic, an analogue to Obama's Gotham font, and Jubilat, Bernie Sanders' font, as well as script and display fonts. The same differences emerged – serifs (and bold) are conservative, sans serif (and italics) are liberal. The duo published their findings in December in the journal Communication Studies.

Now, Haenschen hastens to sound a note of caution. "We've seen people say that Century Gothic is the Democratic Socialist font and Times New Roman is the Tea Party, which is a major overread of the results," she says. "But there is a difference." She and Tamul are diving into further research inquiries regarding campaign graphics – how does the font used influence perceptions of the candidate? Do different shades of red or blue reflect different perceived levels of progressivism or conservatism? (Haenschen says their early findings suggest yes.) Does it matter what font the candidate's name is in?

It might seem intuitive that yes, obviously these things matter, or else people wouldn't spend time and money tailoring candidates' graphic identity. But you'd be surprised how many truisms of campaigns and elections are not borne out by research, or haven't been researched at all. The most notable takeaway, Haenschen says, is "Candidates should definitely think about unintended potential consequences. It shows why it's important to use a professional graphic designer to create a logo and invest a little bit so to make sure you're conveying what you want to convey." 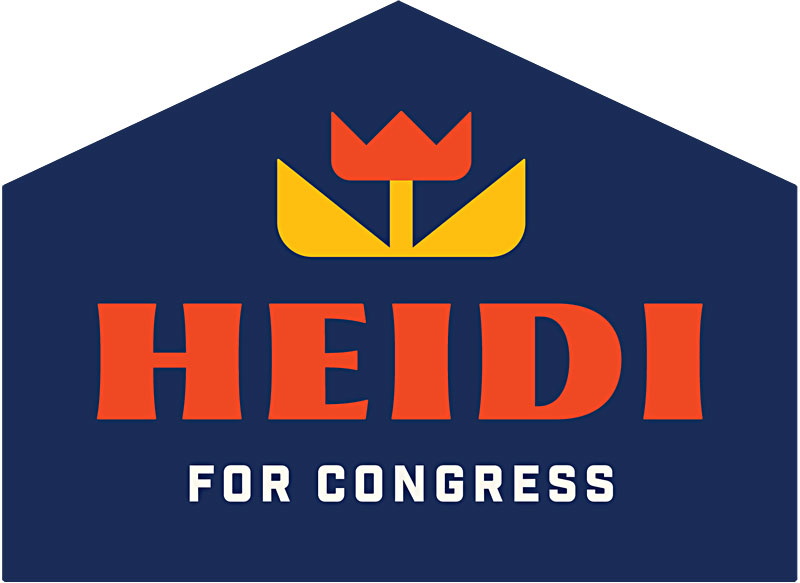 We asked Haenschen to take a look at some of the campaign graphics in our local races right now. In the CD-25 contest between Heidi Sloan and Julie Oliver, the former's blockier sans serif font and the latter's tall, skinny nameplate reflect the findings of her research: "Heidi's skews more to a primary challenge and Julie's slightly more to a competitive general election." (Oliver was the general election candidate in this district in 2018.) She notes both women's logos lead with their first names, which her ongoing research – looking at a wide range of campaigns from 2018 – suggests is more typical of female candidates; interestingly, Oliver used a different logo, leading with her last name, in her prior race. "Clearly, both of these campaigns have put some thought into this," Haenschen says.

A version of this article appeared in print on February 28, 2020 with the headline: You’re Not My Type(face)