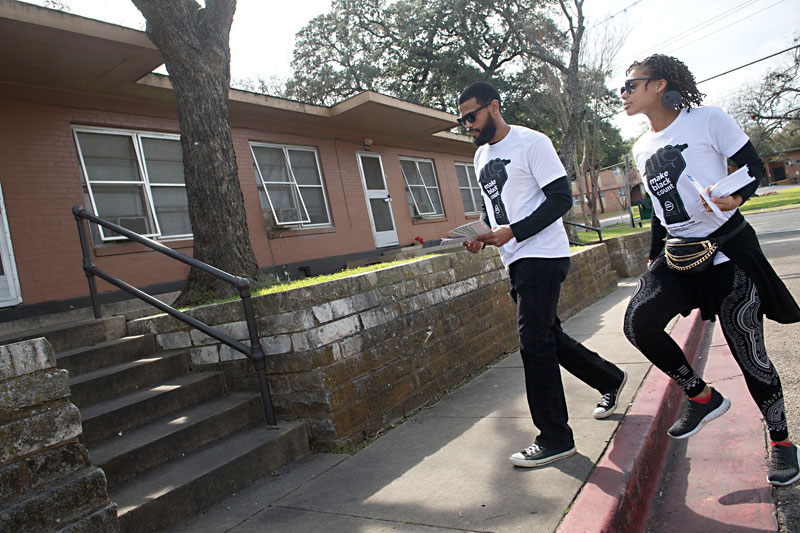 War on Abortion Rights: On Tue., Feb. 25, the ACLU of Texas and its national parent organization filed a federal lawsuit against seven East Texas towns over local abortion bans. The suit argues the towns have violated pro-choice advocates' rights to free expression and association under the First Amendment by passing ordinances seeking to ban abortion and condemn pro-choice groups as "criminal organizations." See more online.

APD Investigation Still Churning: City officials announced Mon., Feb. 24, an investigation into allegations of bigotry against Austin Police leaders won't be completed by the end of the month. The investigation, conducted by former Bexar County A.D.A Lisa Tatum, was set to conclude in February, but City Manager Spencer Cronk reports she is still working – with cooperation from APD and city staff.

Abbott Helps ATX? Gov. Greg Abbott offered to lease his campsite for people experiencing homelessness to the Chamber of Commerce-led nonprofit ATX Helps for $1 a month, and the deal could move forward as soon as Feb. 27, pending a vote from the Texas Transportation Commission. If the deal goes through, and it appears likely to, ATX Helps would build a 150-bed "sprung" shelter, a mega tent structure that could grow to 300 beds. The nonprofit would partner with a homeless services provider to provide health care and other navigation services.

New Shelter Beds: The Salvation Army's Rathgeber Center finally opened to families on Wed., Feb. 26. The shelter was completed last summer, but funding delays prevented it from opening until now; it will offer 120 emergency beds and 92 extended stay beds to anyone with a child. The center will also offer case-management services to clients, and free up space in the Salvation Army's Downtown shelter.

Apply Without Fear: The Trump administration has issued a new "public charge" regulation, rejecting immigrants who might use public services. In response, the Central Health health care district is informing clients that federal restrictions do not affect its local Medical Access Programs for immigrants. "We encourage all uninsured Travis County residents to apply without fear for MAP and MAP BASIC," Central Health announced, "and get the health care they need."