The Texas State Board of Education, a perennial hotbed of right-wing ideology and clownery, could see a major political shift this election cycle, with four Republicans departing and four incumbents facing challenges. Marked by its divisive and downright embarrassing debates over evolution, history, and ethnic studies, the 15-member SBOE – when not mired in debating whether Moses was a Founding Father or if slavery maybe didn't spark the Civil War – is in charge of managing the $44 billion Perma­nent School Fund, approving charter schools, and adopting curricula and textbooks for the state's 5.4 million public school students. (And because Texas is so big, those decisions can cause ripples throughout the nation's educational materials markets.) This year, the board is set to debate the health curriculum, which includes sex education, and biology, which includes evolution and climate change; the members elected in November will decide how Texas textbooks address these politically charged topics.

The vigor of the board's ardent right wing has waned since the years of avowed public-school foe Cynthia Dunbar, young Earth creationist Don McLeroy, and world-class homophobe Terri Leo, but strong social conservative voices remain on the mostly Republican board. However, their power may dwindle further as other right-wing veterans – including Barbara Cargill, R-The Woodlands, and Ken Mercer, R-San Antonio – head for the exits.

"The conservative influence is still there – that's why church-and-state separation is still questioned, that's why textbooks say the root of democracy is founded in the Old Testament. But some members of the religious right old guard – who have been some of the most hardcore members of the board for two decades – decided not to run again," says Dan Quinn of the Texas Freedom Network, a veteran watchdog of the SBOE's culture wars. "This election is probably one of the most consequential for the SBOE in probably a couple of decades."

Central Texas voters will weigh in on two key races in both the March primaries and the November general election. Districts 5 and 10 divide Travis County in half (surprise!) between two GOP incumbents – in the southern D5, Mercer, who's retiring after 14 contentious years; and in the northern D10, Tom Maynard, R-Florence, in office since 2013. Both races feature contested primaries on the Democratic ballot.

Texas State University English and film professor Rebecca Bell-Metereau is making her fourth bid to fill Mercer's seat. As the Dem nominee in 2010, 2012, and 2016, her margin of defeat narrowed each time, down to a slim 4% in her last run, granting supporters and onlookers optimism that she could very well turn the seat blue this go-around.

"I have a strong vision of what the SBOE can be, and I'm not going to quit, especially now," she says. "Because of the district's shifting demographics and the work I've done getting to know all 13 counties over the past decade, I think it's definitely possible that we can flip the seat this time."

Bell-Metereau, an author who has volunteered with San Marcos ISD and served on the San Marcos Planning and Zoning Com­mission, touts her research and curriculum development experience. Among her many priorities if elected, she hopes to ensure that those who travel to Austin to testify before the board are guaranteed time to speak with a more "disciplined" public comment process; that subject-area "experts" appointed by the board have actual academic qualifications; and that the SBOE adopts a more rigorous approval process for charter schools. With climate change in mind, she also wants to see investment of the PSF shift from fossil fuels to renewables over time. So far, she's scooped up endorsements from the Austin Environmental Democrats, Liberal Austin Dems, San Antonio's Stone­wall Dems, NxNW Dems, and the Texas State Teachers Association. 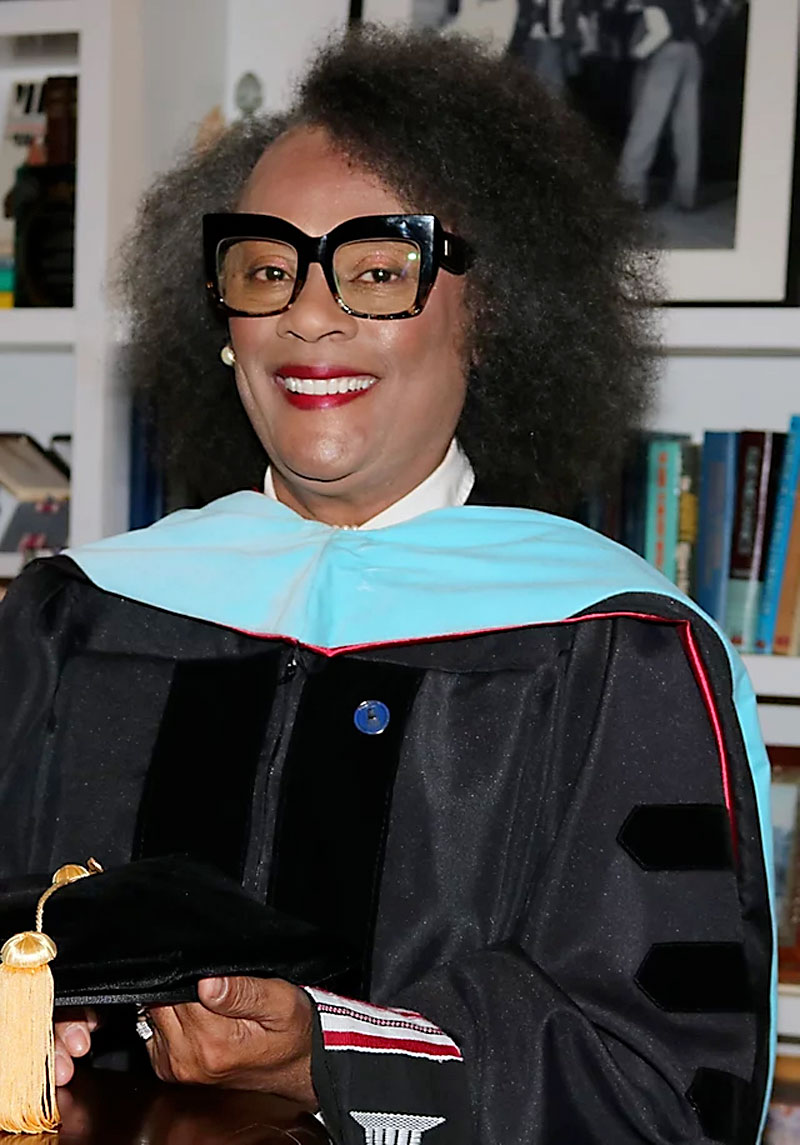 When it comes to sex ed, Bell-Metereau strongly supports a comprehensive, evi­dence­-based curriculum that teaches informed consent, sexual orientation, and gender identity. She believes students in pre-K should begin to learn about human anatomy. "Abstinence-only sex ed not only doesn't work, it is actually detrimental to kids," she says. "We need to start educating children about their bodies from early on so they know things aren't scary or weird."

With the caveat that she isn't "trying to be mean," Bell-Metereau winces at the fact the incumbent believed the Earth was 10,000 years old. "It was unbelievable," she says of Mercer's religious-right views, including evolution denialism. "He was woefully ignorant. We don't have time to waste anymore wondering if things like global warming are real. We need to equip students with the tools to solve these big problems for the future."

Bell-Metereau will face off against newcomer Letti Breshanan, who has spent two decades serving public schools. A former PTA president, Breshanan sat on San Antonio's North East ISD school board for eight years. She's currently a board member for Education Service Center Region 20 (which oversees 56 school districts and 32 charters) and a UT Health Science Center director of continuing medical education. "I know what it means to work with other board members and know what it means to progress your schools," she says.

Aside from ensuring curriculum is factual and unbiased, Breshanan stresses making certain the SBOE is maintaining a fiscally responsible approach to the PSF. Breshanan vocalized "concern" about charter school expansion, stressing the need to hold charter operators to the same standards as traditional public schools by heavily scrutinizing applications. She, like her primary opponent, supports an evidence-based sex ed curriculum.

One of the two will face the winner of the sure-to-be-lively D5 Republican primary, which features (Mercer-approved) speech pathologist Lani Popp, charter school champion Inga Cotton, and notorious former Travis County Republican Party Chairman Robert Morrow, ousted in 2016 for his abrasive antics and vocal criticism of the Trump presidency; in January, the Travis GOP took the unusual step of publicly disavowing Morrow via resolution. (County political parties typically do not intervene in contested primaries, they noted.) Adopted by unanimous vote of party leaders, the resolution states Morrow has a "history of misogynist and vulgar language" and has made "outrageous and slanderous allegations about President [Donald] Trump, members of the Bush family, and Governor Rick Perry, among others."

Incumbent Maynard – former head of the Texas Future Farmers of America Assoc­ia­tion – will square off against either Marsha Burnett-Webster, a retired school teacher and administrator of more than two decades, or Georgetown ISD school bus driver Stephen Wyman.

With a doctoral degree in public education administration, Burnett-Webster prides herself on her experience working on curriculum and textbooks. Her priorities include reviewing history curriculum for factual and cultural accuracy; ensuring standards are aligned with college and work expectations; focusing on student needs when it comes to standardized testing and not on "arbitrary mandates"; and charter school accountability (she opposes the public funding of charters). "I want to use my knowledge base on the board to focus on getting children prepared for college and beyond – not be distracted by political issues," says Burnett-Webster, who has attracted endorsements from Central Aus­tin Democrats, Liberal Austin Dems, Stone­wall Democrats of Austin, Austin Environ­ment­al Dems, and NxNW Dems.

Pointing to the state's high teen birth rate, she supports comprehensive age-appropriate sex ed curriculum including instruction on gender identity and sexual orientation. "Abstinence education isn't working; it's not based in reality," says Burnett-Webster. "We can't sugarcoat things or ignore them."

Wyman, who also serves as a substitute teacher, says he supports a closer review of how the board manages the PSF and higher standards for subject-area experts. "I believe in accuracy, and I don't think the Republican incumbents are doing a service to students of Texas," he says.

A version of this article appeared in print on February 21, 2020 with the headline: Clipping SBOE’s Wing(nut)s