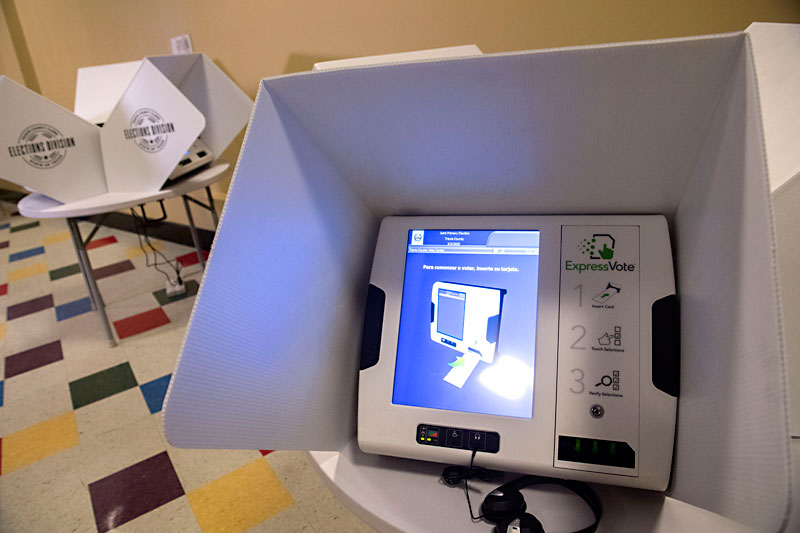 Rubber, Meet Road: Early voting began this week for the March 3 primary election; info on where, when, and how to vote can be found on the Travis County Clerk's website. If you haven't used the new voting machines yet, you can also see a video tutorial there – including the reminder that you haven't yet voted until you've deposited your ballot in the scanner designed to accept and store it (enabling recounts). It's not a souvenir: Don't walk away with your ballot!

All the Info That Fits: Folks still needing to bone up can visit our election page as well as our endorsement litany in this issue and online. This issue also includes the extremely nonpartisan League of Women Voters' guide; more info at www.lwvaustin.org. We also welcome back to the endorsement scene (after several years' dereliction) our friendly competitors at the Statesman; they've got candidate questionnaires and videos of endorsement interviews over at their place...

• The Austin Bar Association and Austin Criminal Defense Lawyers Association released their "preference poll" of attorneys' choices in local legal races; Moore garnered 53% (536 votes), with Garza at 14% and Erin Martinson at 8%. Views on the county attorney race were more closely divided, with Laurie Eiserloh at 30.5%, Mike Denton at 26%, and Delia Garza at 15%. Sheriff Sally Hernandez led her challengers easily, with 59%. Among the district court races, the closest preference poll was in the 167th, where incumbent David Wahlberg (49%) faces Dayna Blazey (23%). And in the hotly contested County Court at Law No. 4 race, appointed incumbent Dimple Malhotra came in at 25.5%, Margaret Chen Kercher at 22%, and Tanisa Jeffers at 12%.

• In the race for U.S. Senate, U.S. Rep. Joaquín Castro, D-San Antonio, has endorsed Austin and Chronicle favorite Cristina Tzintzún Ramirez, saying Tzintzún Ramirez "understands the Texas of today and ... has a positive vision for our future ... [and] an extensive track record working on behalf of Texans to secure living wages, protect immigrant communities, and engage our young and diverse electorate."

Open Mouth, Insert Foot: Houston appellate Judge Jerry Zimmerer, a candidate for chief justice of the Texas Supreme Court, undoubtedly has a high opinion of himself – he likes to tell forum audiences he's the "best educated" judge in Texas. As to his primary opponent, District Judge Amy Clark Meachum of Austin, he told the Texas Tribune she is running for only a "selfish" reason: to be the first female chief justice. Not content to quit while behind, he denigrated Meachum's experience (she's been a judge since 2011; Zimmerer was first elected to the 14th Court of Appeals in 2018), describing her as a "lowly trial judge," adding that unlike Meachum, "I actually want the best candidate to win." Meachum responded: "If he chooses to disparage a more qualified and experienced judge because of her gender, he'll find himself on the wrong side of history. These sorts of sexist comments are straight from the 1950s."