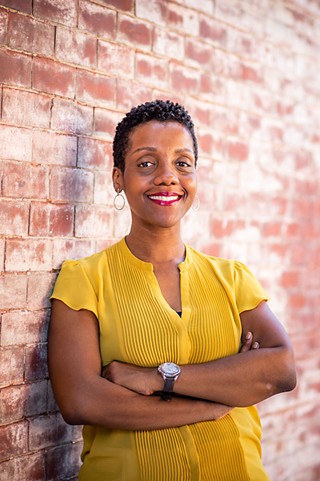 Last week, in a culminating vote that took roughly one minute, Travis County Commissioners Court took the next major step toward establishing a public defender office: appointing University of Virginia Law School lecturer Adeola Ogunkeyede as the county's first chief public defender. According to the official announcement, Ogunkeyede will provide "robust and client-centered representation to adults accused of misdemeanor and felony offenses ... and improve the quality of public defense representation countywide." Congratulating the new appointee in a press release, County Judge Sarah Eckhardt said, "I am confident Adeola has the skills, experience, creativity and commitment to lead the County in producing a Public Defender Office all Travis County can be proud of."

Ogunkeyede has been prominent in public defender work for years, first with the nonprofit the Bronx Defenders (as director of staff development as well as criminal litigation supervisor), and more recently in Virginia as legal director of the Legal Aid Justice Center's Civil Rights and Racial Jus­tice Program. In accepting her new role, Ogunkeyede said, "I am honored to return to the ranks of public defenders who defend local communities, hold the state to account, and promote a more just and equitable society."

When Ogunkeyede's work officially begins (she's scheduled to arrive in April), Travis County will lose its status as the largest jurisdiction in the country without a public defender office, an agency charged with the responsibility of representing criminal defendants who can't afford to hire attorneys. Until now, that job has been performed by court-appointed private attorneys through the Capital Area Private Defender Service. The extended, years-long effort to create the new office required collaboration among county officials, criminal justice advocates, and the defense bar – a protracted process that concluded with a $20 million grant from the Texas Indigent Defense Commission (matched by the county), which will underwrite the first four years of the new program ("$20 Million State Grant Comes Through for Indigent Defense," Sept. 6, 2019).

The eventual plan is for the PDO to represent 30% of indigent cases, with 70% remaining with CAPDS. A sizable portion of the grant will provide new resources to CAPDS attorneys, who will also be transitioning from the current, inequitable, flat-fee (per case) system to an hourly rate structure. The intention is for the two agencies to collaborate for a stronger overall system of indigent defense.

Commissioners welcomed their new hire, as did defense advocate Amanda Woog of Texas Fair Defense Project. "Ogunkeyede hails from one of the best public defender offices [Bronx Defenders] in the country," said Woog. "I saw her public interview, and she really seems to have the 'defender vision' that she intends to bring to Travis County."