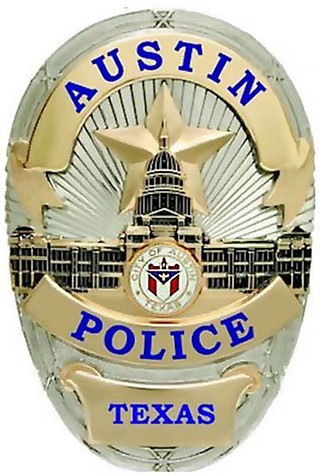 City leaders and criminal justice activists are renewing their calls to finalize a policy regulating how and when footage from body cameras worn by Austin police officers is released. Last week at City Council, during approval of a $48 million contract with Axon Enterprise Inc., the company that provides APD with Tasers and the body cams officers wear, activists said a policy ensuring the automatic and expedient release of body cam footage in use-of-force cases or when officers are accused of misconduct would foster greater trust in police-community relations.

In later incident reports, both officers falsely wrote that Perkins looked like he was about to flee. The body cam video shows, however, that Perkins was on his knees with his hands in the air. The incident led to a civil suit filed by Perkins, which the city settled for $75,000; the officers faced criminal charges including assault, tampering with physical evidence, and official oppression and abuse of official capacity. Pfaff and Petraitis were acquitted at trial but fired from APD by Chief Brian Manley after he concluded that aspects of their incident reports were "simply not true."

Harris told the Chronicle that the Perkins case shows the "promise and problem" with body cams. "We're told [cameras] will improve the behavior of both officers and the people they're interacting with," Harris said, "but if the footage never comes out, it's less likely that the presence of that body cam will impact behavior." To that end, activists have been working with APD and the Office of Police Oversight on a body cam policy since early 2019, and on Feb. 6, Council urged OPO and APD to release that policy by the end of March.

Crafting the policy has been prolonged by unsurprising tensions between activists and the Austin Police Association, with the union warning that releasing body cam video could compromise investigations or threaten the privacy of people depicted in the video. The still-emerging APD policy is modeled after that of the Los Angeles Police Department, which in 2018 mandated that video of "critical incidents" such as police shootings, lethal encounters, and others deemed to be of public interest be released within 45 days. That time frame can be extended to protect the safety of individuals involved, police investigations, or an individual's constitutional rights.

Activists still have reservations about whether an APD policy will meaningfully improve police transparency, given Texas law that allows police chiefs wide discretion in what video footage is released. That discretion can also work in favor of accountability – allowing expedited release of video for what a chief determines as "law enforcement purpose." Advocates argue that trust between police and the communities they serve should be a goal of APD, and thus qualifies as a reason for making more video public rather than less.

In addition to the types of incidents specifically addressed by the LAPD policy, Harris told us instances of misconduct that don't result in injury or death should be considered. "We're erring on releasing more types of events," Harris said, "because doing so would better help body cams serve their intended purpose, which is to improve accountability."

APA President Ken Casaday hadn't seen the specific policy language being considered as we went to press, but he told us he's generally in support of releasing footage when an officer shoots a person. He's open to considering other interactions as candidates for automatic release but would first like to see a trial period where only video from shootings is released. While Casaday shared some concerns raised by officers – that releasing video could violate due-process protections for alleged offenders and could negatively affect the families of shooting victims – he concludes that greater transparency is a benefit to both officers and the public. "I want citizens to see what we see," Casaday said. "How devastating it is for an individual to get shot, and how devastating it can be for the officer to use lethal force."