Progress on Austin FC Stadium on Pace for Spring 2021 Opening 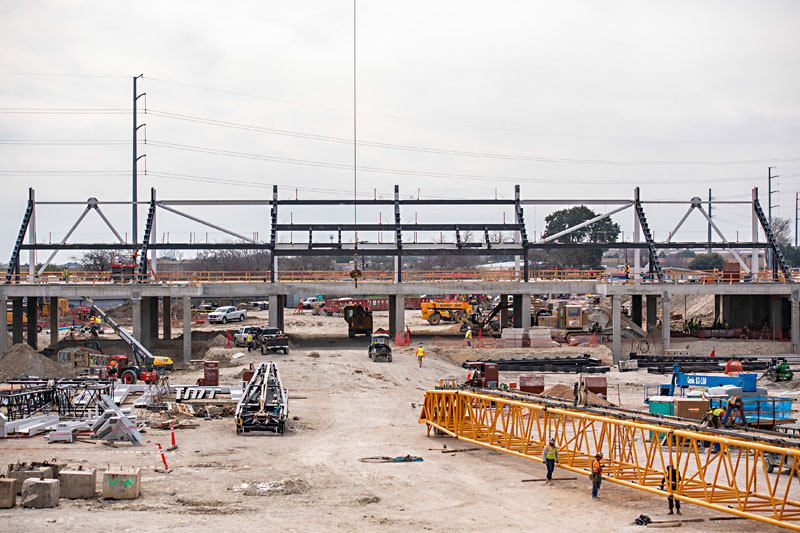 As of Feb. 4, construction workers have met all schedule demands for completion of the 20,500-seat Austin FC Stadium at McKalla Place, near the Domain in Northwest Austin.

"We'll have a better sense of the exact [opening] date when we get through the finalization of the structure in late June or July of this year," said Austin FC President Andy Loughnane on a Tuesday tour of the site. "There's so much construction in this area, so we have to manage our schedule around other projects that are being developed, but we are on target for a spring 2021 delivery." 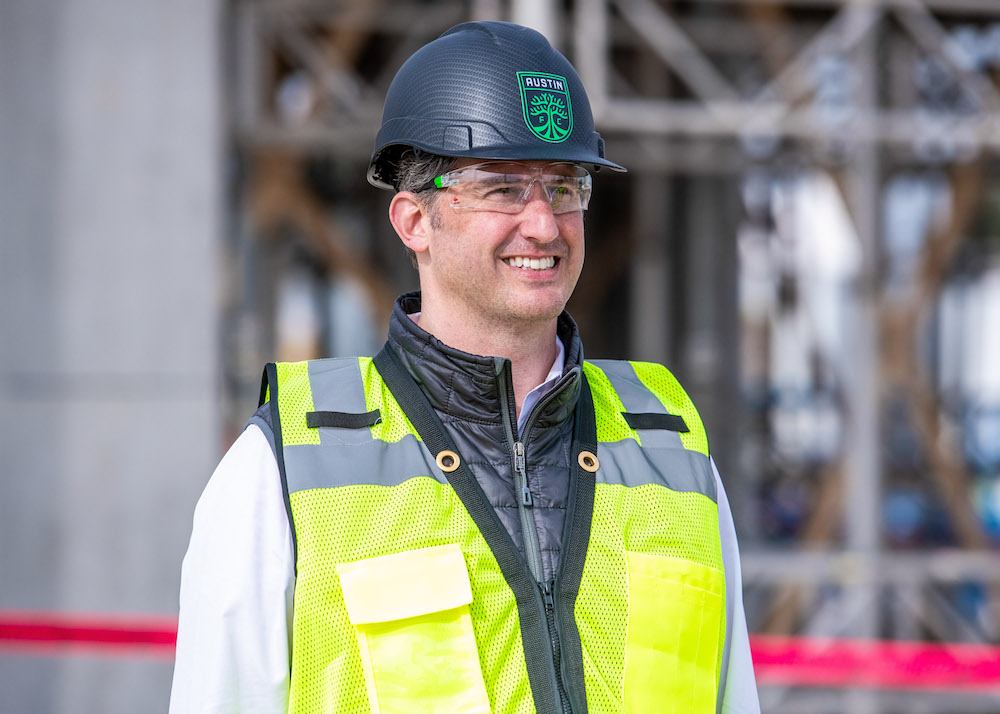 Since the groundbreaking ceremony in September, workers have made significant progress at the 24-acre site: excavating an enormous pit for the field, building the framework for the eastern, southern, and western grandstands (the latter's lower level will include the premium Field Club and locker rooms), and erecting the three-story North Building's ground floor, home to the box office and merchandise shop, which will be open 10am-5pm, Monday through Friday, in addition to event days.

As for the top two floors' purpose ... "We haven't announced [those] yet – we're working on it," said Loughnane, refusing any specific hints. Also already in the works is special grass being grown at a sod farm in Arizona, slated for installation this fall. Considering the stadium's colossal capacity, detractors have argued the planned 835 parking spaces is too scant. But Loughnane feels confident their multimodal strategy – which includes "thousands of spaces found within a 15-minute walk," parking at the Domain, and encouraging patrons to rideshare, carpool, bike, and even walk – will succeed.

"For us, this is a huge point of pride," said Loughnane. "We'll deliver what's going to be an asset for the community."