A community considers its roots 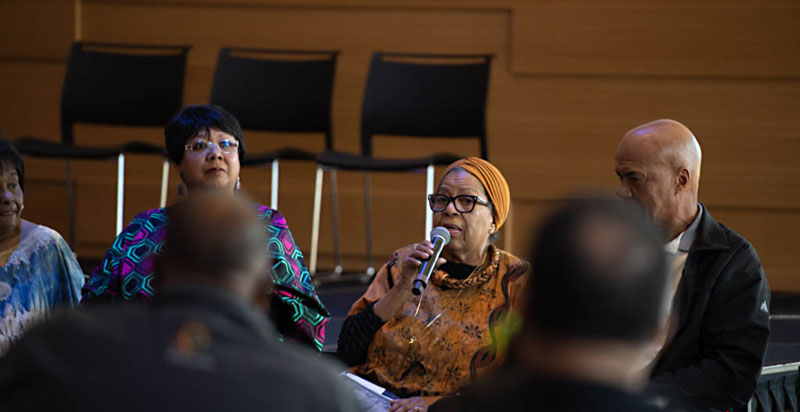 In visiting Growing Your Roots 2020: The Inaugural African American Genealogy Conference – the first event of its kind in the state – I found myself this past weekend in a strange admixture of emotions as an attendee and as a panelist. There aren't a lot of public spaces for the African American experience; for this auspicious event to have been sanctioned by the city of Austin brings a measure of promise to comparable future events. Simultaneously, in listening to the stories of longstanding Black Austinites, the notion of a city complicit in – and even the direct cause of – so much Black struggle housing this event felt only vaguely reconciliatory and short-armed.

It was intriguing to sit on the panel "Black Roots in Austin, Texas: A Discussion With African American Legacy Families," where Black elders described generations of city building as happening upon them. This isn't to suggest the discussion was a dreary affair; most of the panelists illustrated deep and rich histories, some dating back to the 19th century. One woman, Ada Stewart-Harden, expressed this duality. First she described a "wonderful" experience growing up in East Austin as the last of nine children. She also comes from a lineage of well-educated people and added that she currently has "a grandson and five nieces and nephews at Huston-Tillotson University."

Eventually, though, it became a conversation about the community's losses, driven by an economic violence underlined and underwritten by the city. Stewart-Harden, a graduate of L.C. Anderson High's class of 1954, said her mother asked her, "Why are you moving out so far out of town?" when she purchased her home near Webberville Road.

"Now I get letters all the time about whether I'm going to sell my house," she noted.

Another elder, Dr. Beulah A. Jones*, said, "You haven't lived until you leave your house to go wherever you're going, and come home and see a 'For Sale' sign in your yard."

The most visceral comments I heard were from Volma Overton Jr., the namesake of the notable civil rights activist and president of the NAACP's Austin chapter from 1962 to 1983, who marched beside Dr. Martin Luther King Jr. in the fateful march to Selma, Ala. Overton discussed the necessity of remembrance of what was in East Austin, not unlike the other elders. He also described the intermittent suspension of public services for Blacks residing in the Clarksville area, and other wrongs never made right by the city.

However, unlike the other guests of honor, Overton's words were washed in palpable rage. It was more than the rusted bitterness that settles in, resolved to the reality of things past; it was as if the events had only just happened: "A lot of us are angry about what happened to us, what they did to us. I'm still angry."

Overton, in truth, serves as proxy for the simmering, unresolved anger and resentment of generations of Black Austinites. It is unlikely they ever will be resolved. As great as the event was, it was born out of the idea that Black people must make themselves whole.

Because we've never seen any comprehensive restitution in this country, it made me wonder: How does a city in Texas, or the South, make amends to Black people? Where do ideas of rectification and equity even begin in places uncommitted to practical anti-racism, nor ready take accountability and slough off its warts?

Editor's Note: In a previous version of this article, Dr. Beulah A. Jones was incorrectly cited as Dr. Beulah Dukes. The Chronicle regrets this error.