Election Ticker: From Warren to WilCo

Elizabeth Warren weighs in on the D.A. race 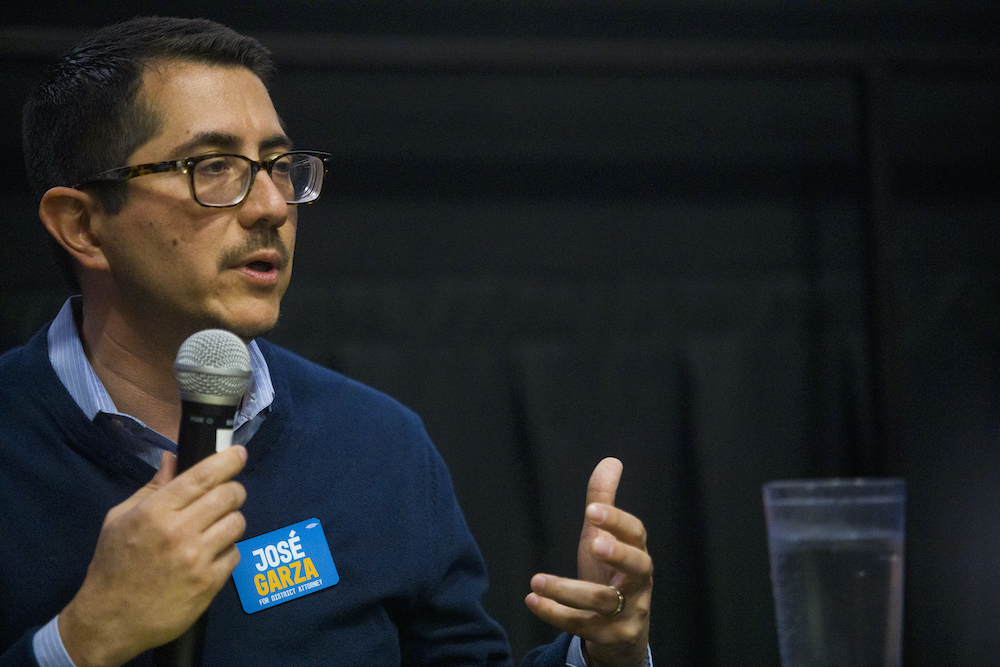 "I'm completely surprised and complete­ly grateful," said José Garza of the endorsement (announced Tuesday) of his campaign for Travis County District Attorney by presidential candi­date Elizabeth Warren. Garza said he learned of Warren's support only the night before, and was quick to call it a "real testament to the people who have knocked on doors for us and called people and created a buzz for our campaign." Of the three candidates (the others are incumbent Margaret Moore and Erin Martinson), Garza apparently has the most national connections – he was originally endorsed by the national criminal justice reform group Real Justice PAC – but he insists that "the over­whelm­ing majority of our support is right here in Travis County" and that "we're the only campaign that didn't pay our way onto the ballot [instead submitting collected signatures]. ... We're supported by real people in Travis County who want a change of direction at the D.A.'s Office."...

Indirectly, Warren's endorsement recalled an odd recent incident (and lingering question) on the campaign trail. At a Jan. 21 candidate forum hosted by the Austin Criminal Defense Lawyers Association, Travis County Attorney candidate Dominic Selvera was asked if his number of out-of-state donors suggested he was more a national candidate than a local one. Selvera was understandably flummoxed, because (as he responded) he had raised much less money than his three opponents, and virtually all of it from small local donations (confirmed by campaign finance records). The question was abruptly withdrawn with the explanation that it had been intended for another candidate, José Garza, in the prior D.A. panel. Asked later by the Ticker about the issue, Garza acknowledged that his campaign reflects a national movement, but said not only is most of his fundraising from local sources, his growing list of local endorsements – e.g., the South Austin Democrats, the Liberal Austin Democrats, UT-Austin Dems, several labor endorsements – confirms "an incredible amount of local support. ... I'm very proud of what we have put together."... A curious post hoc thread has surfaced in the Travis County Commissioner Precinct 3 primary, where four Dems (Valinda Bolton, Ann Howard, Sheri Sol­tes, and late-filer Shiloh New­man) are running to succeed retiring GOP incumbent Gerald Daugh­erty. Soltes has resurrected 10-year-old ethics complaints made against Bolton in her campaigns for Texas House District 47, a seat she held from 2007-10. After her loss to Paul Workman in the 2010 tea party tsunami, Bolton paid a $2,000 fine to the Texas Ethics Commis­sion for inaccurate and incomplete campaign finance reports – specifically, over-reporting some donations and incomplete information about donors and expend­i­tures. Soltes calls the violations "a threat to the entire Demo­cratic ticket" and suggests Bolton can't be trusted to help manage the county budget. An unamused Bolton campaign issued a statement: "What amounted to clerical errors and common misinterpretations of complex campaign finance law was quickly resolved. There was no finding of ill intent or intentional deception. This complaint was part of a coordinated effort by Tea Party Republicans [that] has no place in the 2020 Democratic Primary."...

And Then There Were Four

Williamson County Democrats held a TX-31 congressional candidate forum Saturday afternoon, Jan. 25, at the Round Rock Central Library – landing, after a full four hours, somewhere between exhilaration and exhaustion. Nine WilCo Dem clubs submitted questions that were posed to the candidates by moderator Moisés Chiullán (opening joke: "Let's send [incumbent] John Carter to Mars"). About 100 folks were in the audience (at least for the first hour). Of six candidates on the TX-31 primary ballot, four attended: musician and retirement counselor Eric Hanke, businessman Dan Janjigian, family physician Christine Eady Mann, and Round Rock City Council Member Tammy Young. (Attorney Mike Grimes has withdrawn for family reasons, and businesswoman Donna Imam made the "calculated decision" to spend the day canvassing voters, according to her representative on hand.) The candidates did not differ dramatically on most issues – expanding health care, ending mass incarceration, combating climate change, welcoming immigrants, ending gun violence, etc. There were some distinctions on strategy: Hanke, Janjig­ian, and Young all suggested that Dems need to appeal to "moderates" or "swing voters" in the Williamson/Bell County district, but Mann said polling indicated very few swing voters in the 2018 contest between Carter and MJ Hegar, meaning the Dem nominee should focus on expanding the base and increasing turnout. More surprising was unanimous support for term limits, with none of the four raising the traditional argument that such limits transfer power from elected reps to lobbyists and their corporate sponsors. (Video of the first half of the forum can be found on the Williamson County Democrats Club Facebook page.)

Follow our continuing coverage of the campaign trail at austinchronicle.com/elections. 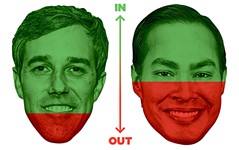 The Beto-Castro-Meter: We Need to Talk About Julián ...
Can Castro soldier on to Iowa, New Hampshire, and beyond?