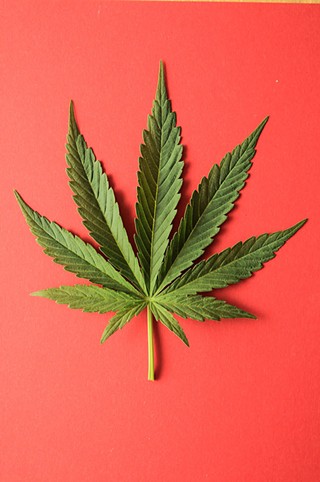 City Council unanimously approved at its first regular meeting of the new year, on Jan. 23, a resolution directing City Manager Spencer Cronk to work with police Chief Brian Manley on eliminating citations and arrests to "the furthest extent allowable under state law" in most low-level possession of marijuana (POM) cases.

But let's get one thing out of the way: Council did not legalize or decriminalize the possession or distribution of marijuana, in any amount; that is regulated by state law, beyond the reach of our local elected leaders. In a press conference on Friday, Jan. 24, Manley made his interpretation of the resolution clear: "Direction given to officers has been [that] we have not changed our enforcement protocols today." Manley said low-level possession cases are a low priority for the department – making reference to its "cite and release" policy – but added that POM "is still illegal, and APD [Austin Police Department] will still enforce marijuana laws. If officers come across someone smoking or possessing marijuana, they will deal with it."

What the resolution did do, however, is ensure that APD's "dealing with it" comes with no criminal consequences for Austin's low-level cannabis users. They can face arrest or a ticket for the offense, but officers know the alleged offender will never receive a criminal penalty or even a court date.

After the Texas Legislature passed a law last year legalizing the possession, sale, and cultivation of hemp, prosecutors across the state realized they could no longer prosecute low-level POM cases without lab results confirming the substance was not legal hemp. The resolution, introduced by Council Member Greg Casar, ensures that in Austin the situation will stay that way; it prohibits APD from using city "funds and personnel" to acquire the technology and methodology necessary to test for THC concentration. Manley acknowledged APD's crime lab was trying to acquire that technology, but said the effort would cease following the resolution's passage.

The advocates who worked to craft the legally nuanced resolution have responded to Manley's insistence that officers would continue to "take enforcement action" against POM offenses with frustration and confusion. From their perspective, the resolution offered opportunities for APD both to achieve greater racial equity in enforcement and to reinvest the resources spent on enforcing POM offenses in other ways that can benefit public safety.

Data from APD shows that in 2019, a total of 432 citations were issued for marijuana offenses. Of those, 364 went to Black or Latinx Austinites, while just 64 went to white residents – despite similar levels of marijuana use among all three populations. So stopping enforcement of low-level cannabis offenses (see "Council Unani­mous­ly Votes to End Low-Level Pot Enforcement," Jan. 24) could reduce the disproportionate impact arrests and citations have on Austin's Black and brown residents.

"It's outrageous for APD to be pointlessly writing these worthless pieces of paper," Emily Gerrick, an attorney with the Texas Fair Defense Project and an architect of the POM resolution, told us on Monday, Jan. 27. "Resources could be much better spent trying to address those types of racial disparities in the first place, such as with anti-implicit-bias training."

Ana DeFrates, co-founder of the Surviv­or Justice Project, a policy group that advocates on behalf of sexual assault survivors, agreed and said the "time, energy, and money" spent on enforcing POM offenses should be invested instead in "police trainings for trauma-informed care, pursuing increased staffing for sexual assault investigations, [and] investing in translation services for criminal justice processes."

APD did not reply to questions from the Chronicle before we went to press about how reduced enforcement of POM cases could affect resources for other department needs, but Austin Police Association President Ken Casaday offered some insight. Even if officers stopped arresting people or writing tickets for the offenses, he said, they would still have to file paperwork over any marijuana confiscated in a stop – though presumably less than would be involved in an arrest/citation and confiscation.

Either way, Casaday described a department staffed with at least some officers who view enforcement of POM offenses as a waste of resources. "Officers in general are supportive of the chief and his policy," Casaday told us, "but there are also officers who feel it's a waste of time to arrest when we know it's not going anywhere." The result is likely to be not much different than where we were before the Council vote – individual officers will have the discretion on whether or not they should arrest or cite a person for a low-level POM offense.

Even just enforcement can still come with severe consequences. An arrest without a conviction can still affect a person's ability to acquire housing or maintain a job, not to mention the personal financial cost. Still, Casar offered, consequences for POM in Austin have changed. "Before, if you got a citation for marijuana, that citation could result in marijuana being tested and end in a criminal conviction," he told us. Now, "any citation police give out will come without a court case or criminal penalty."

Casar and advocates don't intend to stop there. Manley will report back to Council in May with recommendations on how APD can adjust policy to achieve the resolution's goal of eliminating enforcement of POM offenses to the furthest extent allowed under state law. "We're going to push between here and May to make sure the resolution is implemented appropriately," Casar said. "That means a review of state law to eliminate arrests for as many low-level offenses as we can."

The POM resolution dominated the Jan. 23 Council meeting, but here are a few other items of note. ...

• A resolution from CM Paige Ellis calls for a study of how the "ecological health and safety" of Austin's waterways can be improved – including looking at the illegal dumping of scooters. The study is estimated to cost $500,000, and the funding may need to come from next fiscal year's budget.

• Austin law firm Scott Douglas & McCon­ni­co will be hired to defend the city in the suit filed over whether or not individuals have a right to protest new zoning under the Land Development Code Revision process. CMs Kathie Tovo, Leslie Pool, and Alison Alter voted against it; Ann Kitchen abstained. The first court date in the suit is set for Feb. 18. Council also approved legal fees for a joint suit against Kinder Morgan over the Permian Highway Pipeline, which would run through parts of the Edwards Aquifer.

• And just days before the annual Point in Time Count (see "People Experiencing Homelessness Are More Visible Than Ever..."), Council approved $612,336 to continue the Guided Path program, which takes a targeted approach to resolving homelessness for those struggling to find housing stability. Since the pilot was launched in October, it has housed 18 people..